Gifted artist, who breathed life into Death, no more

Benu Misra passed away on Wednesday morning at Kahilipara at 80 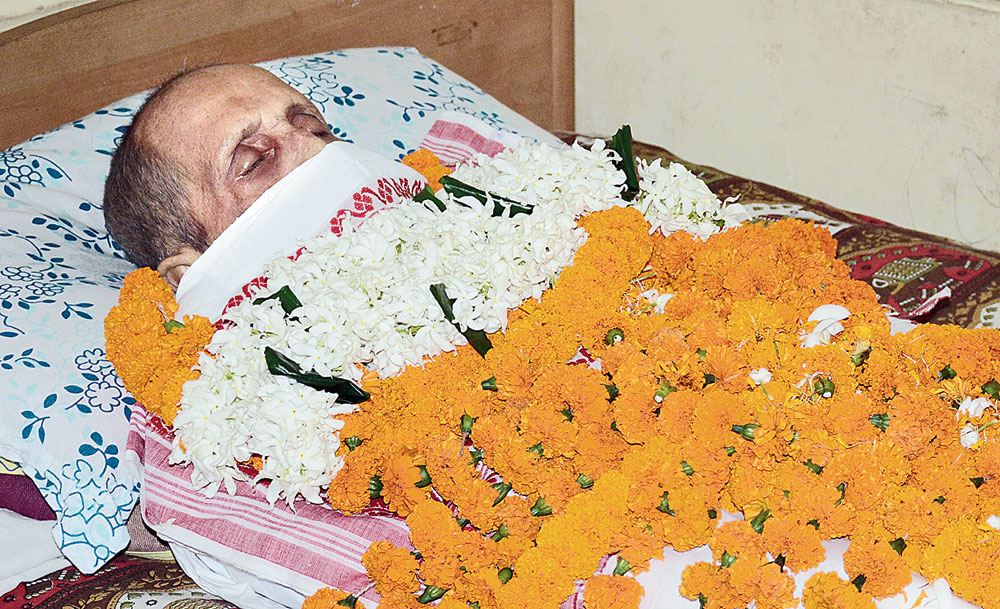 Veteran painter and sculptor Benu Misra passed away on Wednesday morning at his Kahilipara residence here. He was 80.

Misra is survived by his wife, son and two daughters.

He had been suffering from age-related ailments but continued to engage in creative work. His health had deteriorated from Tuesday. Around 6am on Wednesday, when Misra’s wife called him for tea, she got no response. He was taken to a hospital but doctors declared him brought dead.

Misra had developed a passion for painting from childhood, taking inspiration from his grandfather, a drawing teacher in a government school. He passion led him to Visva Bharati, Santiniketan, in Bengal.

Some of Misra’s most admired paintings include Death, Panicky, Hot News, Father and Son, The Chair, Rain over the Brick Field and The Last Supper.

His Death series, born out of the torment of Assam Agitation and lauded as one of his best, mirrors his belief. Painter Nilamoni Phukan had once said the Death series reminded him of American artist Ben Shahn’s popular painting, The Passion of Sacco and Vanzetti.

Misra used oil, acrylic, watercolours and other mediums for his paintings.

His body was taken to Gauhati Artists’ Guild, which he founded in 1976 and served as its founder president, before being taken to Navagraha crematorium for the last rites.

“His paintings include abstract and semi-abstract ideas. Most paintings are figurative, reflecting daily life and Assamese tradition and culture,” said Kishore Kumar Das, painter and general secretary of the Guild.

He created over 5,000 graphic designs for books, journals and newspapers.

His sculptures include those of Kanaklata and Mukunda Kakoti at Gohpur, Mahatma Gandhi at Dhakuakhana, Ecstasy at Numaligarh Refinery and the martyr’s memorial at Dimoria College.

“He was an artist par excellence, who created vibrantly coloured narratives in his paintings. His death is an irreparable loss to the cultural landscape of Assam. I offer my heartfelt condolences to his family, friends and well-wishers,” Sonowal said.