On the visit since October 19, the central team discussed the details at a meeting with senior Assam government officials 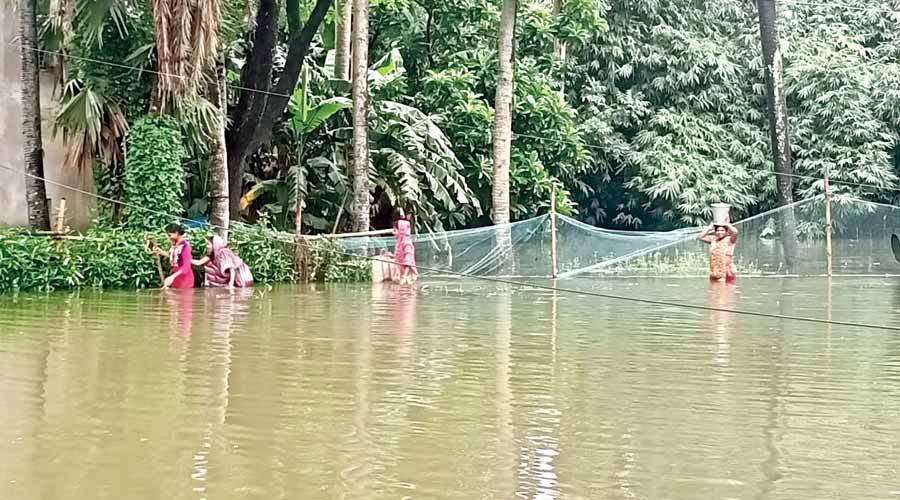 The Assam government on Wednesday urged a central team visiting various districts of the state for on-spot assessment of damages caused by flood and landslides this year to release funds for repair and restoration work.

On the visit since October 19, the inter-ministerial central team comprising seven members from various Union ministries discussed the details at a meeting with senior Assam government officials in Guwahati on Wednesday.

The state government has requested the team to release of Rs 1,088.19 crore it had sought for repair and restoration work, a statement issued by the Assam State Disaster Management Authority (ASDMA) said.

The team headed by Manish Tiwari, joint secretary in the ministry of home affairs, talked about the damages and loss of livelihood and property in the districts of Bongaigaon, Chirang and Lakhimpur it had visited.

“The state government urged the central team to consider releasing funds under the National Disaster Response Force (NDRF) for restoration of damages during current year flood,” the statement said.

It said the team was also requested to consider erosion as an item admissible under SDRF/NDRF in their report to the Centre as the state suffered heavily because of river erosion every year.

Assuring the state government officials in this regard, Tiwari said the team would submit the report with recommendations very soon to the government of India.

The team members were from the ministries of finance, agriculture, cooperation and farmers welfare, jal shakti, power, road transport and highways and rural development.