Toddlers survive riots but struggle with painful past 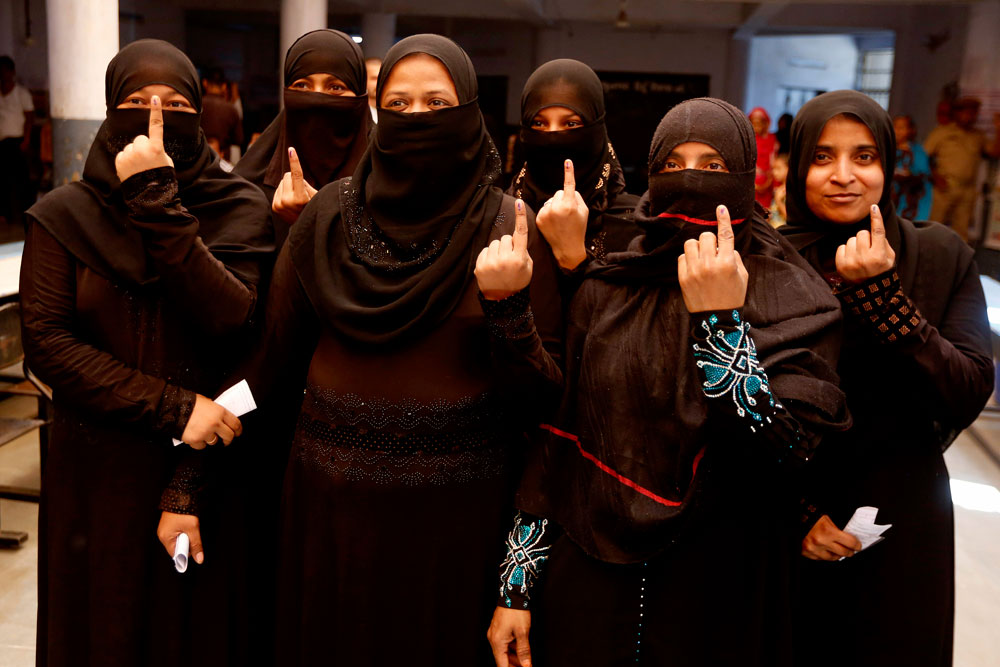 On the night of February 28, 2002, two toddlers living in adjacent alleys were dragged out of a slum district in Ahmedabad that had been set ablaze by a mob in one of India’s worst ever riots.

The attack in the Naroda Patiya area was among scores of clashes in which rights groups say about 2,000 people were killed, mostly Muslims, and including scores of children.

The toddlers who survived, a Muslim boy and a Hindu girl, were both one-year-olds at the time of the riots. Now, 17 years later, they are among an estimated 15 million first-time voters in a general election in which Prime Minister Narendra Modi and the BJP are seeking a second term.

Mohammad Rafiq and Pooja Jadhav, now both 18, met for the first time during the Reuters interview. Jadhav hesitantly acknowledged Rafiq’s presence but said they were too shy to talk.

“I have many Muslim female friends but I don’t talk to Muslim boys,” she said in the presence of her mother.

But despite the silence between them, they have a lot in common.

Both are largely uneducated and work 10-hour-days in menial jobs to support their families, who fled with them from one-room homes on that fateful day. Both want to secure permanent employment but do not have the educational qualifications, and say they want to vote for a party that will resolve this problem.

They also want to get married within their communities, move to better homes and forget the 2002 riots.

But both grew up in a world of communal anger and are wary of people from the other religion. That is also reflected in their politics.

“Even before I understood the word politics or elections, I was told that the BJP is an anti-Muslim political party,” said Rafiq who works at a factory printing election flags with symbols of the BJP and the Congress.

Rafiq’s family-run furniture shop and house were looted by Hindu men during the riots. His father was hit in the leg by a police bullet as he was fleeing the slum and his mother suffered head injuries when terrified people stampeded.

The family lived in a relief camp and later moved into a house situated next to Ahmedabad’s biggest garbage collection site.

“My rage towards the BJP is part of my life story. I can forgive but I cannot forget,” said Rafiq as he stood next to a huge black mound of garbage.

“If Modi ever cared for Muslims he could come to see how we have learned to live with the stench from the landfill. His disrespect for Muslims defines my political choice,” said Rafiq, who said he will vote for the Congress on Tuesday.

Back in 2002, at least 97 people, mostly Muslims, living in Naroda Patiya were killed and 950 houses and shops were set on fire in less than 10 hours.

Modi, the chief minister at the time, has faced allegations of allowing or even encouraging, the Hindu attacks on Muslims, but he has vehemently denied the charges and a court-appointed investigation panel found no evidence to prosecute Modi.

The attacks were in retaliation for the death of at least 59 Hindus after a train carriage carrying hundreds of pilgrims caught fire at a railway station in Gujarat.

Demarcation along religious lines has become pronounced in Ahmedabad since the riots. Hindus refused to sell houses to Muslims, forcing them to set up ghettos on the edges of the prosperous city.

Rafiq’s father sold the house in Naroda Patiya and used the money to start a metal trade business, and buy clothes and items for their new home, which was given to them by a Muslim charity organisation.

“We had a choice to go back and live in the house where my neighbours were killed or live near this garbage site. My father chose the garbage site,” said Rafiq.

Rafiq travelled with Reuters to his old home in Naroda Patiya for the first time in two years. He met his relatives and stood near the house now owned by Muslims not known to him.

“The air is better here. There is no stench. I would have been happier if we lived here,” said Rafiq.

By contrast, Jadhav’s family returned to their partially damaged house in Naroda Patiya after the riots to live among Muslim neighbours.

“We had no choice. Muslim victims left this area and new Muslims came to live here. We are stuck,” she said.

Over a dozen members of 37 Hindu families in Naroda Patiya interviewed by Reuters said they want to live in a Hindu neighbourhood but they lack the financial resources to move.

When Modi became Prime Minister in 2014, Jadhav said her mother, a widow, celebrated his victory.

“Seeing her happy made me happy too. I have nothing against Muslims, but I like Modi,” said Jadhav, who works as a domestic help.

Jadhav says she is comforted by BJP rule, especially living among Muslims. But she declined to say who she will vote for.

“We live in a country ruled by the BJP and Muslims know that they cannot behave badly with us. No one wants riots again,” said Jadhav. She says she enjoys listening to Modi’s speeches emphasising his pro-Hindu brand of nationalism.

“I have heard about the riots and since then I know Muslims and Hindus should not engage after a point. There has to be a boundary forever,” she said.

The teenagers are both products of angry times.

“Children read comic books, fairy tales but we have grown up listening about Hindu, Muslim riots. My vote will be my reaction to our painful past,” said Rafiq as he scanned his mobile phone to play and sing the latest Bollywood song.

“Our time will also come,” he sang in Hindi and smiled at Jadhav. She hesitantly smiled back as she stood at the door of her home.

Defining the secular principle out of the political conversation