Time to lodge an FIR against Narendra Modi: Congress on Rafale 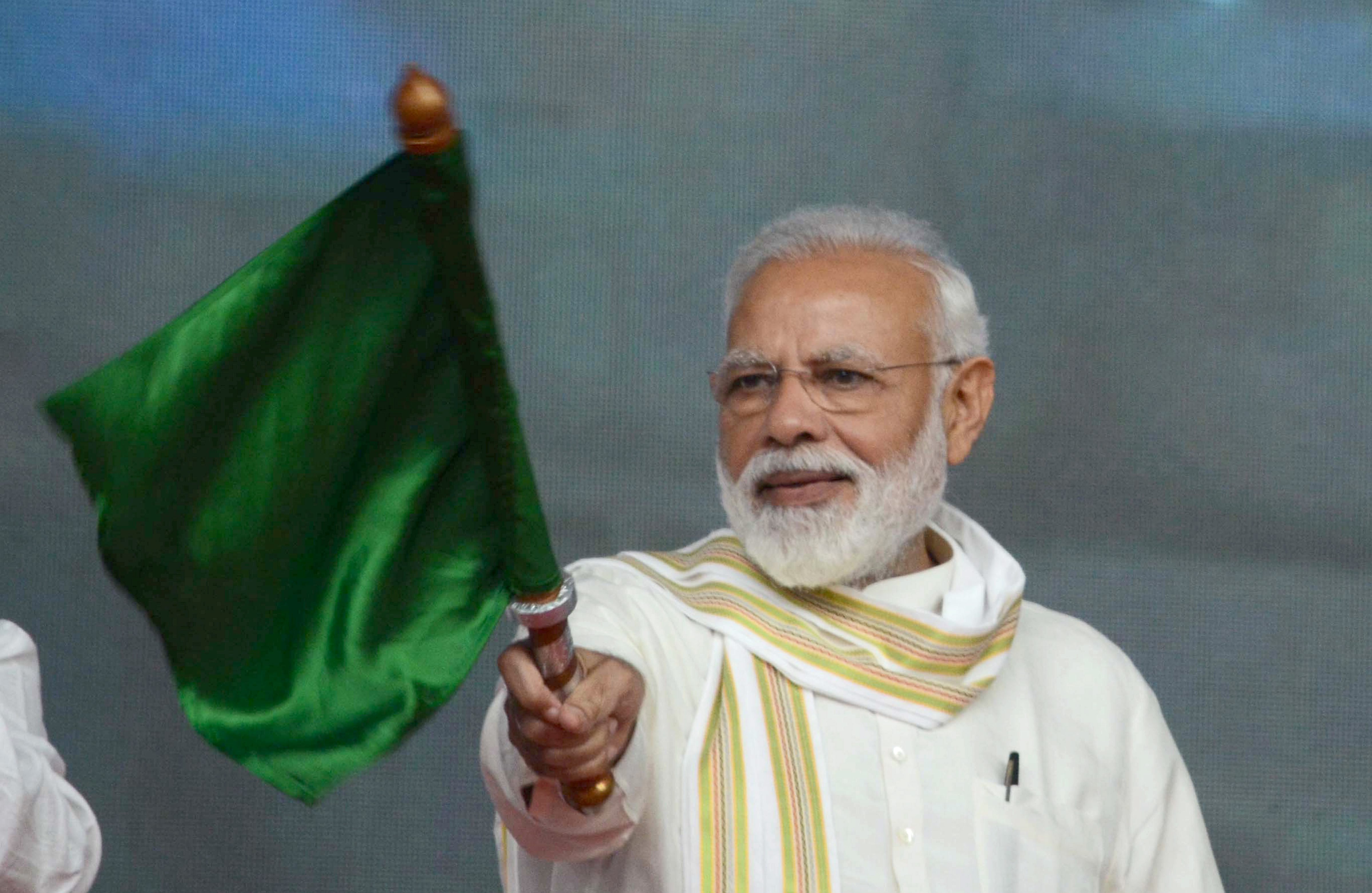 The Congress on Wednesday pointed to the “blatant and massive corruption” in the Rafale fighter jet deal and said the time has come to lodge an FIR against Prime Minister Narendra Modi.

'The corruption and malfeasance in Rafale deal is out in the open. PM Modi misused his office to give benefits to Dassault Aviation and caused loss to the public exchequer,' Congress chief spokesperson Randeep Surjewala told reporters.

'It is now crystal clear that blatant and massive corruption has taken place in the Rafale deal. It is undoubtedly established that Modi misused his office as Prime Minister to grant undue benefit to Dassault Aviation and caused a loss to public exchequer.

'This is a clear cut case under Section 13 (1) (d) of the Prevention of Corruption Act, 1988 and different provisions of Indian Penal Code. Time has now come to register an FIR against PM Modi and every other individual so that a time-bound investigation takes place in this entire sage of Rafale corruption reaching the highest echelons of power,' he said.

Citing a report of the Indian Negotiation Team (INT), now in public domain, he said it is now crystal clear that Modi 'misled Parliament and duped the country to cover up the murky dealings and blatant corruption, besides, squandering away national security interests'.

The Congress leader said that after documents that have come out in the open, the responsibility now lies at Modi’s doorstep. A case should be registered under the Prevention of Corruption Act, he added.

'This conspiracy has now been uncovered,' he said, alleging that Modi did away with the 'bank guarantee' condition to cause a loss to the public exchequer. Neither the cost of India-specific enhancements nor the cost of transfer of technology was included, he said.

He also alleged that bypassing the INT, Modi held 'direct negotiations' to buy 36 Rafale aircraft. The proceedings of INT now establish that the final negotiations were held in France by NSA Ajit Doval on January 12 and 13, 2016, and the final agreement was consequently signed on January 13, 2016.

'This conclusively nails Modi government's white lie. Responsibility for negotiating the 36 Rafale aircraft purchase was that of the Indian Negotiating Team (INT) constituted by the ministry of defence on May 12, 2015. But PM Modi was indulging in direct negotiation with the French, which weakened the credibility of the INT,' Surjewala alleged.

He said Doval was not part of the Indian Negotiation Team (INT) and was not even authorised by the Cabinet Committee on Security for the same.

'Simple question is, how is it the domain of NSA to negotiate and finalise a fighter aircraft purchase deal? Obviously, the PMO and the NSA were doing so under direct instructions of PM Narendra Modi,' he said.

The government has rejected the Congress's charge of corruption in the deal with the ruling BJP accusing the party of spreading lies to target it.