If the Opposition doesn't understand me, what can I do? They have their own limitations: Modi 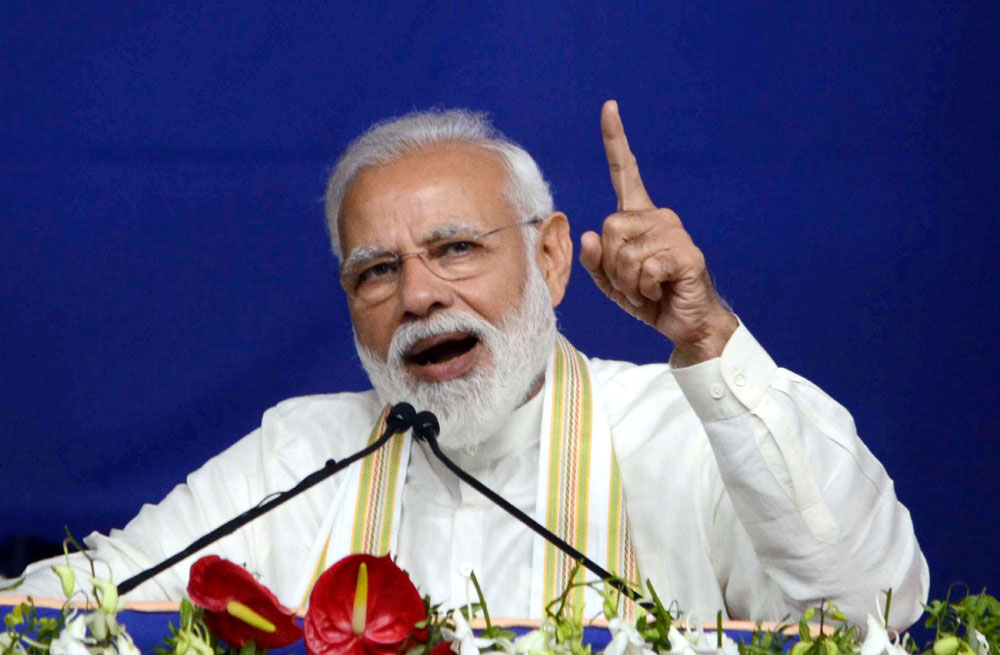 Prime Minister Narendra Modi on Monday asked the Opposition to “use common sense” and chided it for questioning his statement that if India had had Rafale fighters during the current engagements with Pakistan, “the results would have been different”.

He appeared to suggest his comment had been about the February 27 dogfight between Indian and Pakistani air force jets rather than India’s February 26 air strikes on a Jaish-e-Mohammed terror camp in Balakot, Pakistan.

“I said that had the Rafale been acquired in time, it would have made a difference, but they say Modi is questioning our air force strikes,” he told a gathering here.

“Please use common sense. What I said was that if we had the Rafale at the time, none of our fighter jets would have gone down and none of theirs saved. If they (the Opposition) don’t understand me, what can I do? They have their own limitations.”

India claims to have downed an F-16 and lost a MiG-21 when Pakistani jets allegedly targeted military installations in Jammu on Wednesday morning.

On Saturday, Modi had said: “Today, the lack of Rafale is being felt. The country is saying in one voice that had we had the Rafale now, the results would have been different.”

Congress spokesperson Manish Tewari had cited the comment on Sunday to say: “It was the Prime Minister who raised questions about the desired outcome of the air strike. He said things would have been different had Rafale been here. What does he mean?”

He had also referred to the February 27 aerial engagement, saying: “If the reports are correct that one of the MiG-21s actually shot down an F-16, then what are the different expectations that the Prime Minister is talking about?”

Modi on Monday chided Opposition leaders who he said had demanded proof of the February 26 air strikes. Tewari had insisted that the Congress was not demanding proof of the damage caused by the air strikes but merely seeking a clarification of the Prime Minister’s statement.

Bahujan Samaj Party chief Mayawati asked that if Rafale jets would indeed have made a difference, why did the Modi government not induct even one into the air force during its entire tenure.

“Better explain (to the) people why this kind of lapse and neglect even by the BJP on the issue of country’s safety and security?” Mayawati said in a tweet.

Modi said his objective was to end terror while that of the Opposition was to remove him. “The root of the terrorism disease lies in the neighbouring country. Should we not cure the disease from its roots?” he said.

“Even if the mentors of those seeking to destroy India are outside, this country won’t sit quietly.”

Attacking the Congress, Modi said the party’s programme was to announce farm loan waivers every 10 years and collect votes by fooling the people.