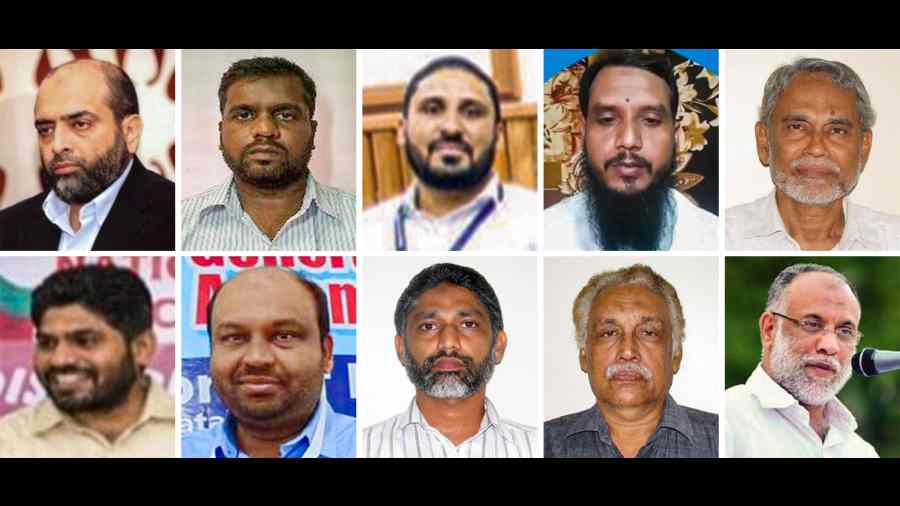 The PFI was banned by the government on Tuesday for five years for allegedly having "links" with global terror organisations like ISIS and trying to spread communal hatred in the country.

According to documents prepared by the National Investigation Agency (NIA), there were a few cases of youths getting killed or arrested at foreign soil and later being deported back to India.

In 2017, Kerala Police received information that some Muslim youths had migrated to Syria and some were planning to join hands with ISIS in its jihad and most of the accused in the case were members of the PFI.

The divisional president of the PFI, Md Sameer alias Abu Safvan, allegedly hatched and conveyed the plan to exit India and enter Syria after taking refuge in different countries to finally join ISIS in Syria.

In the process, the accused went to Saudi Arabia, Malaysia and Turkey and waited for final call to join jihad in Syria, the officials said.

Later, Abdul Manaf alias Abu Fathimaand, Mohammed Sameer alias Abu Safvan, both PFI leaders, were killed in Syria while participating in jihad. As the investigation progressed, five persons including the mastermind were apprehended by the Kerala Police before joining ISIS, they said.

The Kerala Police filed a charge sheet against 17 accused for supporting ISIS or Daesh. Hamza, the alleged mastermind in the case was a "hardcore Salafi follower" who used to preach in support of the ISIS and Taliban.

After the declaration of Islamic Caliphite in Iraq and Syria, Hamza convinced Mohammed Sameer and Abdul Manaf, both PFI members, about the need to perform 'hijra' from the land of 'infidels', the officials said.

Sameer indoctrinated ISIS ideology to other PFI cadres like Shajahan VK, who was accused in another terror case, and Mohammed Shajil.

Mohammed Sameer moved to Saudi Arabia along with the family on December 12, 2015 on the pretext of performing 'Umrah'. Before infiltrating Syria, he directed other PFI associates to leave India where criminal cases were already pending against them.

Manaf was also killed while waging war in Syria. Mohammed Shajil and Shajahan VK also motivated their close associates in PFI to join ISIS. They travelled to Malaysia, UAE, and Iran to reach Turkey and waited for directions from their handlers to join ISIS.

But only Mohammed Shajil and family were able to cross over to Syria. Shajahan VK and his family were apprehended by Turkish authorities and deported to India.

After remaining underground for a while, Shajahan VK tried to get hold of a fake Indian passport to join ISIS again.

In his second attempt, with the help of one Midlaj alias Abu Misab, who was also recruiting youth to ISIS, Shajahan VK managed to convince Abdul Khayoom and Abdul Razak to join ISIS, the officials said.

Among the trio, only Abdul Khayoom, who was reportedly killed in Syria, was able to sneak into Syria. Shajahan and Abdul Razak were deported back to India. On arrival, they were arrested by Indian authorities in New Delhi.

Further, Hamza convinced one Manauf Rehman to Join ISIS. But later he was apprehended at Mangalore airport while trying to flee India. Subsequently Hamaza was apprehended and evidences gathered from him substantiated their plans to join ISIS, officials said.