Without Bias: Editorial on Centre banning PFI and associates

Question must be asked whether BJP is inclined to show similar alacrity in punishing other, equally dangerous, exponents of radicalism 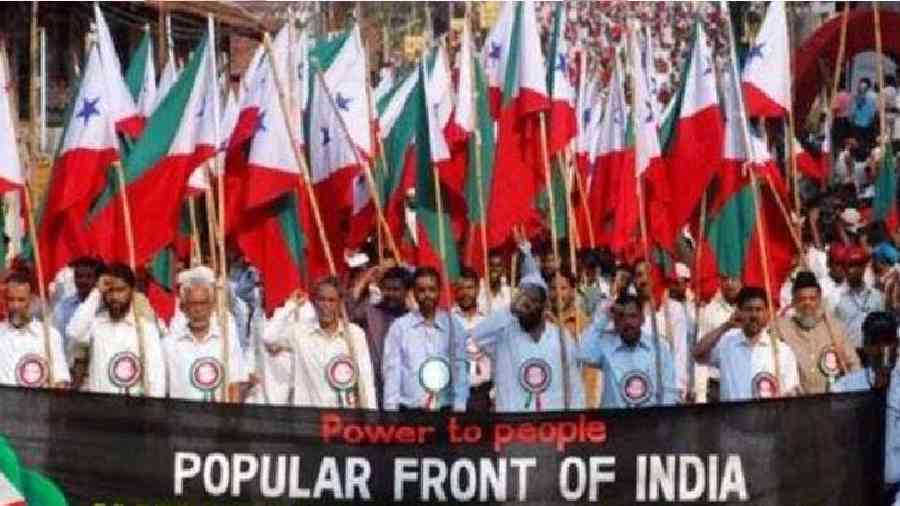 In spite of its claim of working for the poor and the needy, the PFI has been known for its radicalism
Representational picture
The Editorial Board   |   Published 29.09.22, 02:54 AM

The Union home ministry has banned the Popular Front of India and its associates for five years. The announcement came on the heels of countrywide raids against the controversial outfit that led to the arrests of several of its members. The notification from the ministry underlined the fact that some of the PFI’s founding members have led such proscribed organisations as the Students Islamic Movement of India and that PFI cadre linked to global terror outfits like the Islamic State have been killed in international theatres of conflict. In spite of its claim of working for the poor and the needy, the PFI has been known for its radicalism: it attained notoriety after its grievous attack on a professor in Kerala for an allegedly inflammatory remark on the prophet. National security — the Centre believes that the PFI threatens it — should not be compromised under any circumstances.

The real issue, however, lies in the even application of the principle of deterrence. Fundamentalism is not integral to a particular faith. Regression and orthodoxy continue to tinge outfits of all major religions. The question must be asked whether the Bharatiya Janata Party is inclined to show similar alacrity in punishing other, equally dangerous, exponents of radicalism.  This query is not without context. Investigations of numerous attacks — the blasts in the Samjhauta Express, the bombings in Malegaon, the attacks on a dargah in Ajmer — had led to the unearthing of troubling chains that linked extremist Hindu outfits to these incidents. The BJP, then out of power, had alleged that saffron terror was a figment of imagination intended to malign the faith. This inertia remains palpable even with the BJP entrenched in power. New India thus reverberates with periodic calls of genocide against minorities; vigilante groups attack and lynch Muslims with impunity; Sikhs are described in a pejorative manner when farmers rise in protests; churches are vandalised on spurious charges of proselytisation. How are any of these transgressions beneficial to national security and unity? Why have the perpetrators of these misdeeds acquired a sense of infallibility? Care should also be taken so that the proscribing of the PFI is not used to vilify an entire community. The Centre and its agencies must also explore the roots of radicalism. Economic and social integration can often serve as effective antidotes to the malaise.