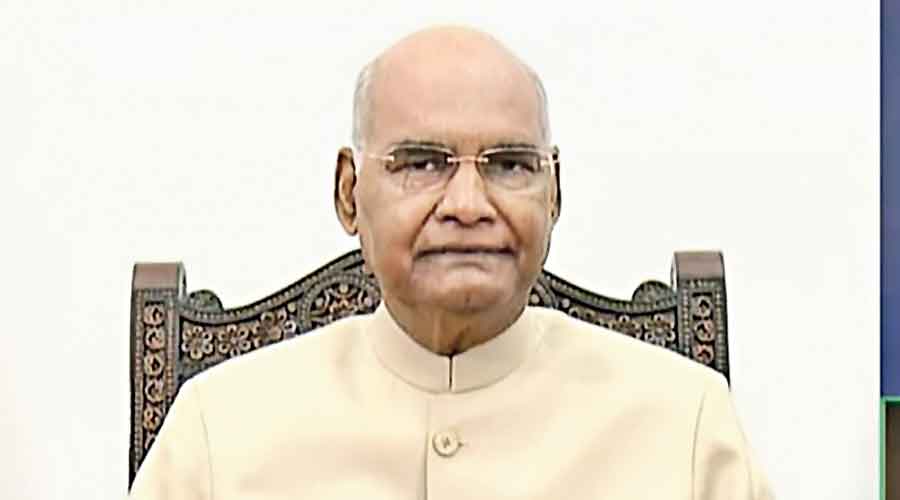 Rashtrapati Bhavan has forwarded to the defence ministry a petition by military veterans seeking “immediate action” against those spreading false propaganda about a non-existent “Muslim Regiment” of the Indian Army that had “refused to fight during the 1965 war with Pakistan”.

It has asked the ministry to directly inform the petitioners about the action taken.

Last week, 120 military veterans had written to President Ram Nath Kovind seeking action against those spreading the propaganda and urging him to ensure that the “secular and apolitical character” of the army is preserved.

The letter pointed out that no such regiment existed and cited several instances of valour and selfless sacrifice by Muslim soldiers.

The President is the supreme commander of the armed forces.

“Please find attached/forwarded, for appropriate attention, an email petition addressed to the President/President’s secretariat which is self-explanatory. Action taken on the petition may please be communicated to the petitioner directly,” said a communication from Rashtrapati Bhavan to the defence secretary.

Sources in Rashtrapati Bhavan said the President had taken cognisance of the veterans’ petition.

In the letter the veterans had said the genesis of the campaign of falsehood lay in a May 2013 tweet from the handle @120croreHindus-World Hindus United that claimed that “in 1965 there was a regiment in Indian Army called Muslim Regiment which refused to fight against Pakistan after which it was dismantled”.

“The tweet was meant to show that Muslim soldiers had their loyalties to Pakistan rather than India. The ‘Muslim Regiment’ post has been re-tweeted many times thereafter, and its insidious surfacing during the ongoing Chinese aggression is certainly suspect,” the veterans said.

According to them, the post “questions the loyalty of all serving and retired Muslim soldiers”.

“These ‘Muslim Regiment’ posts are blatantly false, because the Indian Army did not have a Muslim Regiment in 1965 or since. Some senior-ranking veterans have unequivocally pointed out the false nature of these posts,” the letter said.

The signatories had sought the following actions:

⚫ Identify and charge such individuals for anti-national activities

⚫ Issue immediate instructions to all state governments to take immediate action against false and seditious messages on social media so that national security is not jeopardised.

Test for President on fake regiment