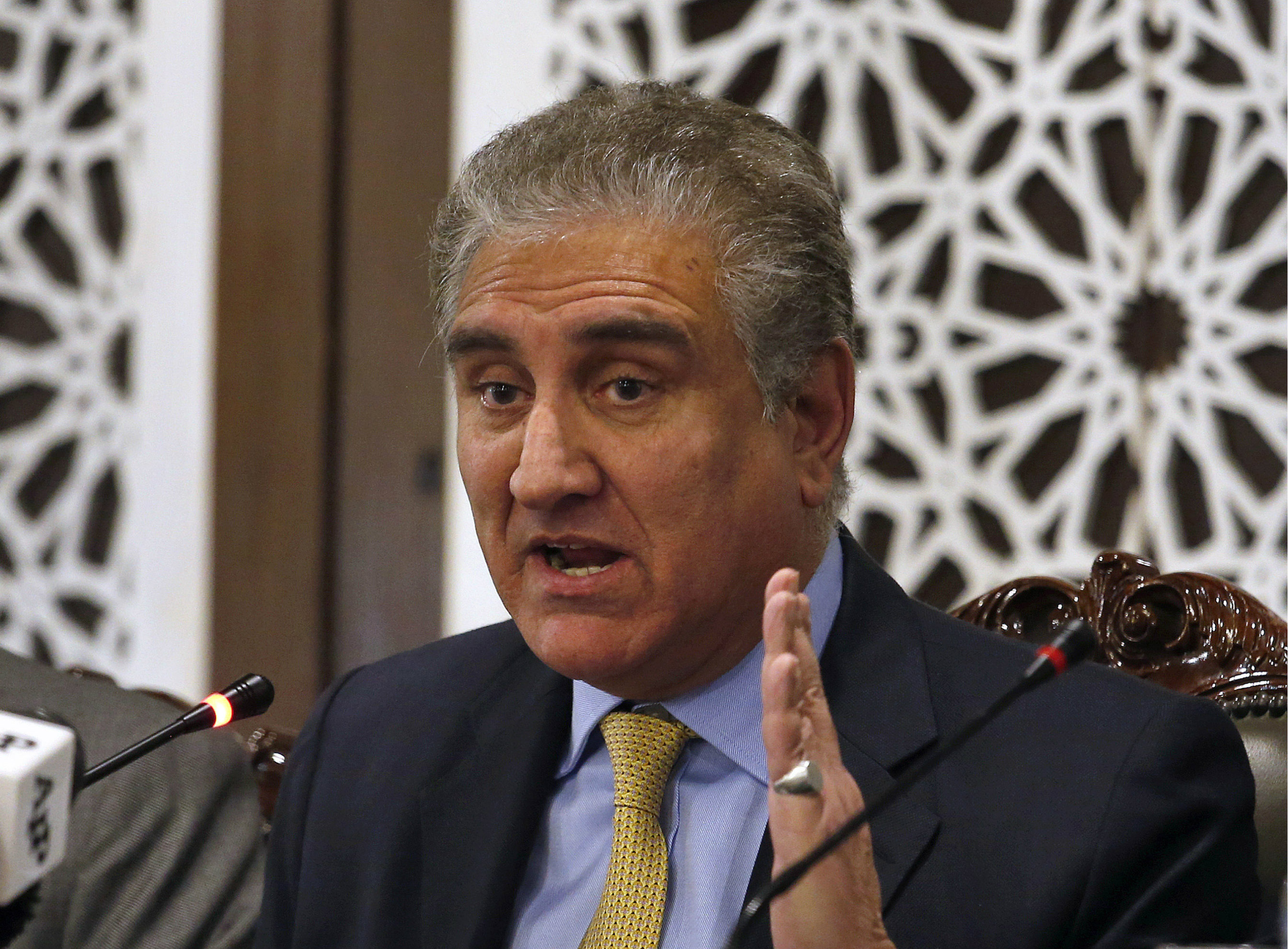 Pakistan foreign minister Shah Mehmood Qureshi on Friday announced that he would not attend a meeting of the Organisation of Islamic Cooperation (OIC) being hosted by the United Arab Emirates over the grouping's failure to rescind the invitation to his Indian counterpart Sushma Swaraj.

Swaraj has been invited to the OIC meeting as a guest of honour despite strong protest from Pakistan. Qureshi informed Parliament that he would not be attending the conference in the UAE on March 1-2.

Mentioning that the 'UAE has always helped Pakistan in difficult times', Qureshi noted with regret that despite Pakistan's protest, the OIC's invitation to Swaraj was not rescinded.

Qureshi informed Parliament that he requested the OIC to either rescind the invitation or postpone the session in view of the prevailing situation, neither of which was done.

'I have [therefore] decided not to attend OIC Council of Foreign Ministers meeting in Abu Dhabi,' the foreign minister announced.

However, a lower-level delegation from Pakistan will attend the OIC session, Qureshi said. The delegation will also staunchly oppose any move to grant observer status to India at the OIC.

Qureshi's remarks came amid heightened tensions between India and Pakistan after the February 14 Pulwama attack by Pakistan-based Jaish-e-Mohammed that left 40 CRPF personnel dead, which was followed by an airstrike by India on a Jaish training camp in Pakistan's Balakot.