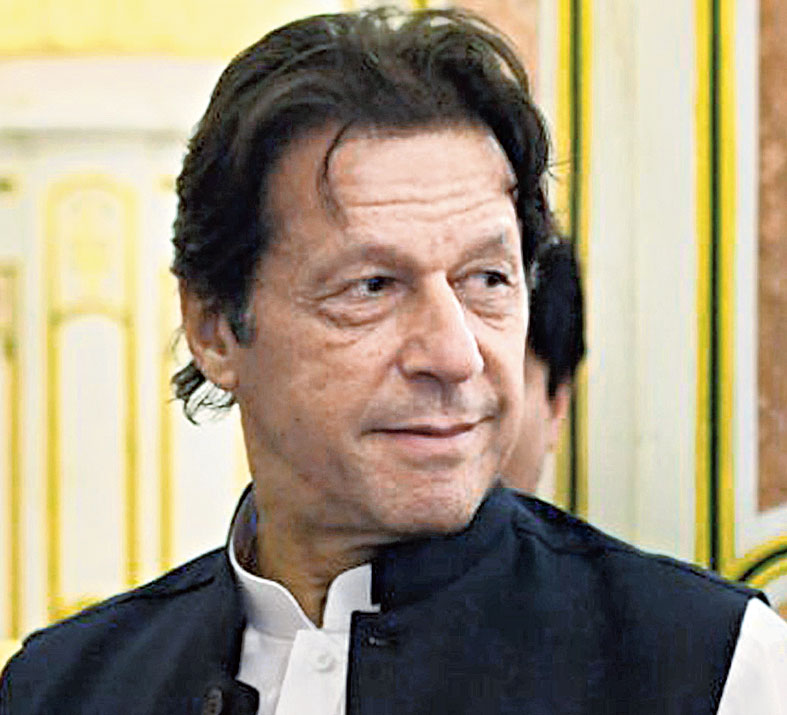 The defence ministry in the morning said the scheduled integrated services briefing will be held in the room 129D on the first floor, South Block, at 5pm. Camerapersons were not allowed and reporters were asked to deposit their mobile phones with the security personnel at the gate. The designated room on the first floor was already packed by 4.30pm.

Around 4.40pm when the announcement from Khan came, the defence spokesperson made an announcement that camerapersons will be allowed inside as well as mobile phones.

As reporters rushed to collect their mobile phones, the spokesperson after 10 minutes announced that the media briefing will be outside, on the lawns of South Block.

Again after 10 minutes, the spokesperson made an announcement to the awaiting media persons that the media briefing was postponed to 7pm.

“It’s a reverse swing from Pakistan’s former fast bowler and now its Prime Minister. We did not expect it so fast,” the official said with a smile.