Goyal stands in for Jaitley at finance ministry

The budget is scheduled for February 1, which falls in the middle of the 2-week rest prescribed for Jaitley 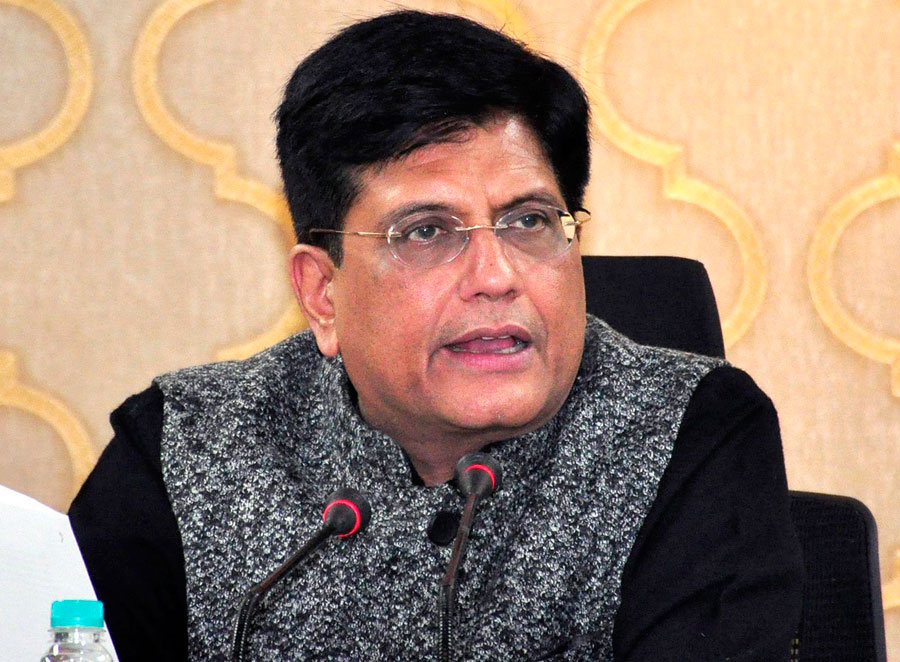 The temporary charge of the finance ministry has been handed to Piyush Goyal nine days before the Union budget, the announcement coinciding with a report that Arun Jaitley has undergone a surgery in New York and been advised rest for two weeks.

The budget is scheduled for February 1, which falls in the middle of the two-week rest reportedly prescribed for Jaitley.

Jaitley, who had unexpectedly left for the US on January 13, has undergone tests for soft tissue cancer, PTI quoted sources as saying.

Jaitley will be minister without portfolio “during the period of his indisposition or till such time he is able to resume his work as minister of finance”, according to a notification issued by the President on Wednesday.

“The budget documents have been readied and sent for printing. The last-minute changes and instructions were overseen by the Prime Minister’s Office in the absence of the finance minister,” an official said. “We have been told to prepare for a briefing for Goyal tomorrow (Thursday),” the official added.

If Jaitley does not resume work before February 1, Goyal is expected to present the budget.

Goyal had held the finance portfolio for three months from May to August 2018 when Jaitley had undergone kidney transplant. At that time too, Jaitley had been made minister without portfolio.

Jaitley had said last week that “the larger interest of the economy” dictates what goes into the budget, which was seen as a hint that the government might come out with a full-scale budget.

Jaitley’s comments had been widely construed to mean that the government planned to introduce a farm package aimed at mollifying rising anger over poor farm incomes during the Narendra Modi regime. There had also been speculation that the government could increase the income tax exemption limit to

Rs 5 lakh and adopt measures to address the concerns of small and medium businesses.

Some officials had felt that Jaitley could be back from the US by Republic Day to present the budget. “However, tonight’s announcement seems to indicate otherwise,” a senior official said.

The presidential notification on Wednesday evening said: “The President of India, as advised by the Prime Minister, hereby directed that during the period of indisposition of Shri Arun Jaitley, minister; the portfolios of minister of finance and minister of corporate affairs held by him, be temporarily assigned to Shri Piyush Goyal, in addition to his existing portfolios.”

“Further, as advised by the Prime Minister, Shri Arun Jaitley be designated as minister without portfolio during the period of his indisposition or till such time he is able to resume his work as minister of finance and minister of corporate affairs,” the notification added.

During his earlier stint as stopgap finance minister, Goyal had negotiated a crucial period when bad loans run up by state-run banks had peaked and ways to give a fillip to growth before the Lok Sabha elections were being planned.

Goyal had also presided over a GST Council meeting last July where taxes on a record number of goods had been slashed. He had amended the bankruptcy law and ordered the takeover of the perennially sick IDBI Bank by the LIC, risking policy-holders’ money.