Fire and panic at AIIMS, some patients evacuated

No one was injured, officials said 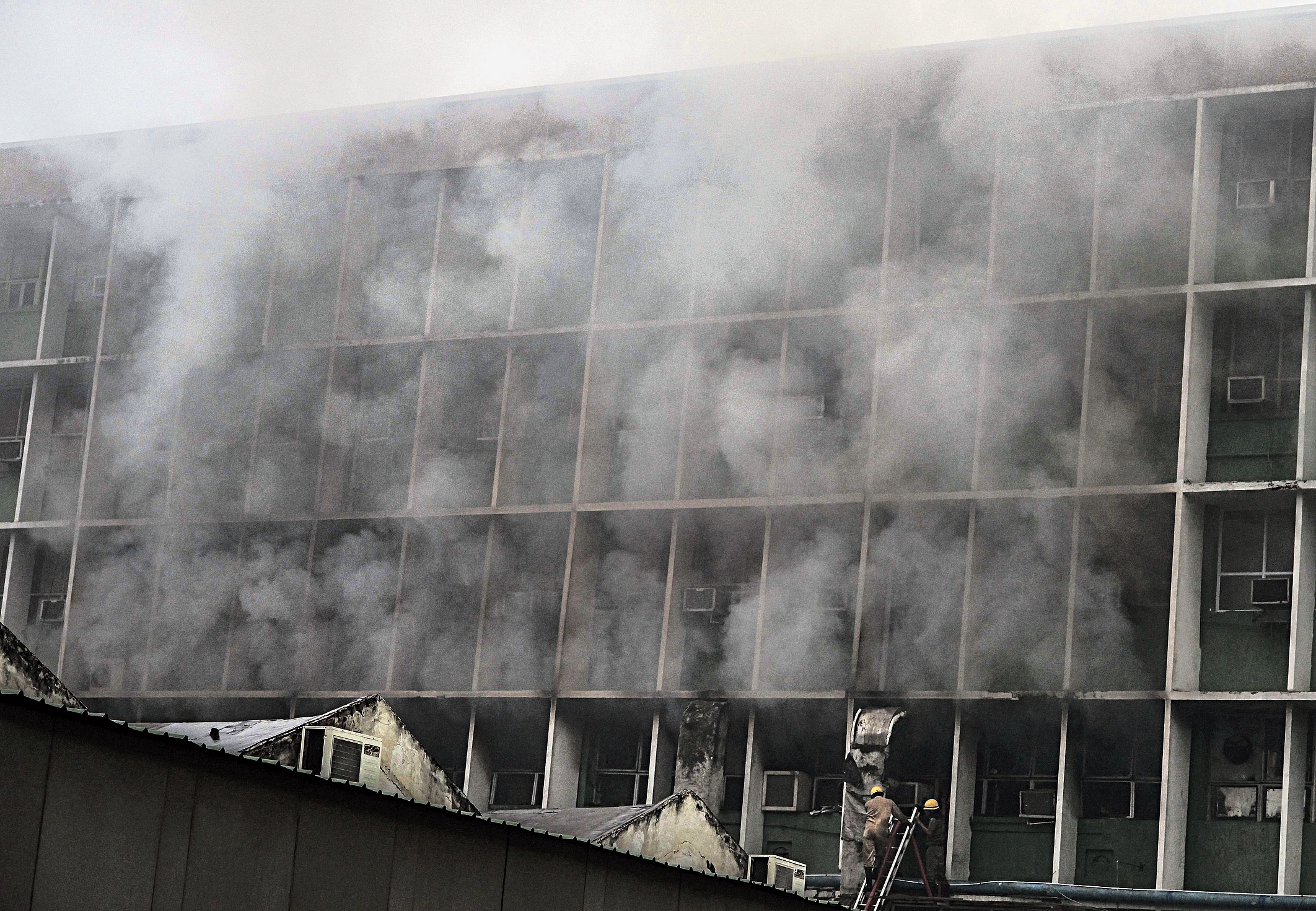 A fire broke out at the teaching block of the All India Institute of Medical Sciences here on Saturday evening, destroying test samples and medical reports, creating panic and forcing the evacuation of some patients, officials said.

No one was injured, officials said, but emergency services were disrupted and patients had to wait hours for admission.

As the smoke spread, patients were evacuated from some floors of the AB ward, close to the microbiology department where the blaze started around 5pm, along with those in the operation theatres above.

Some of those evacuated were on life support, fire services director Vipin Kental said. Some 34 fire tenders battled the blaze but were still to douse it after five hours.

The microbiology department’s virology unit, on the second floor of the teaching block, has been gutted, sources said.

Patients and their relatives were in panic. Mohammad Sohail had rushed to the hospital after hearing of the fire as his uncle had been admitted for surgery. “When I arrived here, I learnt that the fire had broken out in a non-patient block,” he said at the hospital.

Anil Kumar, 40, said he had been unable to receive treatment. “Patients got panicky…. It was impossible to think about getting treatment in such a chaotic situation,” he said.

Rajesh Mahato, 31, a guard, said: “It was Saturday and the department usually closes by 1pm. When the fire broke out, there were not many students inside.”

Former finance minister Arun Jaitley is being treated in the intensive care unit of the cardio-neurology centre, housed in a different building. Several prominent politicians have been visiting the hospital to enquire about his health.

Sources said electrical work had been going on for some time at the virology unit, and cables and wires had been stored there.

They said the fire spread to the emergency lab in the nearby department of lab medicine. It then moved downwards to the first floor and also upward to the third and fourth floors. Portions of the fifth floor too were affected.

Patients’ samples are brought to the virology unit and the lab medicine department for testing. Sources said a large number of samples and patient records may have been destroyed.