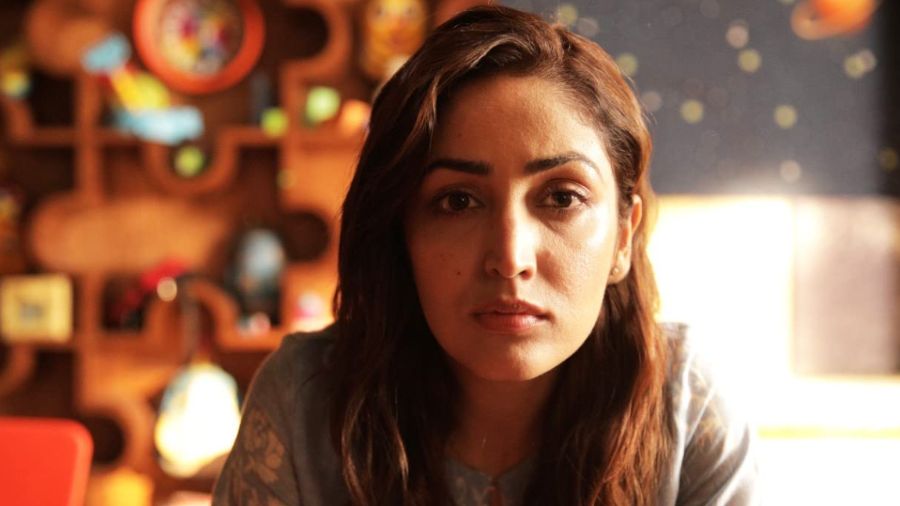 A goofy girl-next-door, a visually impaired woman, a child abductor with an agenda, a kickass RAW agent — Yami Gautam Dhar, who turned 34 yesterday, has done it all. Since her debut in Bollywood with Shoojit Sircar’s Vicky Donor about a decade ago, Yami has picked her roles with care, often going for quality rather than length. As she gears up for the release of three projects — Aniruddha Roy Chowdhury’s Lost, Ajay Singh’s Chor Nikal Ke Bhaga and Amit Rai’s OMG 2 — here are Yami’s seven top performances that you can watch online.

As Naina Jaiswal, Yami is the heart and soul of Behzad Khambata’s hostage thriller film A Thursday. Naina is a kindergarten teacher in Mumbai, who takes the children hostage to settle a personal score and give an important message to society. She also demands a meeting with the Indian Prime Minister (played by Dimple Kapadia) in exchange for the lives of the children. Yami holds her own next to seasoned performers such as Dimple Kapadia and Atul Kulkarni in this emotional roller-coaster.

In this breezy romcom by debutant director Puneet Khanna, Yami played Ginny Juneja, a spunky, straightforward and charming professional on whom Vikrant Massey’s Sunny has a huge crush. Ginny is in an on-off relationship with her ex-boyfriend and looks through Sunny, who’s submissive and is awestruck by Ginny’s strong persona. Sunny tries to woo Ginny with a lot of help from both their families, and much of the comedy derives from the clash of their personalities. Yami makes Ginny very relatable with her concerns and motivations.

Bala belonged to Balmukund Shukla aka ‘Bala’, played by Ayushmann Khurrana, but Yami stole a lot of the thunder as Bala’s wife Pari in this black comedy directed by Stree helmer Amar Kaushik. Yami plays a caricature of a stereotypical beauty pageant winner from a small town in North India. While Pari comes across as superficial and lacking in a deeper understanding of others’ problems, Yami makes us feel for Pari as someone who’s trying to make the best of a bad situation.

In this military action film directed by Aditya Dhar — whom Yami got married to later — she played RAW analyst and undercover agent Pallavi Sharma, who isn’t afraid to work in the field. Pallavi is introduced in the film as Jasmine, a nurse taking care of Major Vihaan Singh Shergill’s (played by Vicky Kaushal) ailing mother. Later on, Pallavi is shown in her element as she interrogates terrorists and takes part in planning the surgical strike. Although a supporting role, it is an important character as Bollywood has made very few military films where female characters have had active participation.

In Sanjay Gupta’s 2017 romantic action film Kaabil, Yami played the female lead opposite Hrithik Roshan. Yami’s Supriya is an independent working woman who is blind since birth. She falls in love with Rohan (Hrithik Roshan), a voiceover artist who’s also blind. Their marital life is rocked when Supriya is assaulted by a couple of men and she kills herself when they get no justice but only humiliation. Both Hrithik and Yami brought out the vulnerability and strength of their characters with great sensitivity, and Kaabil became one of the highest-grossing films of the year.

Yami played a small but crucial role in Sriram Raghavan’s 2015 neo-noir revenge thriller Badlapur. Yami’s Misha Purohit is a loving mother and a caring wife who gets caught in the crossfire between two bank robbers (played by Nawazuddin Siddiqui and Vinay Pathak) and the police, along with her son. It’s her and their son’s death in the incident that spurs her husband Raghu (Varun Dhawan) on to the path of revenge.

Watch it on: Jio Cinema

After a few Tamil, Telugu and Malayalam films, Yami Gautam made her Bollywood debut in Shoojit Sircar’s 2012 romantic comedy film Vicky Donor. Yami played Ashima Roy, a Delhi-born Bengali banker who is divorced. She falls in love and later marries a loud Punjabi carefree man, Vicky Arora. While the premise of the film was a winner with its newness and wackiness, Yami was a breath of fresh air as Ashima, portraying the stereotypical Bengaliness of Delhi’s C.R. Park region with her limited use of Bengali words.

Watch it on: Jio Cinema