Peter Dinklage set to star in Lionsgate’s The Hunger Games prequel, The Ballad of Songbirds & Snakes 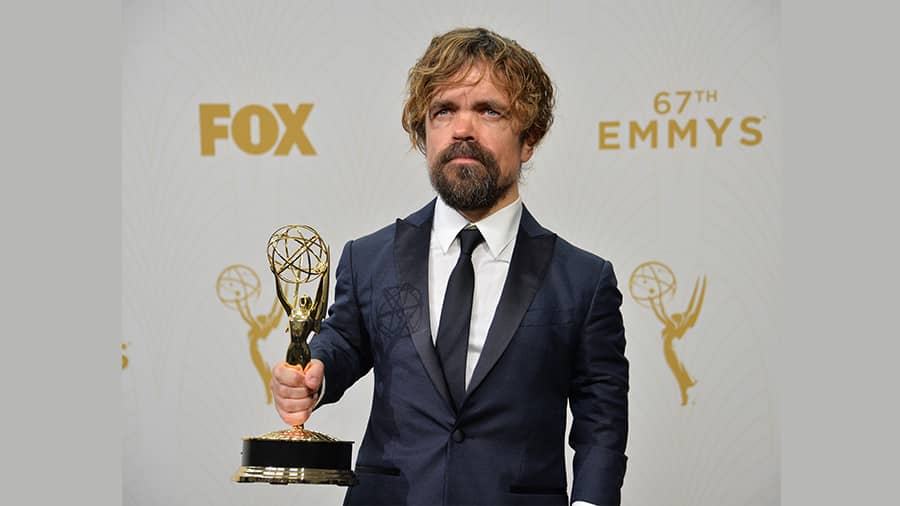 Emmy Award-winning actor Peter Dinklage is set to join the growing ensemble of Lionsgate’s Hunger Games: The Ballad of Songbirds & Snakes, according to Deadline.

The 53-year-old actor is set to play Casca Highbottom, dean of the Academy, according to reports. He will star in the film opposite Tom Blyth as young Coriolanus Snow and Rachel Zegler as Lucy Gray Baird.

The latest adaptation of the Suzanne Collins book will be helmed by Francis Lawrence, who previously directed Catching Fire, Mockingjay Part One, and Mockingjay Part Two.

Lionsgate recently announced that the film will open in theatres. The landmark 2010s film franchise has earned more than $3 billion globally. The Ballad of Songbirds and Snakes will release in theatres worldwide on November 17, 2023.

The much-anticipated film will be shepherded by franchise producer Nina Jacobson and her producing partner Brad Simpson alongwith Lawrence. Collins, Tim Palen, and Jim Miller will serve as executive producers.

The screenplay of the latest offering is by Michael Lesslie, who worked on the draft written by writers Suzanne Collins and Michael Arndt. Meredith Wieck and Scott O’Brien are the screenplay observers on behalf of the studio.

Dinklage is best known for his acclaimed and Emmy-winning work as Tyrion Lannister in HBO’s global smash-hit series Game of Thrones. The actor has been fairly busy since the series ended its run in 2018. He most recently starred as Cyrano for director Joe Wright. His upcoming work includes Brothers opposite Josh Brolin and Brendan Fraser and She Came to Me opposite Anne Hathaway.