Advertisement
Home / Entertainment / MS Dhoni is turning heads as an actor in TV commercials: we pick 4 ads on his birthday

MS Dhoni is turning heads as an actor in TV commercials: we pick 4 ads on his birthday

Mixing live action and comedy on screen, the former Indian skipper is giving his fans more reason to cheer for him 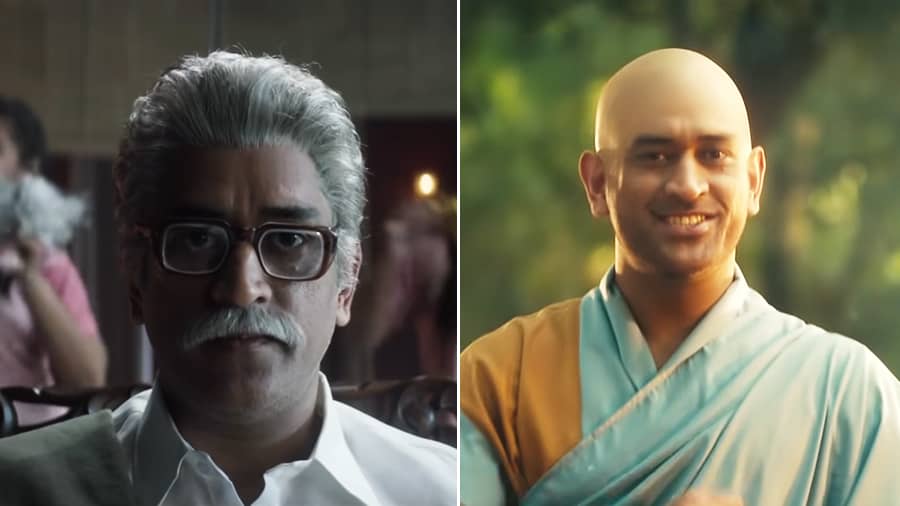 MS Dhoni may have retired from international cricket but definitely not from our hearts. In this phase of his life, Captain Cool seems to be enjoying and also getting better at a hidden talent of his – acting!

While Dhoni has remained a sought-after face for TV commercials over the years, it is only now that he’s experimenting with a variety of roles and also looks. As Mahi cuts his 41st birthday cake today, we take a look at some of his recent screen avatars as the ambassador of these brands.

Dressed up in white hair and moustache, Dhoni is almost unrecognisable as a sombre, authoritarian grandfather in this ad with a family setting. When asked who’s on strike, Dhoni says ‘Mahi’ and the entire household goes berserk. The high point is when he breaks out of character and says, ‘Bahanebaazi ab normal hai’. When it’s Mahi, you can expect some quirks.

For this visually stunning ad for edtech platform Unacademy, Dhoni dons his wicket-keeper’s outfit and sprints along a rail track, trying to outrun a train. He jumps over and smashes some blue walls and then leaps into the air to catch a red meteor spinning towards him – just like he would do in the field.

In this ad for Vivo IPL 2021, Dhoni slips into the role of a teacher in a martial arts camp where he’s telling the story of fellow cricketer Rohit Sharma, aka Hitman Rohit, to his curious little disciples. Sporting a bald head and a sage-like demeanour, Dhoni shows his goofy side with a wink after underlying the moral of the lesson – greed is cool if it whets your appetite to win.

Dhoni is perhaps most fun in this ad, also for Vivo IPL 2021. Flaunting a golden mohawk, a trimmed beard and a kerchief around the neck, he is the neighbourhood rocker taking a walk down the mohalla. The former skipper of the Indian cricket team shows off some cool moves and flashes his winning smile as he rattles off about IPL being a blockbuster film and leaves us with ‘Asli picture abhi baaki hai’.