Actor Carla Gugino is set to star alongside Melissa Benoist, Natasha Behnam and Christina Elmore in HBO Max's political drama series The Girls On The Bus 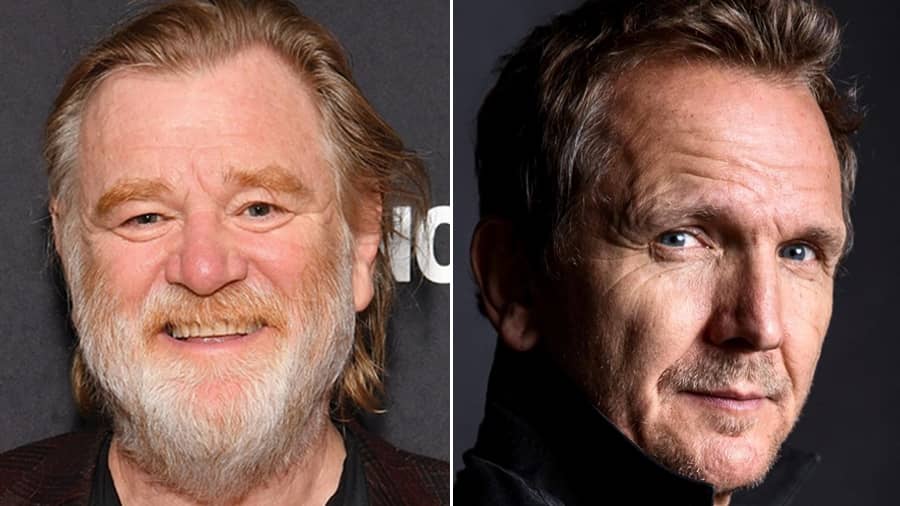 The 2019 film featured Phoenix as Arthur Fleck aka The Joker, the iconic nemesis of DC superhero The Batman.

Pop star Lady Gaga, also known for films such as A Star Is Born and House of Gucci, will play the role of Harley Quinn in the sequel.

The details of Gleeson's character have been kept under wraps, according to entertainment news website Variety.

Unlike the dark and gritty Joker, the sequel is being created as a musical.

Filmmaker Todd Phillips is returning to direct the second part. He is co-writing the screenplay with Scott Silver.

Joker: Folie a Deux will be released by Hollywood studio Warner Bros on October 4, 2024.

Gleeson currently features in Banshees of Inisherin from director Martin McDonagh, who earlier directed the Irish actor in his critically-acclaimed 2008 dark comedy In Bruges.

Actor Carla Gugino is set to star alongside Melissa Benoist, Natasha Behnam and Christina Elmore in HBO Max's political drama series The Girls On The Bus.

According to entertainment website Deadline, the show hails from Warner Bros. TV and Berlanti Productions.

It centres on Sadie McCarthy (Benoist), a journalist who romanticises Tim Crouse's 'Boys on the Bus’ book and who scrapped her whole life for her own shot at covering a presidential campaign for the paper of record.

“Sadie hits the trail and eventually bonds with three female competitors, Grace (Gugino), Lola (Behnam) and Kimberlyn (Elmore). Despite their differences, the women become a found family with a front-row seat to the greatest soap opera in town: the battle for the White House,” the plotline reads.

Gugino's Grace Gordon Greene is a veteran reporter and friend and mentor to Sadie.

The show is inspired by a chapter in Amy Chozick's book Chasing Hillary. Chozick serves as writer and executive producer on the project along with Julie Plec. Rina Mimoun is on board as showrunner.

Actor Sebastian Roche has joined the cast of the Paramount Plus series 1923.

The show is a prequel to the critically-acclaimed series Yellowstone, with Taylor Sheridan attached to write and direct.

According to entertainment website Deadline, Roche, known for his performance in series The Young Pope and The Man in the High Castle, has been cast in a recurring role.

Details regarding his character are under wraps. The limited series features Hollywood veterans Helen Mirren and Harrison Ford in the lead.

It will follow the Dutton family in the titular year, a time of Prohibition, the Great Depression, and westward expansion.

Sheridan is attached as an executive producer of the show along with John Linson, Art Linson, David C Glasser, Ron Burkle, Bob Yari, and Ben Richardson.

The series is currently in production in Montana and will premiere on OTT in December.