Cinema as anthology of premature obituaries

Amid concerns about the future of theatres, remember that the past wasn’t always glorious; this is the moment to rethink what we want at a cinema 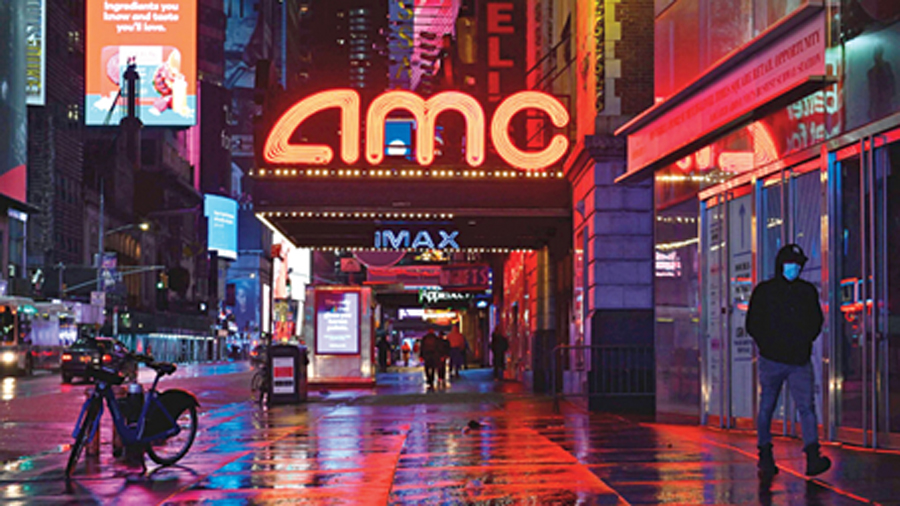 Will moviegoing survive the pandemic? The question sounds both trivial — there are surely graver matters to worry about — and unduly apocalyptic. Movie theatres, after all, have reopened in many parts of the US, and some people went to see Tenet last month. But not as many as Warner Bros. had hoped for, and few enough to start the fall film season under a pessimistic cloud.

Lately, the news has only become grimmer. On October 5, Regal Cinemas, the second-largest exhibition chain in the US, announced it would temporarily shut down its more than 500 theatres. Studios have pushed most of their high-profile 2020 holiday releases into 2021 — for now. And last week Disney let it be known that the new Pixar feature, Soul, originally scheduled to open in theatres in June, would debut on the Disney+ streaming platform in December, bypassing multiplexes altogether.
That news was a teaser of sorts for the corporate blockbuster that arrived the following Monday: the announcement of a restructuring at Disney that would, in the words of the chief executive, Bob Chapek, involve “managing content creation distinct from distribution”. “Our creative teams,” Chapek’s statement explained, laying on the poetry, “will concentrate on what they do best — making world-class, franchise-based entertainment — while our newly centralised global distribution team will focus on delivering and monetising that content in the most optimal way across all platforms.”

Those words don’t exactly pronounce a death sentence for theatres, but they do express a bottomline indifference about their future. Whether cinemas survive, Disney will find screens and viewers. Netflix, which is sprinkling some of its 2020 releases into theatres, has built a subscription empire on the belief that people would just as soon stay home and surrender to the algorithm. Those two companies together control an ever-larger share of the global attention span, and their growing reach can’t help but raise troubling thoughts in a movie lover’s mind.
What if the pandemic, rather than representing a temporary disruption in audience habits and industry revenues, turns out to be an extinction-level event for movie-going? What if, now that we’ve grown accustomed to watching movies in our living rooms or on our laptops, we lose our appetite for the experience of trundling down carpeted hallways, trailing stray popcorn kernels and cradling giant cups of Coke Zero, to jostle for an aisle seat and hope all that soda doesn’t mean we’ll have to run to the bathroom during the big action sequence?

The spectre of empty movie houses was haunting Hollywood (and the press that covers it) long before the Covid-19 plot twist. In most recent years, ticket sales were flat or declining, a malaise masked by seasonal juggernauts like episodes in the Avengers saga or the chapters of the third Star Wars trilogy — by Disney’s mighty market share, in other words. And even the periodic triumphs of non-franchise, or at least non-Disney, products — Get Out and Joker; Bohemian Rhapsody and American Sniper — were faint puffs of wind in the sails of a becalmed schooner, or teacups of water bailed from the hull of a listing liner, or some other suitably disastrous nautical metaphor.
Still, the ultimate catastrophe seemed unthinkable, and for good reason. The history of cinema is in part an anthology of premature obituaries. Sound, colour, television, the suburbs, the VCR, the Internet — they were all going to kill off movie-going, and none succeeded. Cultural forms, and the social and private rituals that sustain them, have a way of outlasting their funerals. How many times have we heard about the death of the novel? Of poetry? Painting? Broadway theatre? Rock ’n’ roll? The arts in modern times can resemble a parade of exquisite corpses. The dead don’t die.

Perhaps no art form has remade itself as frequently and dramatically in so short a life span as film (which technically speaking isn’t even film anymore). Over the past 100-some years, “going to the movies” has encompassed a lot of different ways of leaving the house, and a corresponding variety of destinations: Curtained-off carnival booths; grand palaces with gilded ceilings and velvet seats; Bijoux and Roxys on small-town main streets; suburban drive-ins and shopping-mall multi-screens; grindhouses, arthouses, repertory houses and porno parlours. Most recently, in response to the soulless sameness of the megaplexes, a new kind of gentrified cinema has emerged, with reserved seating, food service and artisanal cocktails delivered to your seat.

So which one are we mourning? What are we defending? A frequent answer, offered both by those who worry that movies will die and by those who insist that they can’t, is community, the pleasure of sitting in the dark among friends and strangers and partaking of a collective dream. That picture strikes me as idealised if not downright ideological, a fantasy of film democracy that has rarely been realised.

Did you buy your ticket online, or did the site reject your credit card? Did you wait in line only to find out that what you wanted to see was sold out? Was the person in the seat in front of you texting through the sad parts, while the person behind you kicked the back of your seat? Was the theatre full of crying babies? Talkative senior citizens? Unruly teenagers? Or — what may be worse — did you find yourself, on a weeknight a few weeks into the run of a well-reviewed almost-hit, all but alone in the dark?

Was the floor sticky? Was the seat torn? How was the projection? Was there masking on the edge of the screen, or did the image just bleed onto the curtains? Was the sound clear?

These were common cinephile complaints in the pre-pandemic era, and we shouldn’t let them be washed away in the nostalgia of this moment. Movie-going was often as communal as a traffic jam, as transporting as air travel, and the problems went deeper than lax management or technological glitches.

The problem, to return to Chapek’s memo, was “world-class, franchise-based entertainment” — not every instance of it, but the models of creation and consumption the idea imposed. The big theatre chains were kept alive by Disney, which dominated the domestic box office by ever greater margins, and which seemed almost uniquely able to produce the kind of big-event movies that could attract the masses on opening weekend. Those films, parceled out every other month or so, at once raised financial expectations among the exhibitors and helped break the habit of regular movie attendance among audiences. There was less and less room — literally fewer rooms, but also less collective bandwidth — for non-franchise entertainment.

At least at the multiplexes. The movie audience didn’t vanish, it splintered. Some stayed home, now that genuine cinema — not prestige TV, but restored classics and new work by established auteurs — could be found on streaming. Midlevel art-house distribution was kept alive by newish companies like A24 and Neon, which distributed Oscar laureates like “Moonlight” and “Parasite.”

The pictures were, in several ways, getting smaller: somewhat cheaper to make, and also less dependent on mass popularity. But it was also true that some of the most interesting films of the past half-decade — especially in languages other than English — had a hard time finding screens and oxygen.
The shuttering of theatres has accelerated this tendency, at least for the moment. In the absence of blockbusters, small, audacious movies have popped up like mushrooms on a forest floor — signs of life amid the general decay, but fragile and too easily overlooked or trampled underfoot.

Will the return of independent theatres, however many remain, help those little movies survive? Will a return to normalcy herald the next stage in an emerging duopoly, with the two dominant companies — Netflix and Disney — using big screens to showcase selected content, treating theatres as a kind of loss leader for their lucrative subscription services?

But maybe that’s putting it the wrong way. Making predictions, in addition to being foolish, is an expression of passivity, an acceptance of our diminished role as consumers of culture. Instead of wondering what might happen, what if we thought about what we want, and thought of ourselves not as fans or subscribers, but as partners and participants?

I’ll see you at the movies.