Varun Sharma, the Chucha of Fukrey, has new identity after success of college buddy film 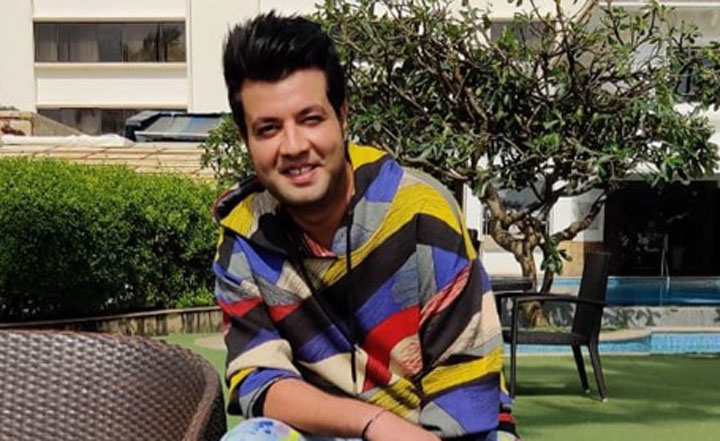 Varun Sharma, one of the Chhichhores, is clearly on a high.

The actor who became a comic craze as Chucha in his debut film Fukrey (2013), is now enjoying a new moniker, Sexa, thanks to Nitesh Tiwari’s latest release — Chhichhore, a film about a group of engineering college friends that has managed to collect over Rs 35.98 crore in just four days.

From Chucha in Fukrey to Sexa in Chhichhore. How’s the journey been?

It’s been an incredible journey. It feels magical and unreal, it’s so beautiful. Chucha will always be the closest to my heart because I debuted with that character. It set a benchmark and got the love and appreciation from the audience. But now Sexa is on those lines... where people have started calling me Sexa. It feels so beautiful when an actor is called by their character’s name. I’m very thankful to Nitesh sir, Piyush (Gupta) sir and Nikhil (Mehrotra)... the entire team that has written Chhichhore. They have beautifully crafted the script and shaped the film together so well. I’m thankful to the kind of reactions and appreciation we are getting from the audience.

Chhichhore has an ensemble cast. How were your co-actors?

It has been an absolute pleasure working with everyone. Sushant and I knew each other since a long time. Shraddha and Tahir too, I know them for long. But I met Naveen, Tushar and Saharsh for the first time during readings. But we instantly connected, the bond that happened between everyone was so beautiful. Right when we all got cast, Nitesh sir kept a reading for everyone where all of us met for the first time. Instantly we broke the ice and became very good friends. Post that, it became a very big group, we used to chill together, go out for camping sessions together. It was just very nice. The friendship that we have in real life translated on screen which is why people felt like it was an entire ‘group’ and not just actors working with each other. I think the bonding and the friendship that happened in real life does truly get translated into reel and that comes out.

Tell us some funny anecdote from the set.

It was an absolute amazing experience working on this set. First, it’s a film about friends and when you have seven chhichhoras on an IIT campus in Bombay and they’re going back and reliving the college life, it obviously has to be mad fun! On my birthday, we were all celebrating and I cut the cake. I got birthday bumps and it was actually a party that we did on set that day. We played a lot of games, riddles and it was just these bunch of friends who were making this nice, beautiful film.

How is Nitesh Tiwari as a director?

Nitesh sir is magical, he’s absolutely magical to work with. I’ve been a huge admirer and a big fan of his work, right from Chillar Party to Bhoothnath Returns to Dangal to his writing in Nil Battey Sannata and Bareilly Ki Barfi. I think he’s phenomenal as a director and there is so much to learn from him. On top of that, I feel that I’ve become a bigger fan of him as a human. When you work with someone for a very long time, when you spend a year on a project, there are so many traits and quality you gain from you director you are working with and you use it in your personal life in some way or the other. You don’t even realise but you embed some of his qualities in your personality and use it. I think I’ve gained a lot of qualities from him and I feel that I implement them in my life. I’m grateful to Nitesh sir for believing in me and making me be a part of this beautiful film.

Sexa had the best one-liners! Did you improvise lines?

I think what you see for all the characters, most of it was already written. It was a bound script that we all followed. Wherever there was scope of improvising and wherever Nitesh sir felt that it was looking good in a particular scene, he told us we can improvise. He was very free about that. There were scenes where you are doing a fun segment that’s funny and comical, a lot of times we would crack up while doing such scenes. We would just crack up and then again go for a re-take.

Currently, I’m very happy with the kind of love all the characters are getting for Chhichhore. I’m very happy and blessed with the response our film is getting. I’m right now shooting for Roohi Afza, that’s in the horror-comedy genre, produced by Dinesh Vijan and Mrighdeep Singh Lamba. It’s being directed by Hardik Mehta and it stars Rajkummar Rao, Janhvi Kapoor and me. We are almost in the last leg of finishing this film, that’s slated to release early next year.

How is it working with Rajkummar and Janhvi in Roohi Afza?

It’s been an absolute delight. This is my second film with Raj after Dolly Ki Doli and he is a phenomenal actor as we all know. It was a lot of fun while shooting with him and improvising with him on set. Janhvi is a very dedicated actor.. she is very dedicated towards her work, towards her craft, towards her method and top of that she is a super fun person and we three have bonded really well. It’s an amazing set and the energy and fun we have is brilliant. We all hope that as much fun we are having while shooting the film, you all will also have the same amount of laughter and the chills when you see it on screen.

Do you ever fear of getting typecast as a comedy actor?

I don’t feel scared of getting typecast. I think for any actor to get cast on a regular basis and with good banners and good scripts is a very big task in itself, type-casting comes in much later. I enjoy making people smile, I enjoy making people laugh and I love it when they have a smile on their faces when they look at me. I do want to try out different things and hopefully in the coming times, you will see me in a different light with the films that I have. But I am not scared of it and I love doing the comedy genre. This is something that has given me the acceptance and the love that I receive today. It would be wrong if I put this on a back seat to try something else so I would continue doing this and try new things as well.

So you do want to attempt different shades of roles?

How was it attempting the horror-comedy genre for Roohi Afza?

It is actually a very interesting genre, horror-comedy. I never used to see a lot of horror films earlier but I have fallen in love with the genre once I saw Stree. What is better, once you are laughing and you get the chills and once you get the chills, then you are laughing! I think it is a beautiful combo and it’s so beautifully explored with Stree... Roohi Afza is of the same genre. You have the same amount of fun shooting for this genre as you have while watching it on screen.

Chhichhore: A bittersweet tale of friendship and failure told with humour and heart. Go watch!