The actor who turns 49 today will next be seen in Siddharth Anand’s action drama Fighter, where he’s paired up with Deepika Padukone for the first time 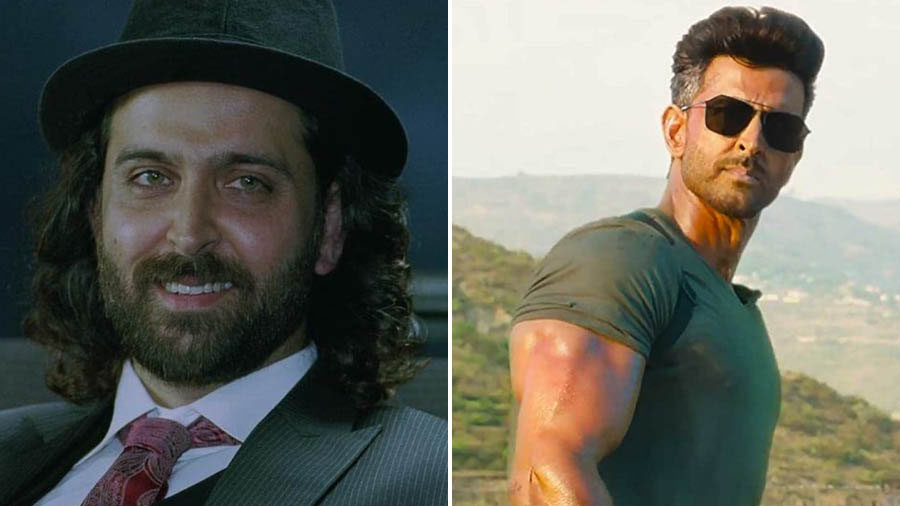 We believe Hrithik Roshan can never look anything but good. He dances like a dream, his smile sets hearts aflutter, his toned abs give us goosebumps. The title of ‘Greek god’ has stuck to him ever since he appeared for the first time on screen — clean-shaven and lean — back in 2000 with the blockbuster Kaho Naa... Pyaar Hai.

Over the past 23 years, as Hrithik’s acting has matured, so have his looks. The clean shave has given way to face fuzz, and we like him even better. On his 49th birthday, here are four films where the Bollywood star has sported a beard like no one else.

The 2010 musical Guzaarish was Hrithik Roshan’s first collaboration with filmmaker Sanjay Leela Bhansali, where he played Ethan Mascarenhas, a physically challenged radio jockey who was once a magician. Hrithik wowed the film’s leading lady, Aishwarya Rai Bachchan, and us in a beard, moustache and long locks for the very first time, looking  the part of an artist and a quadriplegic living with such excruciating pain that he files a petition in court seeking permission to end his life.

The look and body language he sported in this 2019 Vikas Behl-directed biographical drama was far removed from the well put-together Hrithik we had known. His beard was unkempt, his hair unruly, his clothes shabby. Hrithik blended into the character of Anand Kumar, the inspirational mathematics teacher and educator from Bihar who faced a lot of struggles to lead his students to academic success, in Super 30.

Perhaps only Hrithik can floor us the way he did with his uber-cool avatar in the 2019 spy action thriller, War. As rogue secret agent Kabir, Hrithik donned a salt-and-pepper beard and crew cut. The shades of grey just sealed the deal, giving him the right amount of ruggedness and hinting at the years spent in the high-secrecy trade.  In this Siddharth Anand film released in 2019, Hrithik offered a template on how to merge age and grace.

Hrithik returned to the big screen in 2022 after two years with this Pushkar-Gayathri film and owned the bearded look as Mumbai’s dreaded gangster, Vedha. His scruffy beard and hair, mirroring the nonchalance in his body language, highlighted the world Vedha belonged to — his tough upbringing, the wrongs he’s been subjected to, and his constant need to be on the run. The look trended on social media, and Vedha turned out to be larger than life with Hrithik’s ease and aura, despite a suave Saif Ali Khan playing a cool cop on the gangster’s heels.

And now, us fans are eagerly waiting for a glimpse of Hrithik’s yet-to-be-revealed look as an Air Force pilot and his screen chemistry with Deepika Padukone in Siddharth Anand’s Fighter, which is slated for a January 2024 release. Hrithik is also reportedly prepping for the next installment from his superhero franchise Krrish, a sequel to the blockbuster War and a mythological drama.