The pandemic changed everything about work, but most jobseekers must still learn to distil their work history in one typewritten page 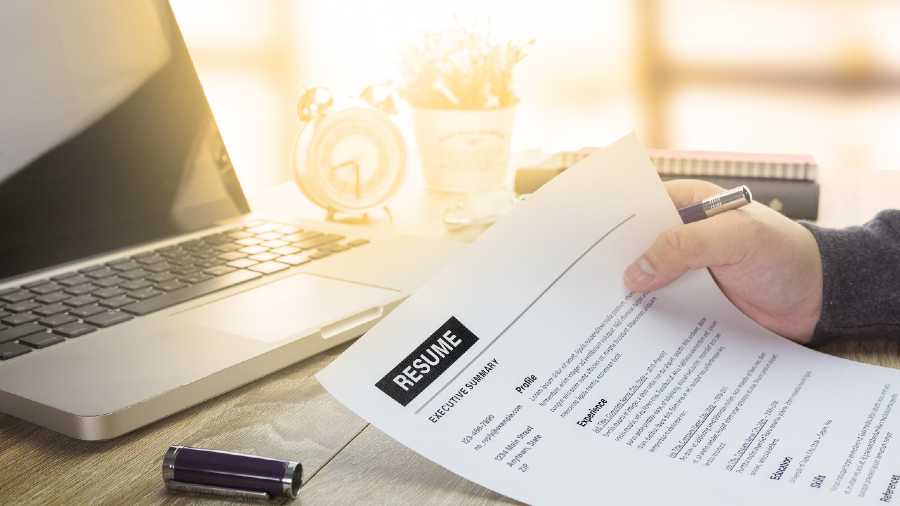 Hiring managers and recruiters still rely on the resume,” said Vicki Salemi, an expert on the job search process at Monster, the online job-posting site. The resume, Salemi continued, is still “the standard to apply for a job and get noticed”.

In Monster’s recent “Future of Work” report, recruiters in the United States ranked resume search — the ability to look through uploaded resumes on sites such as Monster or Indeed — as the most effective tool for finding candidates. The report also found that for employers, a resume was second only to an in-person interview in determining whether a candidate was a good fit.

Resume design and formats are relatively static, too. A jobseeker might find herself using the same format to apply for a type of job that didn’t even exist when she first created a document with her name and address at the top and work history in bullet points below.

That’s because while the basics of the resume itself haven’t changed, the audience has. In the era of databases and applicant-tracking technology, software systems sort through job candidates before they make their way to recruiters.

So it’s important to make sure that a resume can easily be understood by both humans and technology, said Kathryn Minshew, founder and chief executive of Muse, a website that offers job listings and career coaching.

And machine and human readers alike struggle with overly stylised fonts, such as Comic Sans. Tried-and-true classics like Times New Roman, Arial, Helvetica, Calibri and Georgia are still among the best font options for your resume, Minshew said.

“In many more traditional fields like banking and finance, STEM, academia, a traditional resume is still very important, but the look and feel carries less weight,” Minshew said.

Salemi said that it was crucial for jobseekers to highlight and quantify their skills and experience and to make sure they were using the right keywords. These strategies help ensure that their resume shows up when recruiters search a job site or internal database for specific terms.

Unlike those seeking jobs in the days of faxed and mailed resumes, today’s job candidates might apply for one position through a company’s job portal, have their resumes uploaded and stored in a database, and then be matched with a different role at the same company months or years later.

“If companies are experiencing labour shortages in different areas, they may very well go back to their database,” Salemi said.

That is why keywords matter.

Minshew counsels people to look closely at the job description and highlight keywords and skills the company is looking for in that role. “Make sure that, if it’s relevant and applicable, you’re highlighting similar skills or even some of the same keywords on your resume,” Minshew said.

Minshew noted, a 2019 report from Jobscan found that nearly 99 per cent of Fortune 500 companies used an applicant tracking system, which could put jobseekers who don’t include the right terms in their resume at a disadvantage.

Part of why the resume has stayed constant while work itself has transformed is that no one method has come along to take over.

But just because the format of the resume hasn’t changed much, it does not mean jobseekers shouldn’t try to make theirs look great, especially in creative fields.

Marcos Chin, an illustrator and professor at the School of Visual Arts, New York, US, said design professionals are often held to a different standard.

“My resume would have to look nice in the sense that it would need to be visually appealing,” he said. “So typography would be considered.”

Design professionals often have the additional burden of creating a portfolio or personal website that showcases their work.

But as the job market places a greater emphasis on personal branding as an element of career success, more professionals have begun to create personal websites and curate a social media presence. These platforms can convey some of what resumes once did.

“I think people are rightly questioning whether this deserves to be the centre of every hiring process, whether it deserves the sort of primacy that it has,” Minshew said.

One thing that is clear about the post-pandemic: employers are less likely to be concerned with gaps in work history than they might have been a few years ago, according to Salemi at Monster.