Student Khushbu Kumari had hanged herself on Monday; her husband alleges she was harassed because she was a scheduled caste 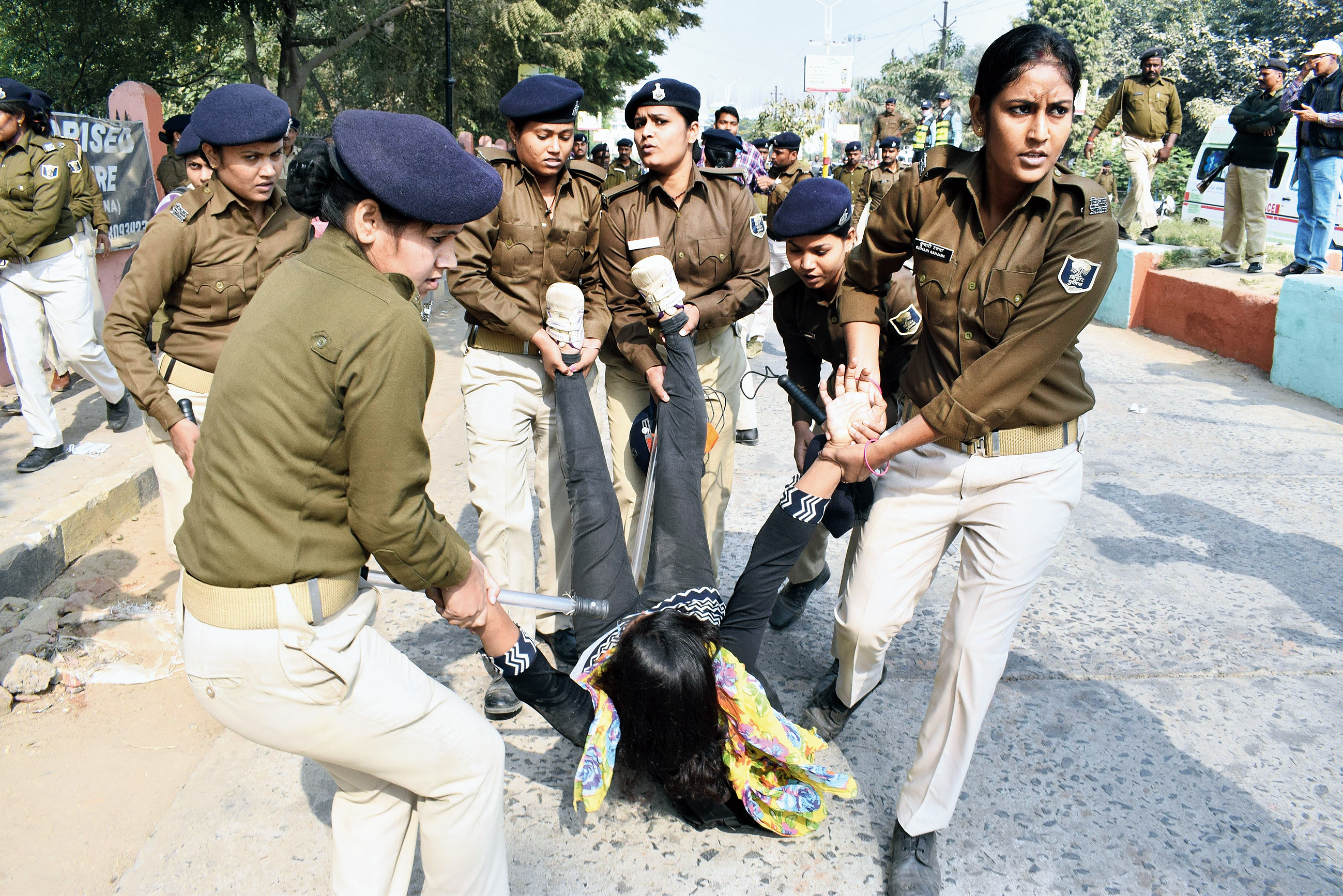 Policewomen lift away a nursing student during the protest on the IGIMS campus on Tuesday.
Manoj Kumar
Shuchismita Chakraborty And Alok Mishra   |   Patna   |   Published 04.12.18, 06:37 PM

Khushbu Kumari, the student, had hanged herself from a ceiling fan on Monday and was declared dead around 1.15pm on Tuesday. She had failed in four subjects in the internal examination.

In his FIR lodged at Shastrinagar police station, Khushbu’s husband, Mishu Raj, has claimed that his wife was mentally harassed for a number of reasons, including because she belonged to a Scheduled Caste.

The committee, Sanjay said, has been given a week’s time to submit its report.

After Khushbu’s death, nursing students blocked outpatient registration for around half an hour. Madhepura MP Pappu Yadav had joined the protest. The students wanted action against the nursing college principal.

The IGIMS administration had already called the police, who briefly detained 15 nursing students.

IGIMS medical superintendent Dr Manish Mandal said nursing students had alleged that nursing college principal Anuja Daniel had snatched Khushbu’s mobile phone when Khushbu had gone to talk to her, but the allegations will be probed.

Contacted, Daniel said: “The investigation committee is supposed to enquire into this matter. The allegations have not been confirmed yet.”

The nursing students have also alleged that they are suffering because the college does not have enough teachers. Daniel, however, asserted that IGIMS had the best nursing college in the state.