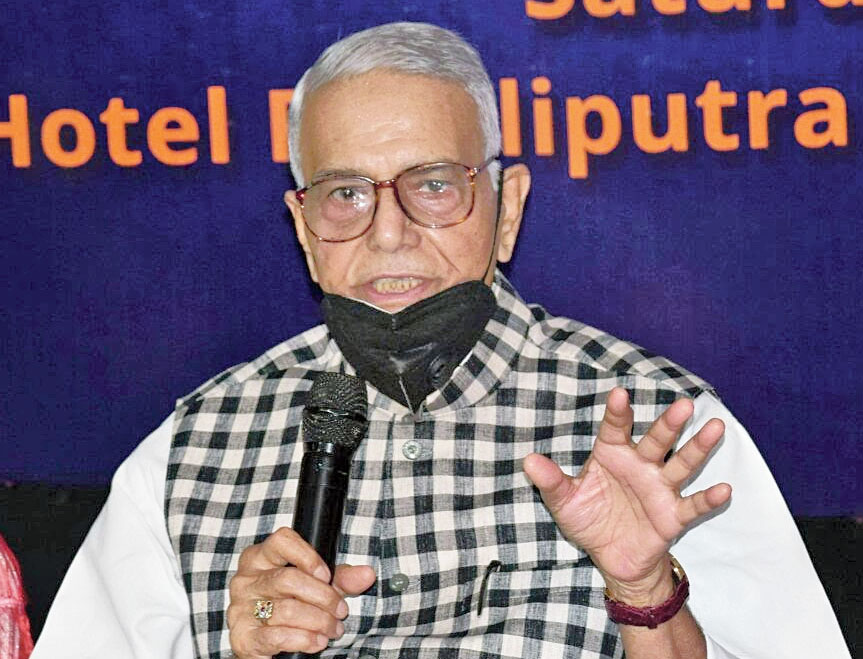 With the slogan, “Is baar badle Bihar (This time, change Bihar)”, the front claimed to present a credible alternative to the voters so they can “replace the Nitish Kumar government due to its total failure on multiple fronts”.

“The people gave both (NDA and RJD) a chance to rule for 15 years each, but they did not fulfill their election manifestos. Fifteen years is a long period for any government to change a state,” Sinha told reporters here.

However, Sinha did not divulge the name of the front or any alliance he was cobbling up.

“The front will contest the Bihar elections with full vigour, but the future will decide whether it was the third front or the first. Several leaders from various political parties are in touch with us,” he said.

Sinha, 83, also did not reveal whether he will contest in the polls but did not deny the possibility by saying that the future will decide it.

He said virtual rallies or campaigning would benefit only rich parties. He appealed to the Election Commission to consider granting permission to conduct traditional campaigning for the Assembly polls.

“On the one hand, around 21 districts are expected to face floods this year. The government will drop food packets for the marooned people but it is talking about virtual meetings and campaigning as well as digital rallies,” he said.

Sinha had quit the BJP in 2018 criticising the party’s functioning and claiming that democracy in India was in “great danger”. A former bureaucrat-turned-politician who became Union finance minister twice in the Atal Bihari Vajpayee and Chandrashekhar cabinets, Sinha also had a stint as the external affairs minister.

The elections to the 243-seat Bihar Assembly are expected to be held in October–November this year.