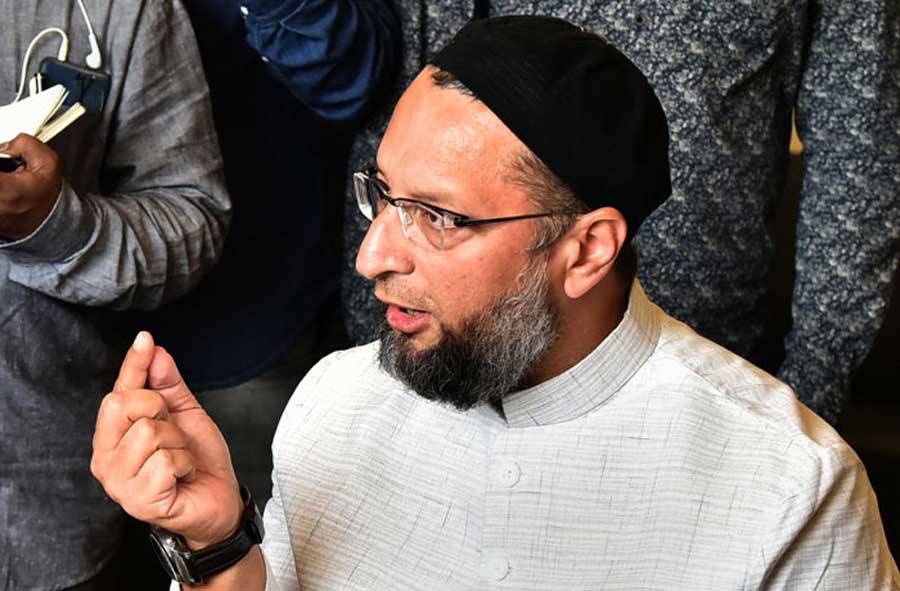 The All India Majlis-e-Ittehadul Muslimeen (AIMIM) will field 50 candidates in the Bihar Assembly elections in which 243 seats will go to the polls.

It also declared on Tuesday that it was open to alliance with non-NDA (National Democratic Alliance) parties. The All India Muslim League also announced its decision to contest 13 seats in the Bihar polls.

The AIMIM, headed by Lok Sabha member Asaduddin Owaisi, announced the names of the seats that it would contest. A majority of them are located in the Seemanchal region of northeastern Bihar and have a sizeable population of the minority community.

AIMIM Bihar unit president Akhtarul Iman told reporters in Patna after making the announcement: “The NDA government in Bihar is opposed to development and our party will make all efforts to overthrow it.”

Asked about the criteria for the choice of seats on which the party would contest, Iman pointed out that the focus was on “Muslims and Dalits (Scheduled Castes), both of whom are facing challenges and atrocities.”

“The situation is so bad in the state that we are ready to tie up with any non-NDA party or alliance during the polls to defeat the present regime,” Iman added.

Owaisi has been making efforts over the last couple of years to make inroads into Bihar politics and has contested on a few Lok Sabha and Assembly seats. His party has at present one MLA — Qamrul Hoda — who was elected from Kishanganj constituency in a bypoll.

However, the Opposition in Bihar has attacked Owaisi for his party’s foray into the state’s polity, which has the potential to divide the votes against the NDA. It has also gone to the extent of calling the AIMIM efforts as an attempt to help the ruling alliance, especially the BJP.

“Our party is not going to contest the elections to help any other party. The allegations levelled on us are baseless and are a figment of imagination of those who are worried of our popularity. We are going to fight the polls with full sincerity and honesty,” Iman said.

AIMIM officials said that Owaisi would address party rallies virtually, and also may come down to hold public meetings in a few constituencies after the Election Commission announces the poll schedule.

The All India Muslim League also jumped into the poll fray on Tuesday by announcing that it would contest 13 seats in the Seemanchal region of Bihar.

Muslim League’s Bihar president A.N. Akhtar said in Patna that the party would try to get 12 per cent reservation for the minority community in Bihar on the lines of Kerala. He also attacked Owaisi for “showing lollypop to the innocent Muslim voters of Seemanchal region in Bihar for electoral gains”.