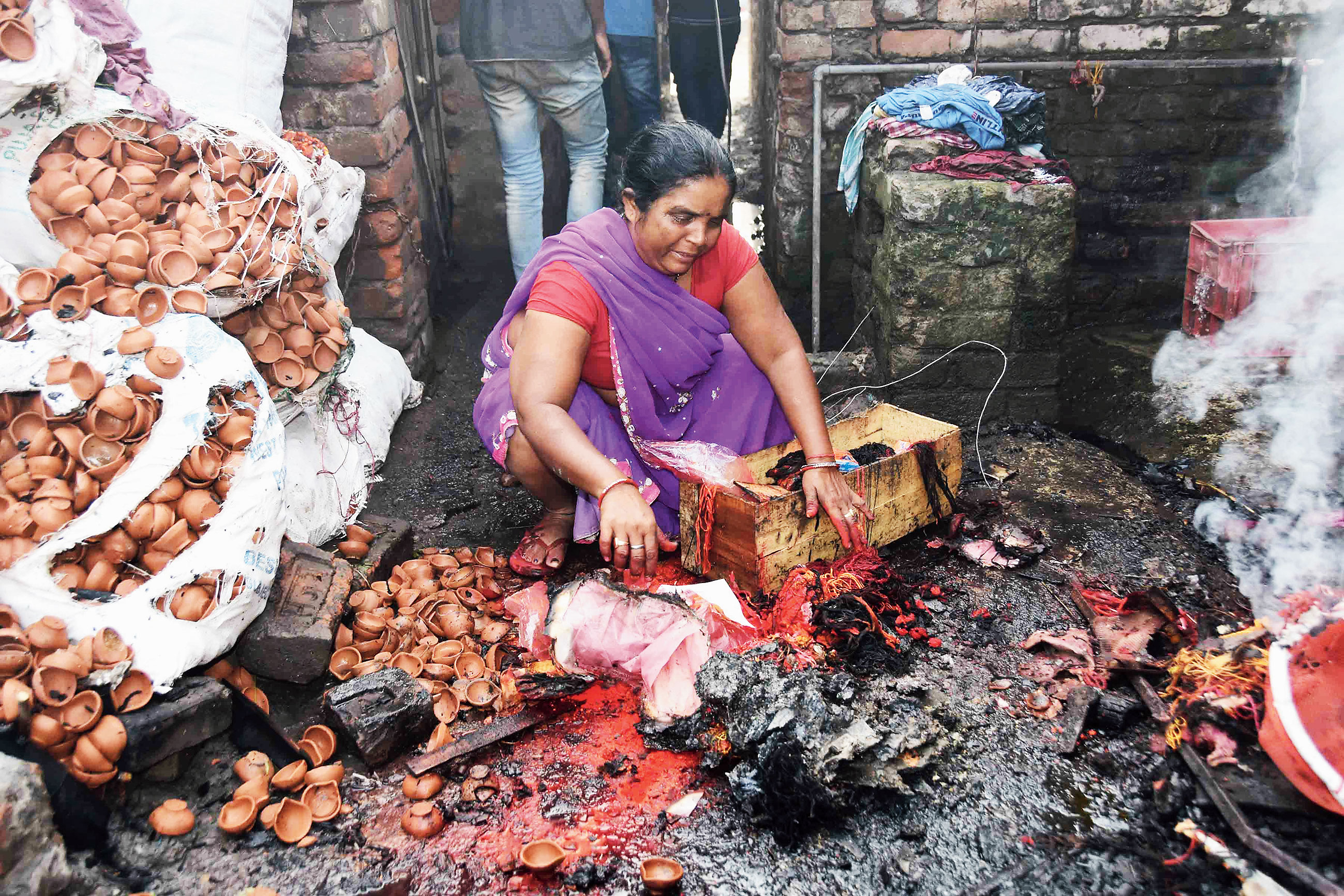 A woman weeps while showing the damaged goods of her shop after a fire near the GPO roundabout in Patna on Sunday.
Picture by Ashok Sinha
Roshan Kumar   |   Patna   |   Published 04.11.18, 06:33 PM

The fire department on Sunday issued instructions to all fire stations to remain festival-ready.

The department issued directives to all its fire stations in the state, including six in Patna — Lodipur, Danapur, Phulwari, Kankarbagh, Patna City and Sachivalaya — to remain alert round the clock on Diwali (November 7) and Chhath (November 13 and 14).

Satyendra Singh, the assistant superintendent of police (ASP), fire, Lodipur, said: “There are six units of fire vehicles at Lodipur. We are ready to tackle any emergency. Similar instructions have been issued to Danapur, Phulwari, Kankarbagh, Patna City and Sachivalaya stations.”

He said the department has earmarked locations in Patna’s marketplaces and crowded areas where the fire tenders will be stationed. Apart from big units (vehicles), smaller ones will be deployed in lanes and smaller colonies in case a need arises.

Residents have been asked not to store large quantity of fire crackers in their houses. The department has also issued telephone numbers of fire stations along with mobile numbers of officials which can be used during emergencies. The department directive also says that children should burst crackers under the supervision of elders and that too in the open.

The Bihar State Pollution Control Board has sent directives to all district administrations and superintendents of police to abide by the Supreme Court order of bursting firecrackers only between 8pm and 10pm. The board has stated that only low-intensity firecrackers will be allowed during the two-hour window.

The board has stressed that district authorities should ensure production and sale of only low-intensity crackers. It has stated that crackers can be sold only through licensed traders and not online.

A fire broke out near Patna GPO roundabout in which several makeshift shops and shanties at a slum were gutted. The fire started at 3am on Sunday from a makeshift shop which spread to the nearby shanties. Around 10 fire tenders from Lodipur, Sachivalaya and Kankarbagh were pressed into service to douse the blaze. It took them four hours to douse the fire.