Nine bombers, including a woman, carried out a series of devastating blasts that killed 253 people and injured 500 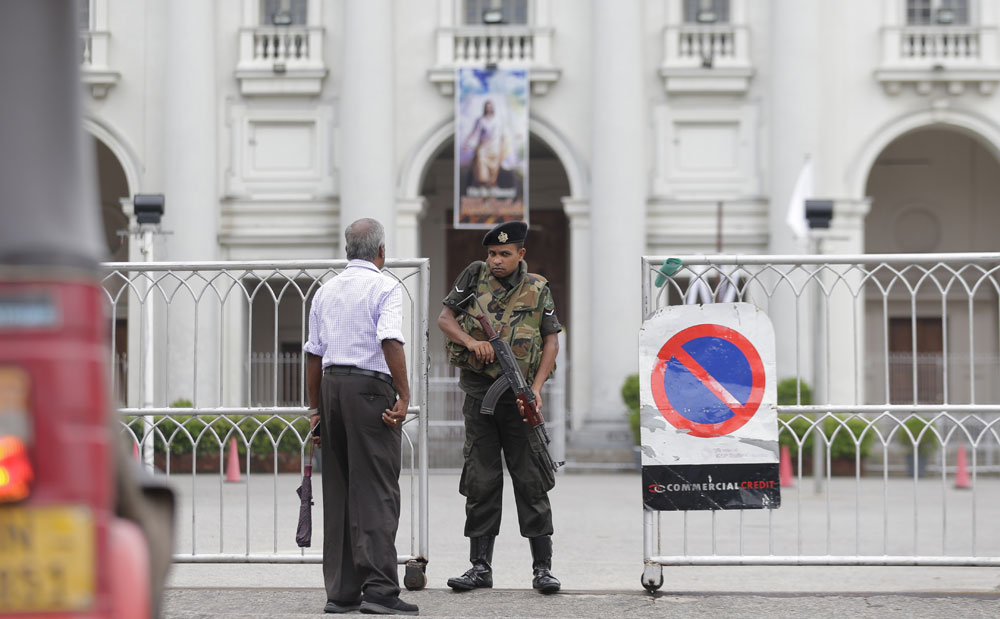 Sri Lanka Army's chief has said that some of the suicide bombers who carried out the country's worst terror attack on Easter Sunday visited Kashmir and Kerala for 'some sorts of training' or to 'make some more links' with other foreign outfits.

It is the first time that a top Sri Lankan security official has confirmed the militants' visit to India which had shared intelligence inputs with Colombo ahead of the attack.

Nine suicide bombers, including a woman, carried out a series of devastating blasts that tore through three churches and three luxury hotels on April 21, killing 253 people and injuring over 500 others.

In an interview to BBC, Lieutenant General Mahesh Senanayake, Commander of the Army, divulged some details on the movements of the suspects in the region and also international links.

'They (the suspects) have gone to India, they've gone to Kashmir, Bangalore, they've travelled to Kerala state. Those are the information available with us,' he said.

Asked what activities they were doing in Kashmir and Kerala, the Army chief said: 'Not exactly, but definitely in some sorts of training or to make some more links towards the other organisations outside the country'.

Sri Lanka banned the NTJ and arrested over 100 people in connection with the blasts.

About the possibility of an involvement of a foreign group, the Commander said that by looking at the pattern of operation and the places that the suspects travelled, there has to be some outside involvement of some leadership or instructions.

Asked why the threats were not taken more seriously after receiving information from India, Senanayake said: 'We had some information and intelligence-sharing, situations and military intelligence on a different direction and the others were different and there was a gap that everybody could see today'.

He said that as the Chief of the Army, he believes that everybody who is responsible for intelligence-gathering and the national security is to be blamed, including the political hierarchies.

Asked why Sri Lanka was targeted, the Commander said: 'Too much of freedom, too much of peace for the last 10 years. People forget what happened for 30 years. People are enjoying peace and they neglected security'.

He was referring to the three-decade civil war with the Liberation Tigers of Tamil Eelam (LTTE) which ended in 2009 after claiming at least 100,000 lives.

'We are deployed on the ground to give confidence to the public and ensure there is no violence or escalation of communal riots in this country. Have trust on the armed forces and the Police of this country who will bring normalcy as soon as possible,' the Army chief added.