Rising attacks on people, places of worship in India: Blinken

The United States will continue to stand up for religious freedom around the world: Secretary of State 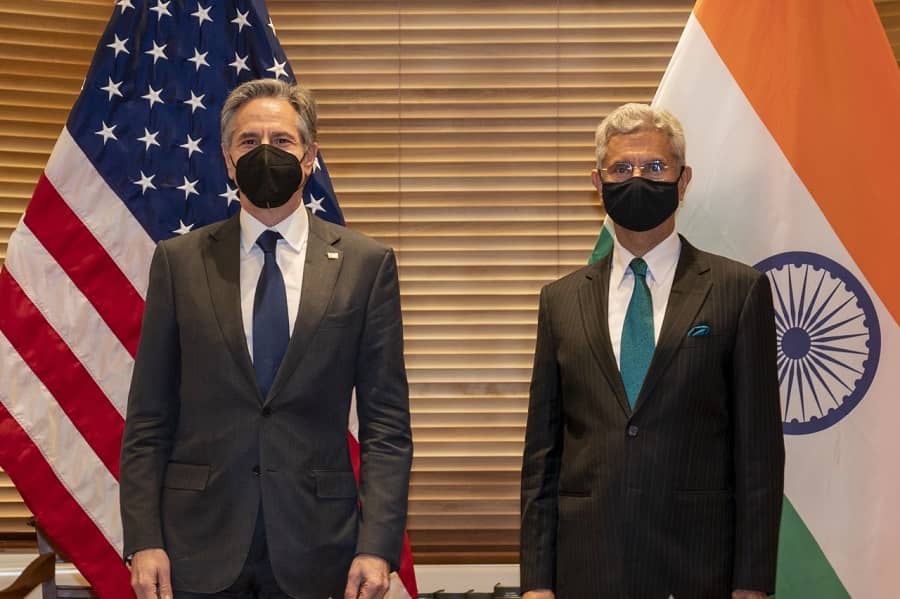 US Secretary of State Tony Blinken said there has been rising attacks on people and places of worship in India, asserting that America will continue to stand up for religious freedom around the world.

He also said people from the minority communities and women were being targeted in other Asian countries like Pakistan, Afghanistan and China.

"The United States will continue to stand up for religious freedom around the world. We'll keep working alongside other governments, multilateral organisations, civil society to do so, including next month at the United Kingdom's ministerial to advance religious freedom," Blinken told media persons at the release of the annual International Religious Freedom report on Thursday.

The US State Department in its annual report to the Congress on international religious freedom has alleged that in India in 2021 attack on members of the minority communities, including killings, assaults, and intimidation, occurred throughout the year.

"For example, in India, the world's largest democracy and home to a great diversity of faiths, we've seen rising attacks on people and places of worship; in Vietnam, where authorities harassed members of unregistered religious communities; in Nigeria, where several state governments are using anti-defamation and blasphemy laws to punish people for expressing their beliefs," Blinken said.

India previously rejected the US religious freedom report, saying it sees no locus standi for a foreign government to pronounce on the state of its citizens' constitutionally protected rights.

The India section of the report avoids giving any opinion on the status of religious minorities, but documents various aspects of it as appeared in the Indian press and the Indian government reports. It also liberally quotes the allegations of various non-profit organisations, and minority institutions on attacks on them, but most of the time is quite silent on the results of the investigations being undertaken by the officials, responses of the government.

"Attacks on members of religious minority communities, including killings, assaults, and intimidation, occurred throughout the year. These included incidents of cow vigilantism' against non-Hindus based on allegations of cow slaughter or trade in beef," said the India section of the report.

It does takes note of RSS chief Mohan Bhagwat's statement that Hindus and Muslims in India had the same DNA and should not be differentiated by religion.

"In July, Mohan Bhagwat, the chief of the RSS, which is commonly considered to be the ideological parent to India's ruling party BJP, publicly stated that Hindus and Muslims in India had the same DNA and should not be differentiated by religion," the report said.

Continuing his speech, Blinken said, "At its core, our work is about ensuring that all people have the freedom to pursue the spiritual tradition that most has meaning to their time on earth." And he noted that the report documents how religious freedom and the rights of religious minorities are under threat in communities around the world.

China, he said, continues to harass adherents of other religions that it deems out of line with the Chinese Communist Party doctrine, including by destroying Buddhist, Christian, Islamic and Taoist houses of worship and by erecting barriers to employment and housing for Christians, Muslims, Tibetan Buddhists and Falun Gong practitioners.

"In Afghanistan, conditions for religious freedom have deteriorated dramatically under the Taliban, particularly as they crack down on the basic rights of women and girls to get an education, to work, to engage in society, often under the banner of religion," he said.

"In Pakistan, at least 16 individuals accused of blasphemy were sentenced to death by Pakistani courts in 2021 though none of these sentences has yet to be carried out," Blinken said.

"Beyond these countries, the report documents how religious freedom and the rights of religious minorities are under threat in communities around the world," he said.

Jahangirpuri clash: How we let down our Gods

Global peace meet in US