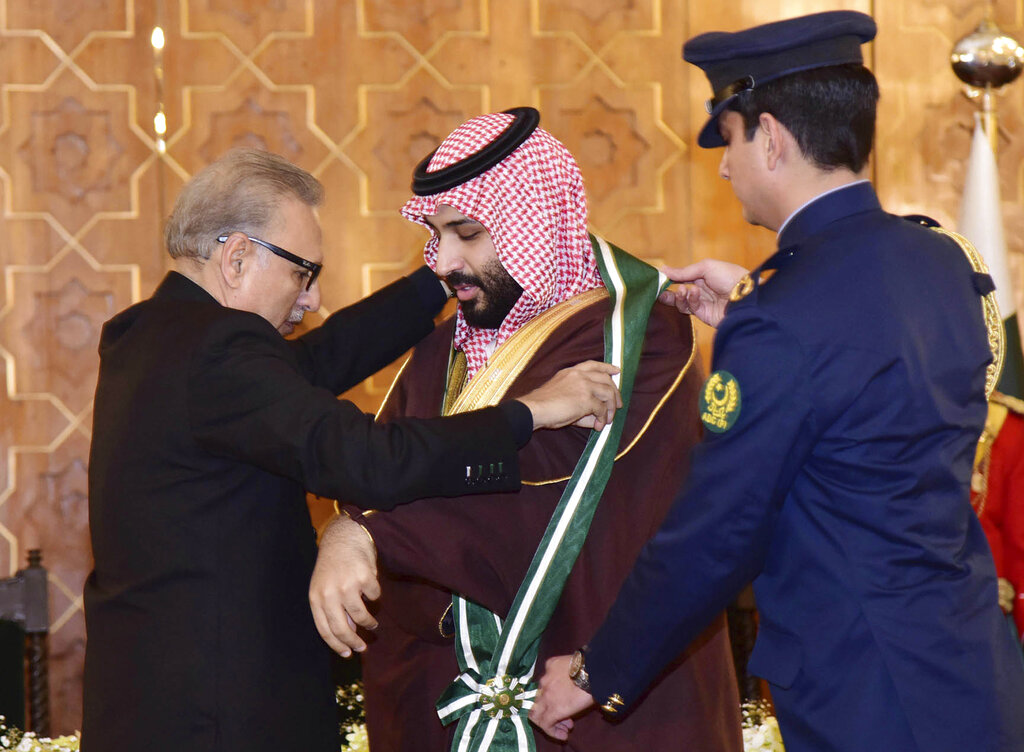 At a time when Pakistan is under immense global pressure to curb terrorism, the country's cash-strapped government has gifted Saudi crown prince Mohammad bin Salman a gold-plated assault rifle, a media report said.

The unusual gift for a visiting foreign dignitary was presented to Mohammad during his first official visit to Islamabad.

The News International reported that Pakistan's senate delegation called on the crown prince at the Prime Minister's House where senate chairman Sadiq Sanjrani gifted him a portrait and a gold-plated gun.

The Saudi Crown Prince's just-concluded high-profile visit to Islamabad came in the midst of heightened tensions between India and Pakistan following one of the worst terror attacks in Jammu and Kashmir in which 40 CRPF soldiers were killed. The attack was carried out by the Pakistan-based Jaish-e-Mohammad.

The international community led by the US has pressed Pakistan to deny safe haven to terror groups operating form its soil and bring the perpetrators of the Pulwama attack to justice.

Pakistan and Saudi Arabia on Sunday signed a slew of investment agreements worth $20 billion, which will provide relief to Pakistan’s teetering economy.

Pakistan is negotiating a multi-billion bailout package with the International Monetary Fund.