There could be a briefing on the ‘principal conclusions’ this weekend 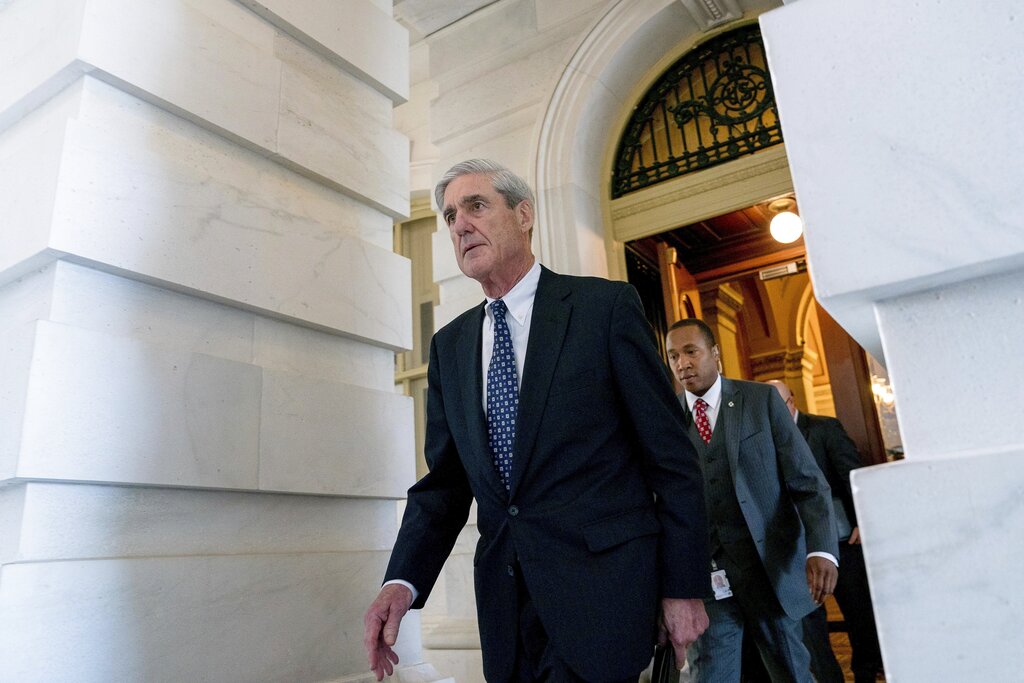 Since Robert Mueller’s appointment in May 2017, his team has focused on how Russian operatives sought to sway the outcome of the 2016 presidential race and whether anyone tied to the Trump campaign, wittingly or unwittingly, cooperated with them.
AP
Sharon LaFraniere And Katie Benner/NYTNS   |   Washington   |   Published 23.03.19, 05:32 AM

Special counsel Robert Mueller on Friday delivered a report on his inquiry into Russian interference in the 2016 election to Attorney General William Barr, the justice department said, bringing to a close an investigation that has consumed the nation and cast a shadow over President Donald Trump for nearly two years.

Barr told congressional leaders in a letter that he may brief them on the special counsel’s “principal conclusions” as early as this weekend, a surprisingly fast turnaround for a report anticipated for months. The attorney general said he “remained committed to as much transparency as possible”.

In an apparent endorsement of an investigation that Trump has relentlessly attacked as a “witch hunt,” Barr said Justice Department officials never had to intervene to keep Mueller from taking an inappropriate or unwarranted step. The department’s regulations would have required Barr to inform the leaders of the House and Senate judiciary committees about any such interventions in his letter.

The letter that William Barr, the attorney general, sent to Congress informing them of the receipt of Robert Mueller's report.
The New York Times

A senior Justice Department official said Mueller would not recommend new indictments, a statement aimed at ending speculation that Trump or other key figures might be charged down the line. With department officials stressing that Mueller’s inquiry was over and his office closing, the question for both Trump’s critics and defenders was whether the prosecutors condemned the president’s behaviour in their report, exonerated him — or neither. The President’s lawyers were already girding for a possible fight over whether they could assert executive privilege to keep parts of the report secret.

Since Mueller’s appointment in May 2017, his team has focused on how Russian operatives sought to sway the outcome of the 2016 presidential race and whether anyone tied to the Trump campaign, wittingly or unwittingly, cooperated with them. While the inquiry, started months earlier by the FBI, unearthed a far-ranging Russian influence operation, no public evidence emerged that the President or his aides illegally assisted it.

Nonetheless, the damage to Trump and those in his circle has been extensive. A half-dozen former Trump aides were indicted or convicted of crimes, mostly for lying to federal investigators or Congress. Others remain under investigation in cases Mueller’s office handed off to federal prosecutors in New York and elsewhere. Dozens of Russian intelligence officers or citizens, along with three Russian companies, were charged in cases that are likely to languish in court because the defendants cannot be extradited to the United States.

Republicans immediately seized upon the news that no more indictments are expected as a vindication of Trump and his campaign. Those reports “confirm what we’ve known all along: There was never any collusion with Russia,” Rep. Steve Scalise of Louisiana, the second-highest-ranking House Republican, said in a statement.

Democrats, including some of those hoping to supplant Trump in the White House in the 2020 election, insisted that Mueller’s full report be made public, including the underlying evidence. In a joint statement, Speaker Nancy Pelosi of California and Sen. Chuck Schumer of New York, the top Senate Democrat, warned Barr not to allow the White House a “sneak preview” of the document.

Barr’s letter said he would decide what to release after consulting with Mueller and Rod Rosenstein, the deputy attorney general who has overseen his investigation. Justice Department officials emphasized that the White House had been kept at a distance.

Although a White House lawyer was notified that Mueller had delivered it to Barr, no White House official has seen the report or been briefed on it, according to Sarah Huckabee Sanders, the White House press secretary. “The next steps are up to Attorney General Barr, and we look forward to the process taking its course,” she said.