The US President's response points to his increasing frustration with Congress 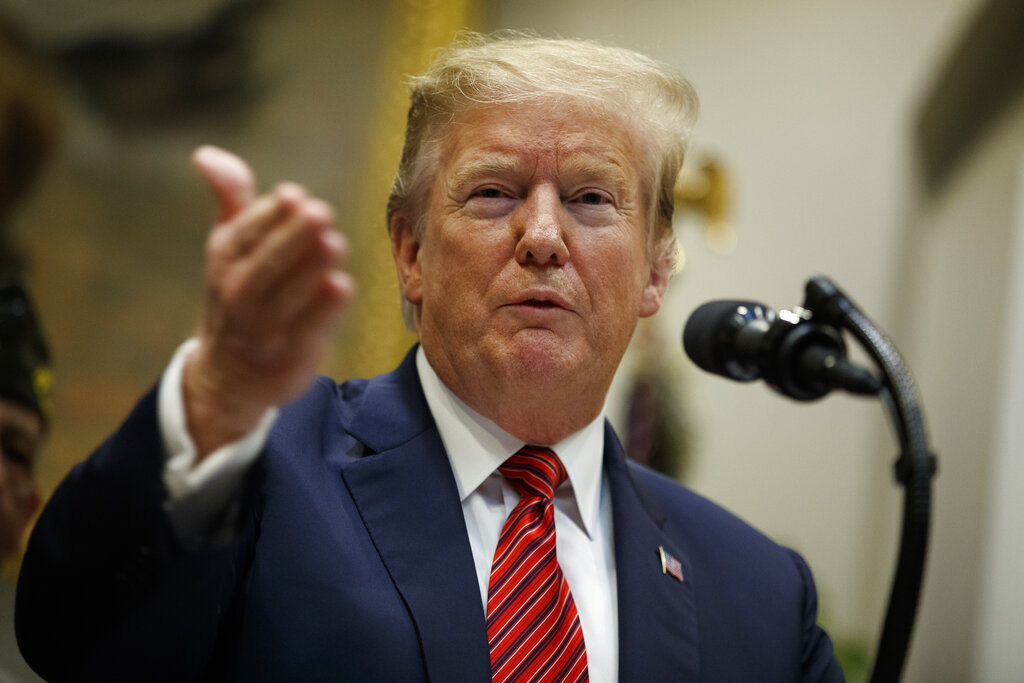 The White House has beefed up its legal team. Its political team is ready to distract and disparage. And President Donald Trump is venting against Democratic prying.

Trump's plan for responding to the multiplying congressional probes into his campaign, White House and personal affairs is coming into focus as newly empowered Democrats intensify their efforts. Deploying a mix of legal legwork and political posturing, the administration is trying to minimise its exposure while casting the President as the victim of overzealous partisans.

'It's a disgrace, it's a disgrace for our country,' Trump said at the White House on Tuesday as he accused Democrats of 'presidential harassment'.

Typically used to setting the national or global agenda, presidents are by definition on their back foot when they come under investigation. And the latest fusillade of requests for information has the Trump White House, already increasingly focused on the twin challenges of dealing with the probes and the 2020 election, in a reactive position.

Trump's response points to his increasing frustration with Congress and his intention to seize on the investigations as evidence that he is under siege in Washington.

While Trump is far from the first president to bristle at Capitol Hill oversight, his enthusiastic embrace of political victimhood is still novel — and stands to serve as a key part of his re-election argument. Trump has made railing against the so-called witch hunt against him a staple of his rallies and speeches, revving up crowds by mocking his investigators and news coverage of their proceedings.

That attitude was emphasised on Tuesday by Trump's son Eric, who was among the 81 people and organisations that the House Judiciary Committee has contacted seeking documents as part of a probe into possible obstruction of justice, corruption and abuse of power. Calling Congress 'incompetent,' Eric Trump told Fox News Radio 'we're going to fight the hell out of it. And we'll fight where we need and we'll cooperate where we need, but the desperation shows'.


We're going to fight the hell out of it. And we'll fight where we need and we'll cooperate where we need, but the desperation shows.
- Donald Trump


Aware that the shift to divided government would usher in an onslaught of investigations, the White House began making defensive moves late last year. Seeking to be ready for the Democratic-led House, more than a dozen lawyers were added to the White House Counsel's Office and a seasoned attorney was added to the communications team to handle questions related to the probes.

After Democrats took the House last November, Trump declared that they had to choose between investigating him and earning White House cooperation on matters of bipartisan concern like health care and infrastructure. Trump assessed publicly on Tuesday that Democrats had made their choice, saying, 'So the campaign begins.'

His aides had already made that determination, with press secretary Sarah Sanders issuing an acerbic statement late Monday calling the Judiciary Committee probe a 'disgraceful and abusive investigation.' Trump's campaign spokesperson, Kayleigh McEnany, accused Democrats of stopping 'at nothing, including destroying the lives and reputations of many innocent Americans who only have sought to serve their country honorably, but who hold different political views than their own'.

White House officials described their plan for addressing the mounting requests as multi-layered. Lawyers in the counsel's office plan to be cooperative, but are unlikely to provide Democrats with the vast array of documents they're looking for. In particular, they intend to be deeply protective of executive power and privilege — a defense used by previous administrations against probing lawmakers with varying degrees of success.

Meanwhile, others in the White House and the President's orbit are preparing to do what they can to bring the fight to Democrats, preparing dossiers about Obama's invocation of executive privilege when House Republicans investigated his administration. And all acknowledge there is no chance that Trump will stop commenting and criticising the investigations.

The officials declined to speak on the record in order to discuss the sensitive planning.

The administration approach was on display this week as White House counsel Pat Cipollone pushed back against a request from the House Oversight and Reform Committee for documents related to security clearances for White House officials. In a letter released by the committee chairman, Rep. Elijah Cummings, D-Md., Cipollone called the request 'unprecedented and extraordinarily intrusive' and offered to provide a briefing and documents 'describing the security clearance process.' White House officials said the Cummings inquiries were seen by aides as a thinly veiled attempt to gain potentially embarrassing information on the president's son-in-law, senior adviser Jared Kushner.

Cummings shot back that the White House position defied 'plain common-sense' and said he would consult with colleagues on his next move.

The exchange was predictable, with both sides using the exchange of letters for political means, and in anticipation of almost certain judicial proceedings.

Former Obama administration associate counsel Andy Wright, who also worked as a Capitol Hill investigator, said both parties are aware that their correspondence has multiple audiences.

'You have to assume it's going to play out in the public space,' he said. 'But you also want to create that record of reasonableness so that the court will be inclined to rule in your favor if and when it comes to that.'

As the Judiciary Committee's voluminous requests circulated around Washington on Monday, the president's outside array of former allies, associates and staffers communicated among themselves about who was named in the requests and whether they faced new legal jeopardy. Still, some expressed some relief that the requests dealt with documents previously turned over to other investigators. Others maintained the wide-ranging request would bolster Trump's argument that the probe was a vendetta against him.

But the request affirmed the shadow that current and former staffers still live under. Nearly all the current and former administration officials, friends and family listed on the request have hired private attorneys to navigate both the Mueller probe and now the oversight process — among them Hope Hicks, Reince Priebus, Steve Bannon, Kushner and Don McGahn.