India today has a PM that saints wished for, says Hindu religious leader

If you ask Muslim women what they have got from this government, from the prime minister, they say they have got respect, self-respect: Swami Avdheshanand Giri 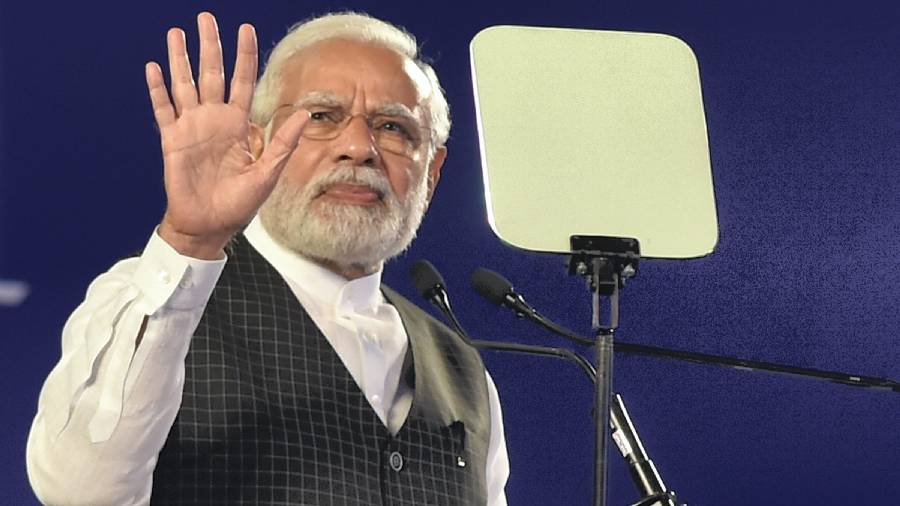 India today has a prime minister and a government that the nation's saint community wished for since its independence, an influential Hindu leader has said, asserting the country now needs to focus on three issues: uniform civil code, right to education and compulsory voting.

Swami Avdheshanand Giri, Acharya Mahamandaleshwar of the powerful Juna Akhara, which is considered to be the largest and oldest order of sadhus in India, in a wide-ranging interview said that in 21st century, in particular after Covid-19 pandemic, the Hindu civilization has spread across the world not through any conversion and proselytization activities but through ayurveda, yoga and meditation, and through food habits like vegetarianism, vegans.

The Hindu leader, who is currently in the United States to lead International Yoga Day celebrations at the Times Square in New York, said India today has a prime minister and a government which the country's saint community had wished for long.

"I have got the Prime Minister of my imagination, Swami Avdheshanand Giri told PTI in Hindi. Today, the country has a government which I imagined," he said.

"India is now undergoing a transformational development under the good governance of Prime Minister Modi," he said as he referred to the record-breaking road construction activities in the country along with other infrastructures in addition to the steps being taken to improve the conditions of women and minorities.

"If you ask Muslim women what they have got from this government, from the prime minister, they say they have got respect, self-respect, right to live, he said, adding that the prime minster of India today has transparency and development-oriented policies. The government has worked for the people, the poorest of the poor."

"I am not a spokesperson of the government, but the current prime minister and his governance is what we had imagined and wished for," he said.

Responding to a question, Giri said the country now needs to focus on three areas on a priority basis, first having a uniform civil code, secondly right to education and finally right to vote wherein every citizen has to vote during elections.

"There should be one law, one country. Uniform Civil Code is the need of the hour. The Uttarakhand Government has taken an initiative in this regard, and we all are supporting it. Every citizen of the country should have the right to education. There should be a law which makes voting compulsory," he explained.

Giri, who has travelled a large part of the world, said the Hindu civilization and its way of living has spread across the world. It's yoga which helped people survive during the Covid-19 pandemic, he observed.

"People now are doing yoga all over the world. I was in Saudi Arabia about a month ago. It is nothing but surprising that about half of the country's population has now become vegan,: he said.

Observing that materialistic life does not bring in true happiness and self-satisfaction, the Hindu leader said that brandization and commercialization has never been part of India's ethos and culture. Because of its basic values and ethos, Hindu culture has now spread across the world, he said.

"We have not converted anyone. So, we are not in numbers. But people across the world are now following the key tenets and practices of Hinduism," Swami Avdheshanand Giri asserted.

Hindu culture is based on the basic values of truth and that's the reason why this civilization has continued to exist and thrive even today while there are no takers for many of its contemporaries, he reasoned.