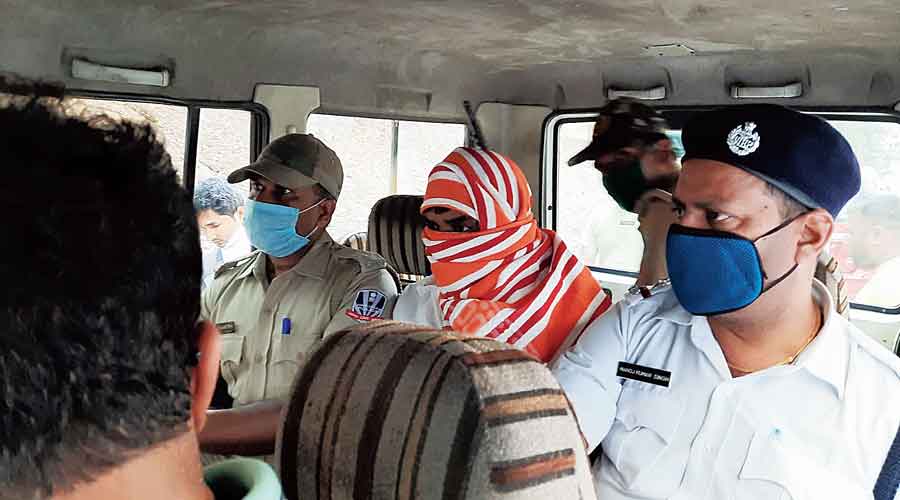 Police said Parvej was absconding since August after they launched a crackdown against sand smuggling in the district following instruction from Nabanna.

Sources said the arrested trio have several businesses like hotels and real estate projects in Durgapur town. They were masterminding organised sand smuggling rackets in West Burdwan and adjoining Birbhum and Bankura districts located along the Damodar and Ajay rivers.

The trio were allegedly forcing the sand dealers to purchase coupons (popularly known as pad) against a payment of Rs 4,000 and Rs 3,000 per truck for ensuring smooth transportation of illegally mined sand.

“During the transportation of smuggled sand, the truck drivers furnish these coupons to the police whenever they were stopped for checking documents,” said a source.

The sources added that the trio used to maintain a liaison with the police and the ruling party men for smooth running of the business.

The police in all districts from where sand smuggling was reported have been carrying out vigorous raids leading to a pause in the crime.

The move comes after the additional director general of police (law and order) had sent an instruction in August asking all district police chiefs and police commissioners to carry out daily raids against illegal mining, storage and transportation of sand, stone-chips and coal.

Parvej has been remanded to 14 days custody of the EB.