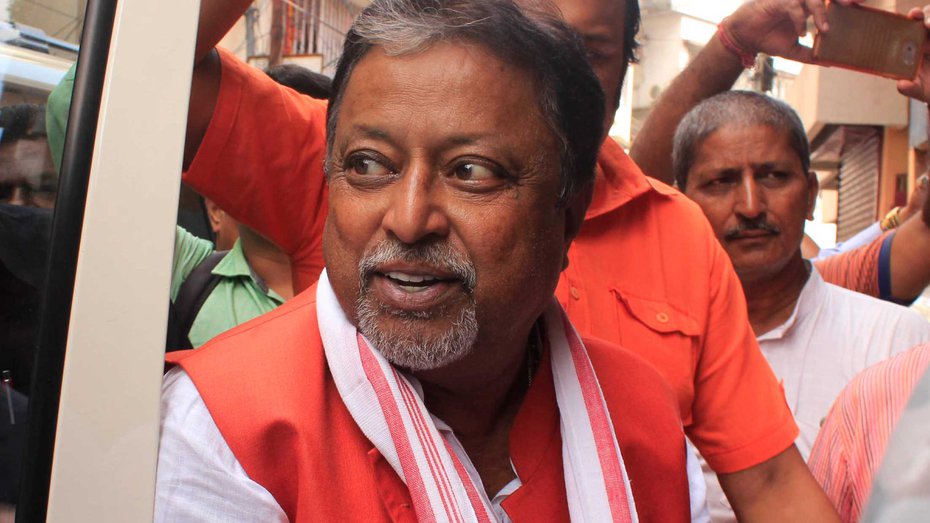 Roy was communicating with the Election Commission on behalf of the Bengal BJP. "He was constantly in touch with the commission and supplied it evidence of violence perpetrated by Trinamul during the panchayat elections," a BJP leader said.
Sandip Chowdhury And Subhankar Chowdhury   |   Calcutta   |   Published 24.05.19, 09:34 AM

Mukul Roy — erstwhile No. 2 in Trinamul who joined the BJP in November 2017 — was the star of the day for hundreds of saffron camp workers who were waiting for a “selfie moment” with him.

The Bengal Trinamul leaders The Telegraph spoke to were unanimous that Roy’s electoral strategies were as much to be credited for the saffron surge in the state as Prime Minister Narendra Modi and party chief Amit Shah’s magic.

“Mukulda was successful in creating an environment of mistrust among Trinamul leaders at all levels ahead of the Lok Sabha polls. He was also responsible for the defection of thousands of Trinamul workers to the saffron camp,” said Raju Banerjee, a state BJP general secretary.

Roy was also communicating with the Election Commission on behalf of the Bengal BJP. “He was constantly in touch with the commission and supplied it evidence of violence perpetrated by Trinamul during the panchayat elections. Thanks to his efforts, there was almost 100 per cent deployment of central forces in the polling booths across the state,” said Ritesh Tiwari, a BJP state secretary.

Roy was the lone leader who addressed a press conference at the state BJP headquarters on Thursday night, though a number of his colleagues were present. Asked about the future of the Assembly, Roy said: “So far we are headed for victory in 18 seats. Close contest is going on in one or two seats. Trinamul is trailing in almost 150 Assembly segments (out of 294). I think the people of Bengal have made it clear what is going to be the future of the Assembly.”

The violence after the panchayat elections and the fact that a large number of people were not allowed to vote added to the resentment among the electorate, a leader said.

“It was Roy’s submissions to the Election Commission that appeared to have helped us. A lot of police officers close to Mamata Banerjee who worked in favour of the ruling party ahead of the Lok Sabha polls were transferred. That helped people cast their votes without any fear,” he said.