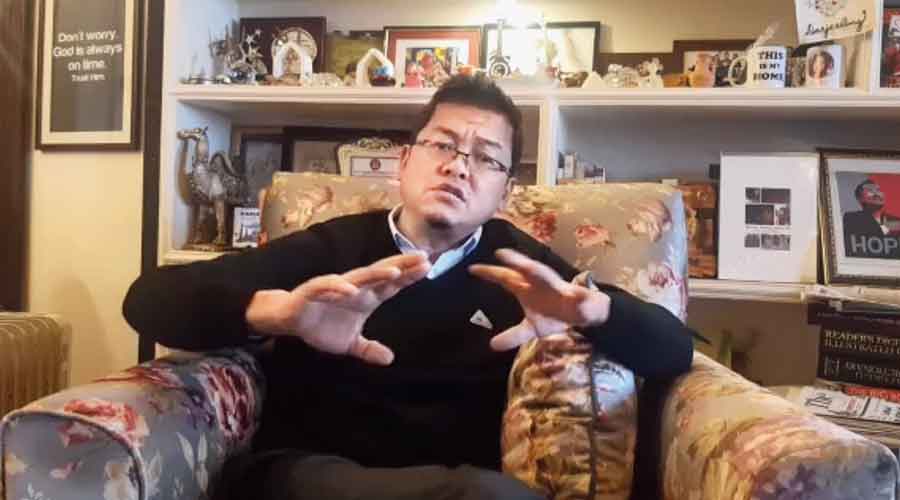 The drastic fall in the vote share of the BJP-GNLF alliance from 51.6 per cent to 7.3 per cent in Darjeeling in less than a year has prompted a leader of the saffron camp demand that the party consider breaking ties with the hill party.

Narayan Chhetri, the BJP candidate from Darjeeling municipality’s ward 18 and an executive member of the party’s district committee, urged the leadership to ditch the GNLF and suggested the saffron camp join hands with the newly floated Hamro Party (HP) that won the Darjeeling civic polls.

“The GNLF has got a big zero, we have got a small zero…. I suggest we join hands with the Hamro Party as the GNLF had been a spent force since 2007 and merely came overground in 2017 when Bimal Gurung was forced to go underground,” said Chhetri.

In the 2021 Bengal Assembly elections, the alliance had polled 20,995 votes from the 32 wards of Darjeeling municipality. It was 51.6 per cent of the total votes cast in the civic area. In less than a year, the alliance polled merely 2,592 votes (7.3 percent) at the same town.

Many, including Chhetri of the BJP, have admitted that the party’s failure to deliver on key promises of finding a “permanent political solution” and granting tribal status to 11 communities dented their support base. “To revive the party, efforts must be made to grant tribal status to 11 communities. Fulfilling this demand is more important than finding the PPS at the moment,” said Chhetri.

Even though the RTI pleas suggested that the matter had not moved beyond the RGI office, BJP leaders continued to raise the hopes of the ST status among hill people since the 2014 general election. In between these eight years, the Centre also formed three committees to examine the demand. The demand was also listed in the BJP’s 2019 Lok Sabha election manifesto. Darjeeling BJP MP Raju Bista, however, expressed confidence that the party would provide “justice” to the hill people.

The Hamro Party which fought the elections alone is unlikely to change its stance, said sources.

Soon after the victory, Trinamul leaders from Darjeeling, Binay Tamang and N.B. Khawash, reached Hamro Party president Ajoy Edwards’s residence to congratulate him. The three-month-old Hamro Party has won 18 of the 32 wards in Darjeeling and is set to form the new board.