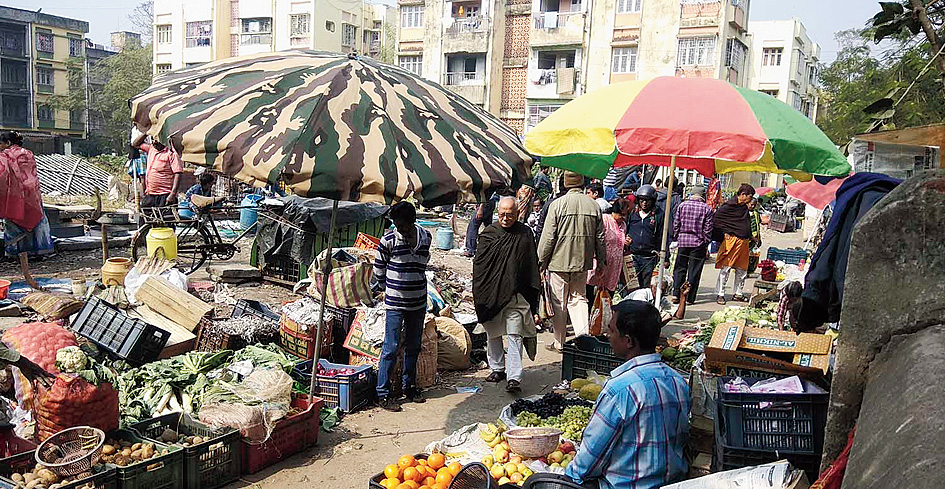 The hawkers, that for years would crowd and dirty the Karunamoyee footpaths, were evicted by the municipal corporation on December 13, 2017. But while the footpaths were cleared, the hawkers sneaked into the Karunamoyee Housing Complex, setting up stalls within the boundary walls.

A sprawling daily necessities market comes up in the ground between E block and G block from 6am to noon every day and leaves behind plastic bags, vegetable peels and fish scales. It’s business time till the afternoon for hawkers selling cigarette, chips, cola, operating under garden umbrellas. In the afternoon, food counters open up, cooking and selling snacks. 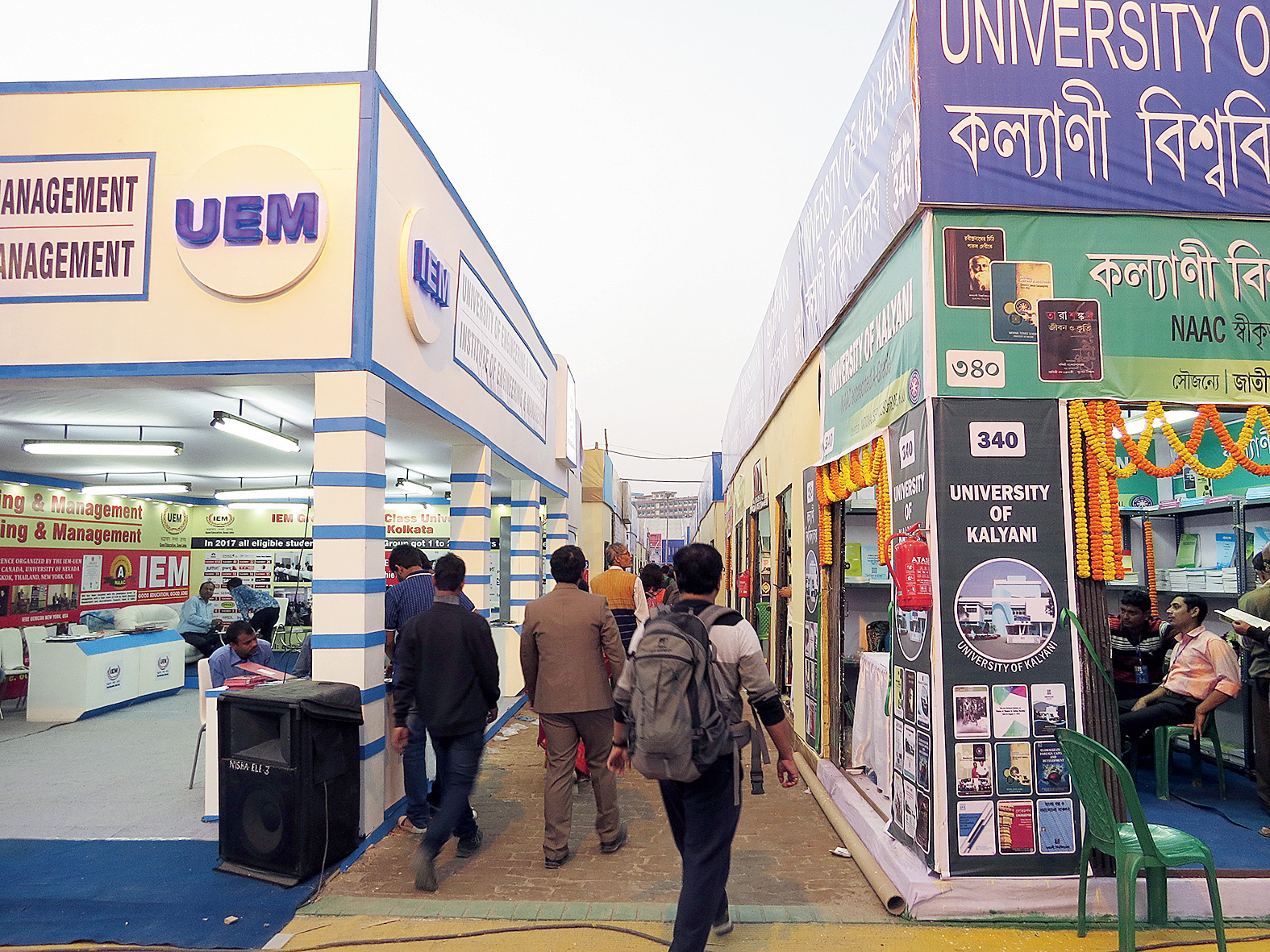 The Book Fair arrived in Salt Lake. But while residents had been eagerly awaiting this mega event, they had to make some compromises to accommodate the fair in their neighbourhood. The fair continued till February 10 at the Central Park fairgrounds. 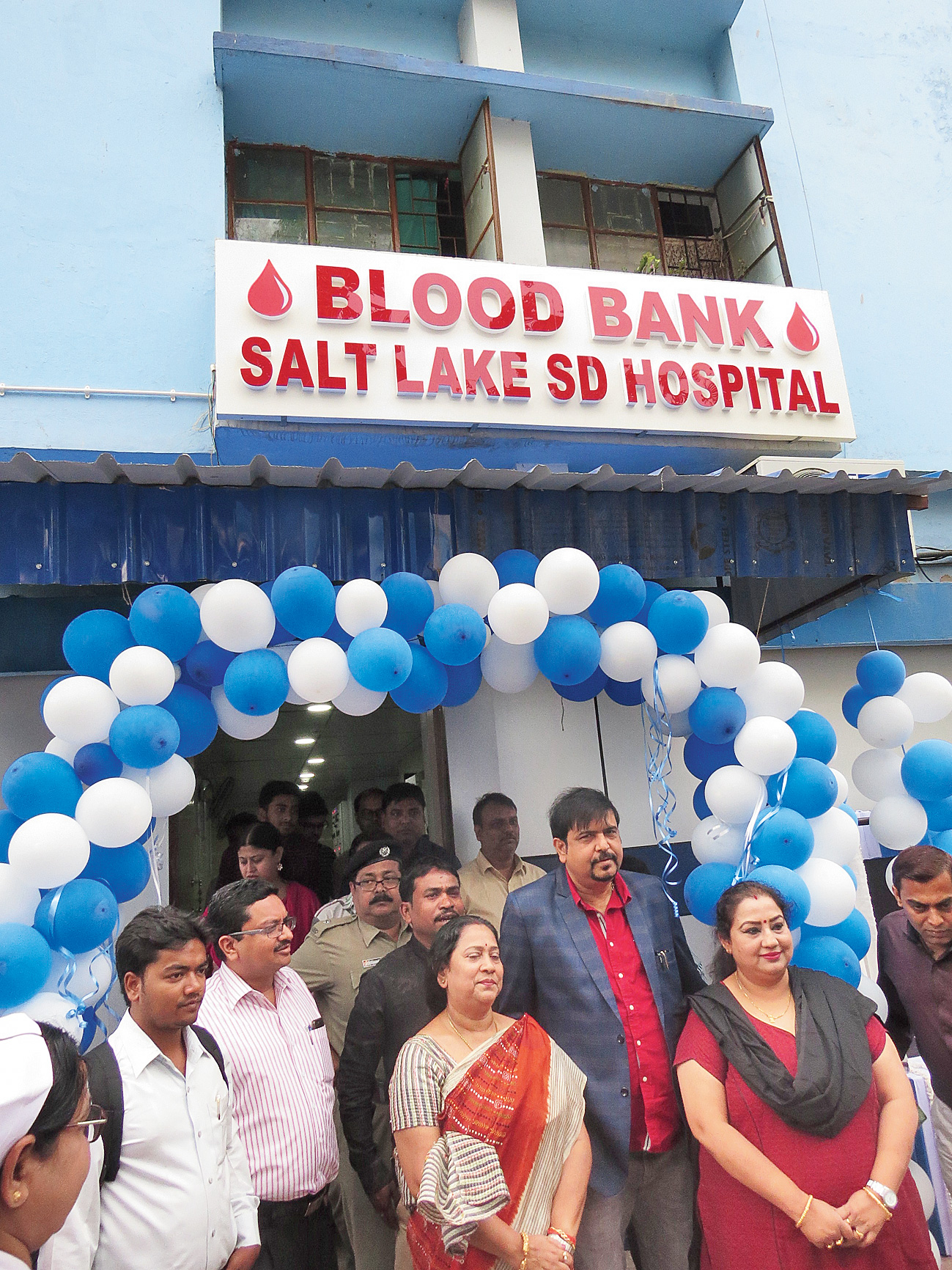 The blood bank at Bidhannagar Sub-divisional Hospital was inaugurated on February 13. While chief minister Mamata Banerjee, who also holds the health portfolio, announced the opening along with a host of other projects from Krishnanagar, MLA Sujit Bose was present at the site to cut the ceremonial ribbon.

“The funds had been promised the day the chief minister visited our hospital in 2016. It took eight-nine months more for the equipment to reach. We got the licence from the Central Drug Control on February 8. The project cost came to around Rs 90 lakh,” said hospital superintendent Partha Pratim Guha.

Home owners and commercial establishments in New Town had to pay property tax for the first time from April 2, based on the unit area assessment system introduced last year by the Calcutta Municipal Corporation.

Nearly one lakh property owners, both residents and commercial properties like City Centre New Town, did not have to pay municipal tax to the New Town Kolkata Development Authority (NKDA) since 2009.

The community hall in DA Block got renovated. The inauguration was done by the local MP Kakoli Ghosh Dastidar.

A squall toppled an inflatable Mickey Mouse slide in Eco Park and the children on the ride were flung to the ground. Twelve children were injured and five hospitalised. Adventure rides were closed at the park for a while afterwards.

The carcass meat scandal is unearthed after people living near the airport stop a youth for possession of rotten meat. It turns out he was carrying the to deliver at a Chinar Park eatery. Police later find freezers full of rotten meat in store houses behind City Centre II.

Salt Lake started getting over eight million gallons water from New Town every day, that reduced the township’s dependency on groundwater. A network of pipelines was laid, connecting the New Town water treatment plant to the booster pumping station near Central Park. 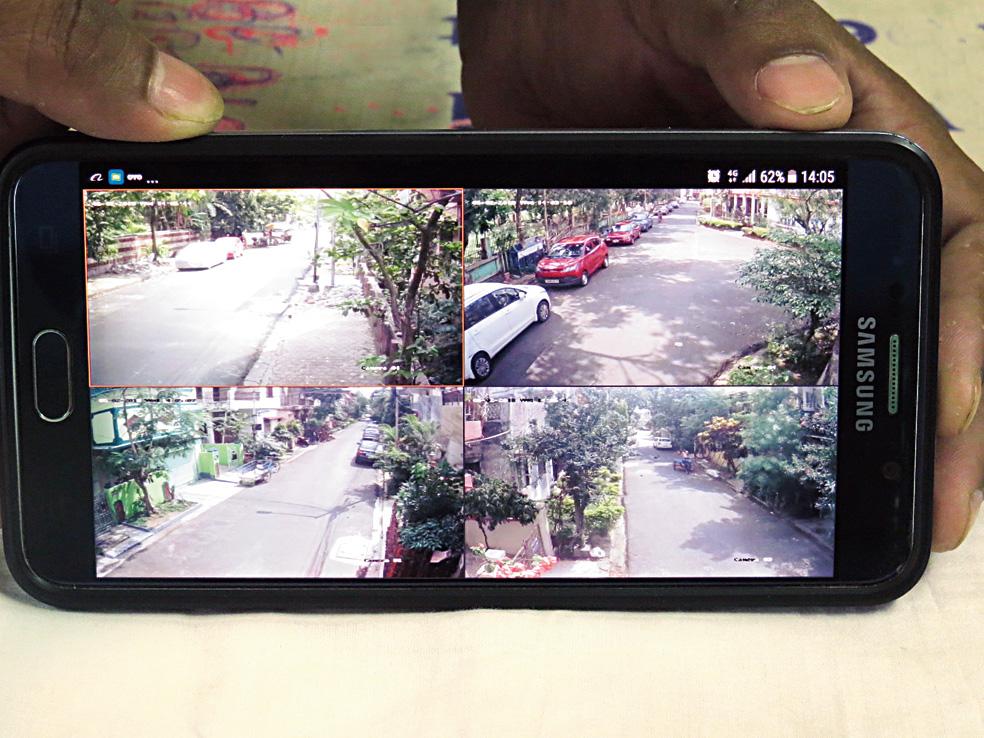 Under electronic vigil
The Telegraph picture

BC Block became possibly the first neighbourhood in Salt Lake where a residents’ body took the initiative to bring every house under CCTV surveillance. A total of 47 close-circuit cameras has been installed across the block at strategic locations.

The footage they collect is stored in 10 digital video recorders placed in the houses of residents. The feed is transmitted via wifi to the first floor of the community hall where they have installed a television.

One can even check the footage on one’s smartphone through an app and on one’s laptop or desktop through a downloadable software. All the cameras are designated on screen according to the house numbers they cover. One can simply click on any one and see the feed in real time.

The year’s strongest squall hit the township on the night between April 17 and 18. With torrential rain and winds that blew at a speed of 98kph, hundreds of trees fell, hoardings came crashing and the trail of destruction left the lanes blocked for days. 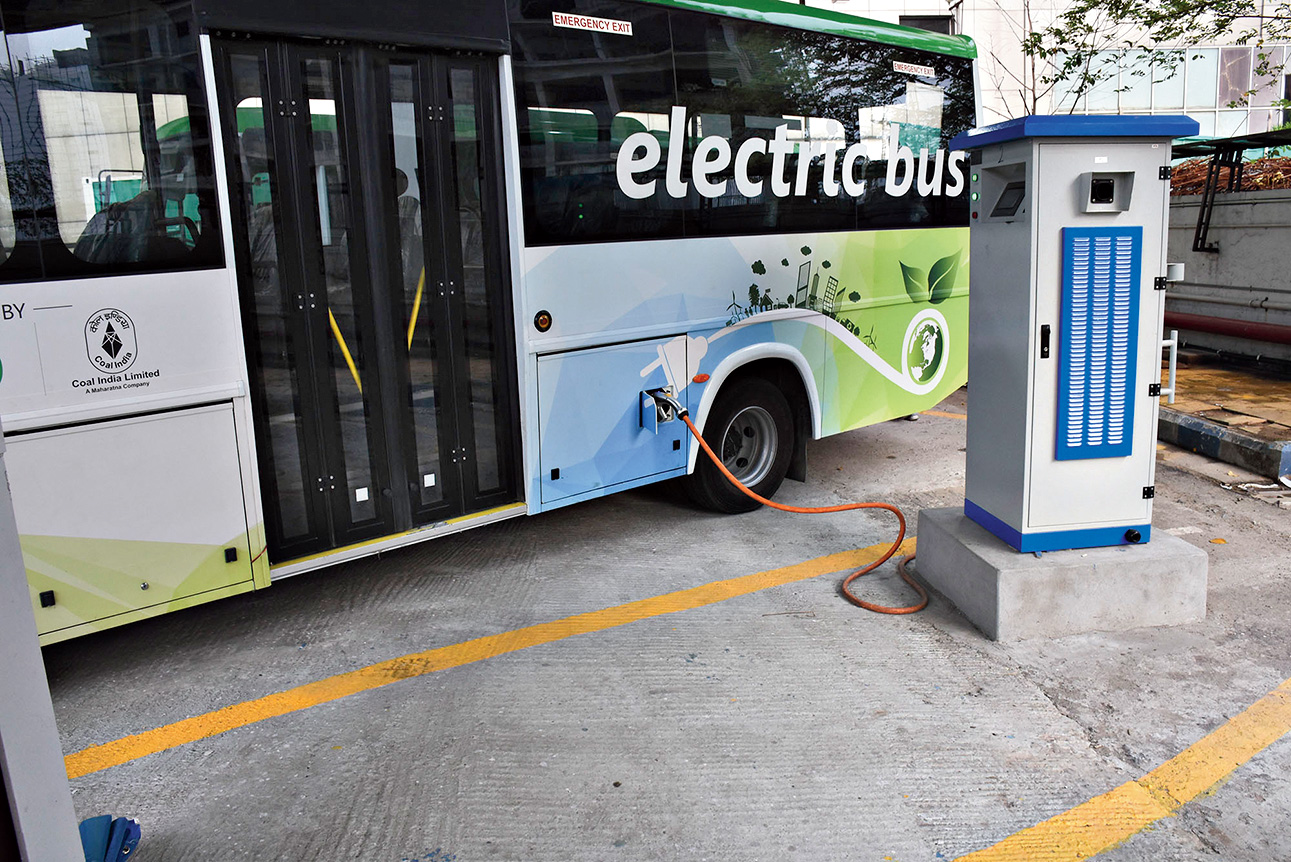 Three 32-seater AC buses have been operating on three routes since the beginning of May, covering 49 bus stops and providing last-mile connectivity to several housing complexes in New Town that don’t have any buses plying in front of them. The green-and-white electric buses have been jointly procured by the Housing Infrastructure Development Corporation (Hidco) and Coal India as part of a pilot project.

Police fitted a dozen footbridges in Salt Lake with CCTV cameras that can capture images at night as well. The cameras will help the police track down criminals who use these bridges across the Kestopur Canal and the Eastern Drainage Canal to flee the township after committing a crime. There are at least eight footbridges across the Kestopur Canal connecting the township with Lake Town, Kestopur and Golaghata among others along VIP Road.

Work has begun on the construction of two markets in New Town which will have cafes with glass frontage and will stay open till late into the night to ensure women do not feel unsafe after stepping out of their workplaces. One of the markets is coming up near the Tata Consultancy Services office in New Town and the other near the office of the deputy commissioner, traffic, Bidhannagar Police Commissionerate, behind the New Town bus stand.

Officials of Hidco, the implementing agency of New Town, said it would take about a year for the markets to be opened to the public. Hidco is building the markets at a cost of more than Rs 8 crore to rehabilitate hawkers of New Town.

The new building of Bidhanagar East police station near Salt Lake Tank 8 was inaugurated by chief minister Mamata Banerjee from Nabanna on July 6. The commissionerate’s newest police station at Narayanpur in Rajarhat also started functioning. The Bidhannagar East police station has come up on a six-cottah plot at the facility’s old site. The new five-storey building built with Rs 10 crore has air-conditioning, an automated fire control system and CCTV cameras.

Salt Lake residents will be able to pay their property tax at three branches of a private bank in the township. The Bidhannagar Municipal Corporation has authorised HDFC Bank to set up collection points for property tax at its branches in sectors I, II and III. One can visit any of the branches with the property tax bill to make the payment.

The Bidhannagar Municipal Sports Academy, funded by the Salt Lake civic body, has received accreditation from the All India Football Federation (AIFF), that puts them in the running for fielding teams in the junior national football league. The academy opposite Bikash Bhavan has two football grounds and coaches around 300 students aged six to 18. 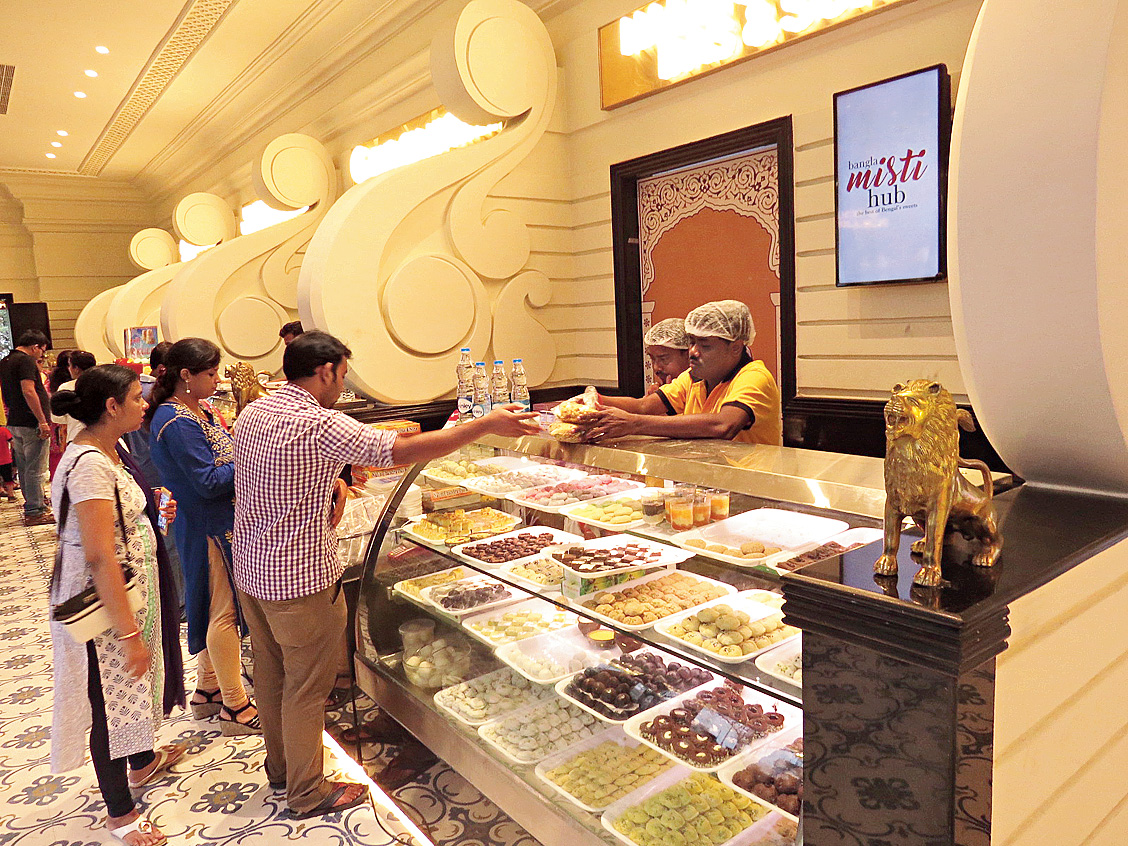 Misti Hub opened next to Eco Park’s gate 3, as the ultimate destination for sweet-lovers. The outlet has 11 stalls by heritage shops like Nalin Chandra Das and KC Das & Sons.

This was the first time that police in Salt Lake had organised such a workshop for women who were not necessarily school or college students.

Instructors trained in mixed martial arts (MMA) will hold classes every Saturday at the stadium’s plaza R for a couple of hours. The free four-month training under the Sukanya project will be open to women aged between 20 and 45.

St Xavier’s University started the functioning of its Xavier Business School as a part of its 17-acre New Town campus, around 3km from Tata Medical Center, in August. The B-School offers a two-year postgraduate programme in business administration with specialisation in finance, 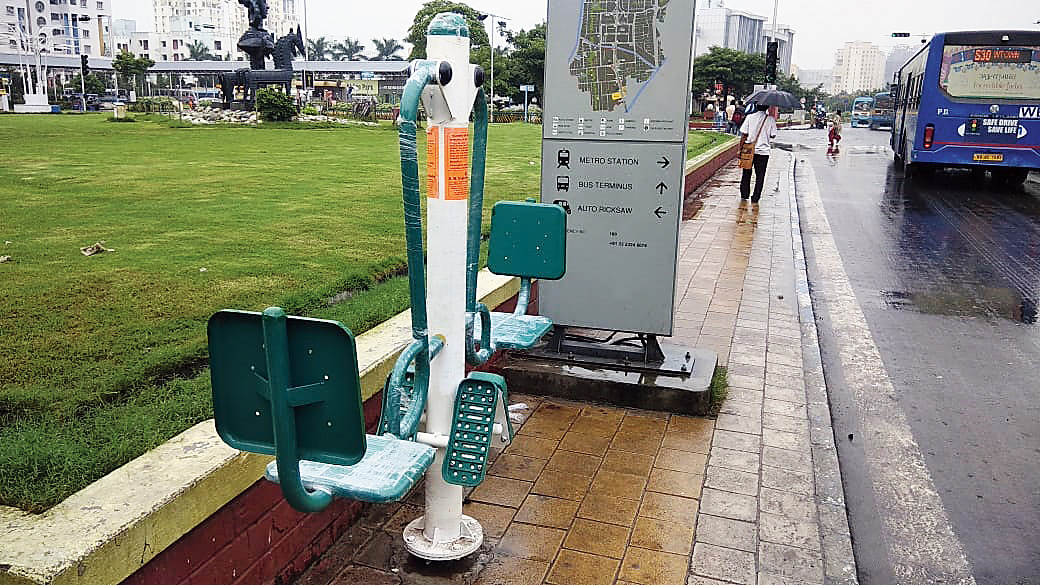 Outdoor fitness equipment were installed at various intersections in New Town to keep commuters healthy on the go. A leg-press machine where two persons can work out simultaneously has been installed at the Nazrul Tirtha bus stop and the Rabindra Tirtha bus stand (picture right). The pedals on either side are connected to resistance bands inside the machine to give anyone a good workout without going to a gym.

Six footbridges came up across the Eastern Drainage Canal to connect Salt Lake with Nicco Park, Sukantanagar and the Chingrighata intersection on EM Bypass. The footbridges have been installed near the new bridge that connects First Cross Road to the Salt Lake Bypass near the CRPF camp, near Kendriya Vidyalaya No. II and near Shilpangan Light Engineering Park in LB Block. Three more have been built along the stretch till Sarat Abasan. The prefabricated iron structures were placed across the canal by two cranes that worked in tandem to place them on the bases sunk into the banks of the canal.

The four-storey Megacity Inn, the last building standing in the way of the proposed alignment of the Airport-New Garia Metro in Mahishbathan, was razed. The Bidhannagar Municipal Corporation had started pulling down the structure a week ago, after the high court allowed the demolition and turned down an appeal filed by the owner of the building against a government order acquiring the plot.

Ten charging docks were set up by the NKDA in the township. “Battery-powered buses now ply on New Town roads. These charging points will make battery-driven cars and bikes more popular,” said an official. The charging stations are mostly located in public parking lots. The density of e-vehicle users in New Town is higher than other parts of the city.

The stations, designed by NKDA engineers, have two types of universal charging points to enable any e-vehicle to get charged.

The increasing number of lightning strikes, which have claimed a number of lives, have prompted the NKDA to make installation of lightning arresters on all buildings in the township mandatory.

Building plans will not be sanctioned if they lack a provision for installing a lightning arrester, a rooftop device that can protect a building and electrical gadgets in it from lightning strikes. 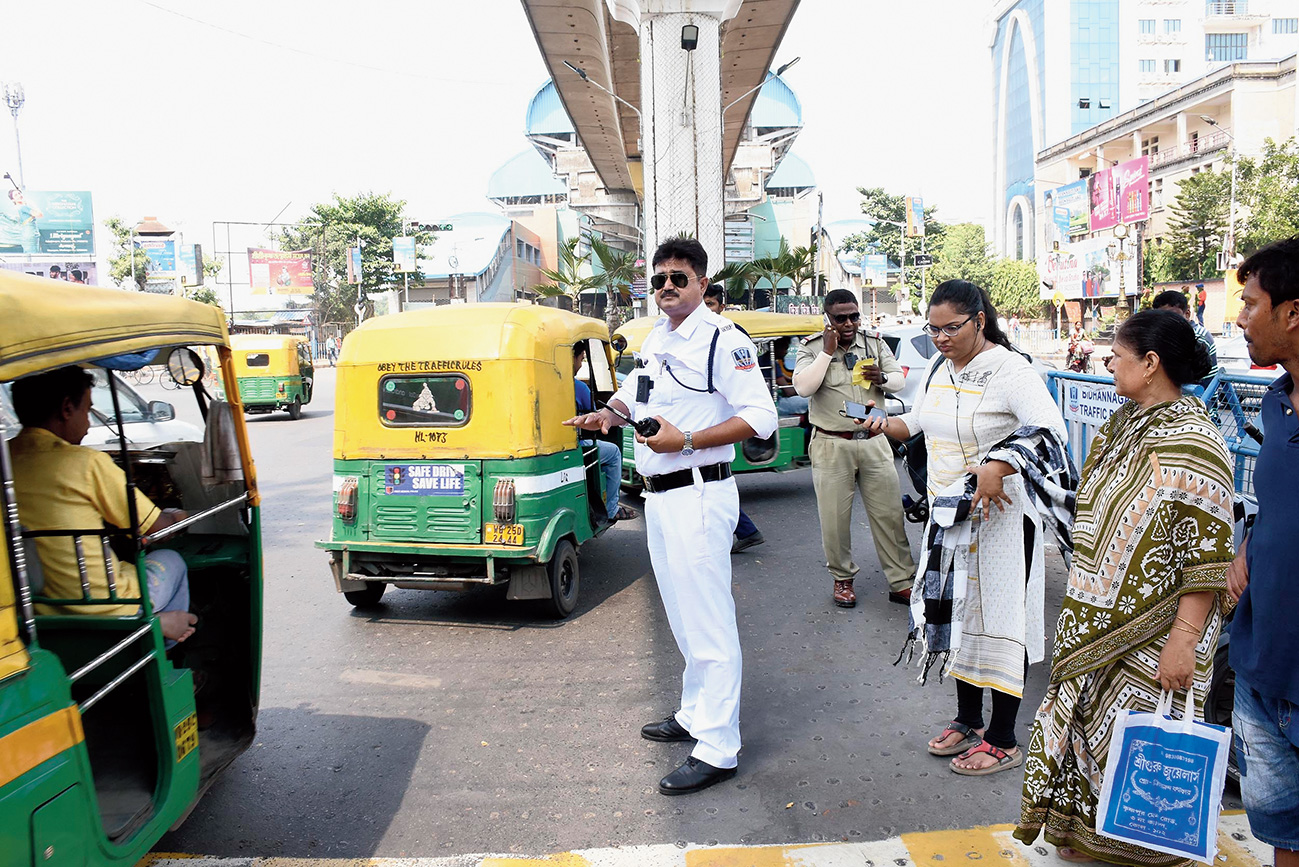 The Bidhannagar Police Commissionerate launched a website where residents can report loss of cellphones and documents such as voter identity cards or passports by lodging an e-GD (general diary). The website also lets people check their passport status online and apply for police clearance certificates, pay fines for violation of traffic rules and know the status of pending traffic cases.

Residents living in areas under 10 police stations of the commissionerate need to log onto www.bidhannagarcitypolice.gov.in and sign up by entering their names, cellphone numbers and email addresses.

Like its Calcutta counterpart, Bidhannagar Police Commissionerate switched from khaki to white uniforms this year (picture above by Mayukh Sengupta).

Bidhannagar MLA Sujit Bose was sworn in by Governor K.N. Tripathi at Raj Bhawan on December 20 in presence of chief minister Mamata Banerjee and her cabinet colleagues. Following the ceremony, the chief minister announced the portfolios of the four new entrants. Bose was named minister of state with independent charge for fire and emergency services. 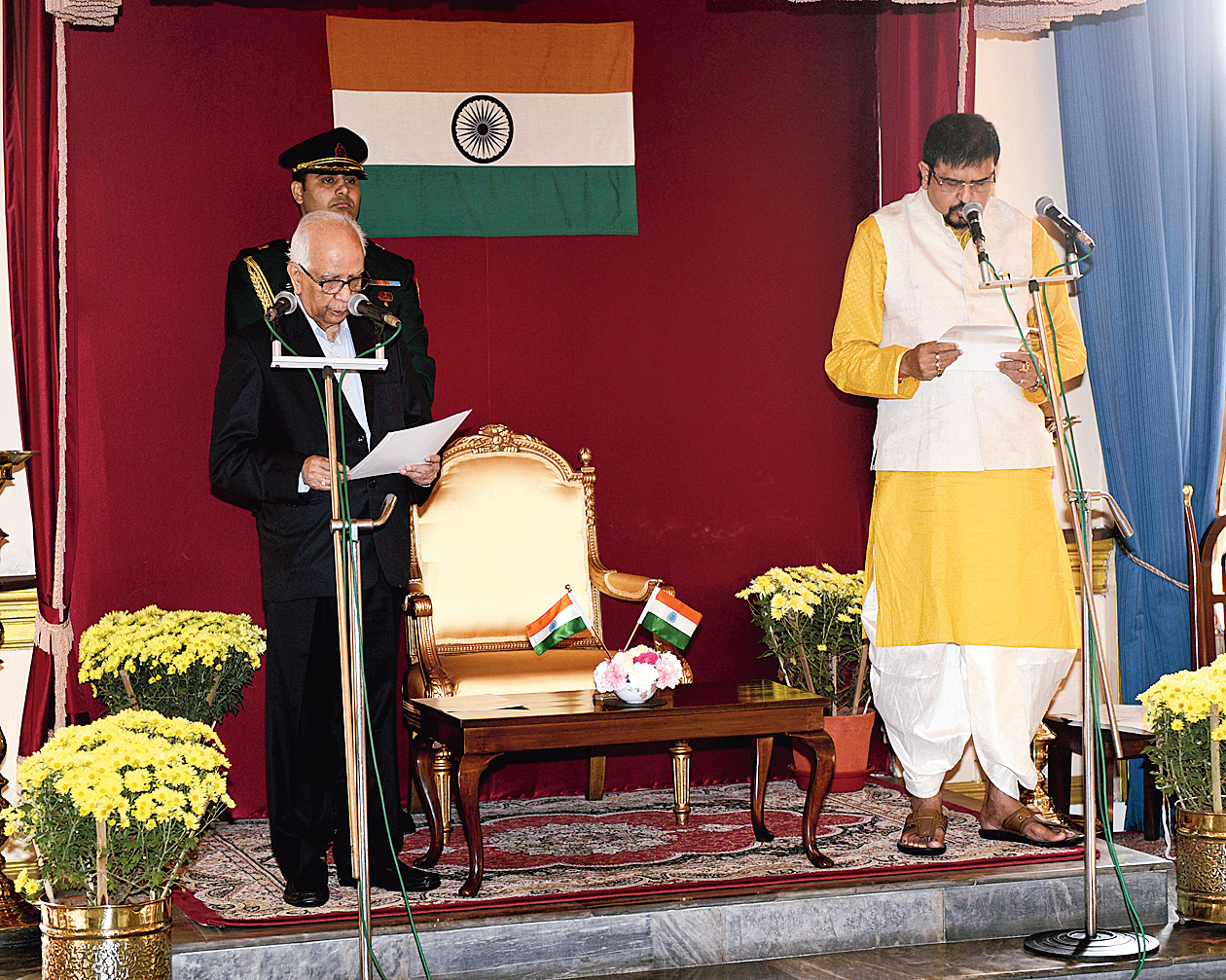 Bidhannagar MLA Sujit Bose was sworn in by Governor K.N. Tripathi at Raj Bhawan on December 20.
The Telegraph picture 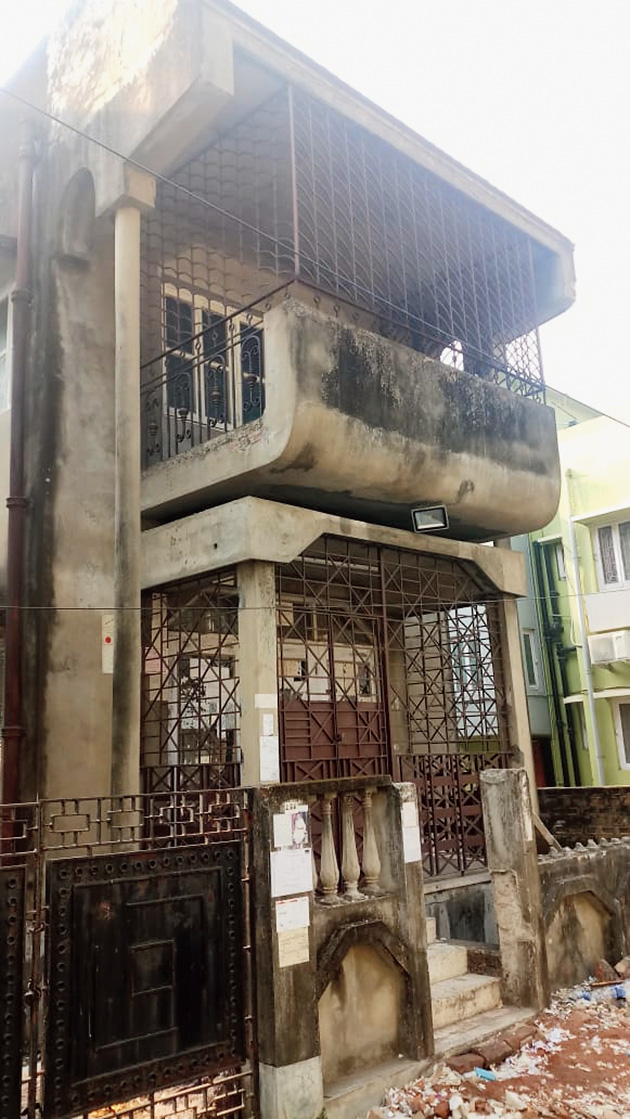 The decomposed body of a 76-year-old woman, Krishna Bhattacharya, was recovered from her BE Block home (picture left) on December 24. The incident came to light when her son Maitreya, 38, reached out to an acquaintance seeking help to bury his mother who died six days ago. Maitreya was arrested and then admitted to a hospital.