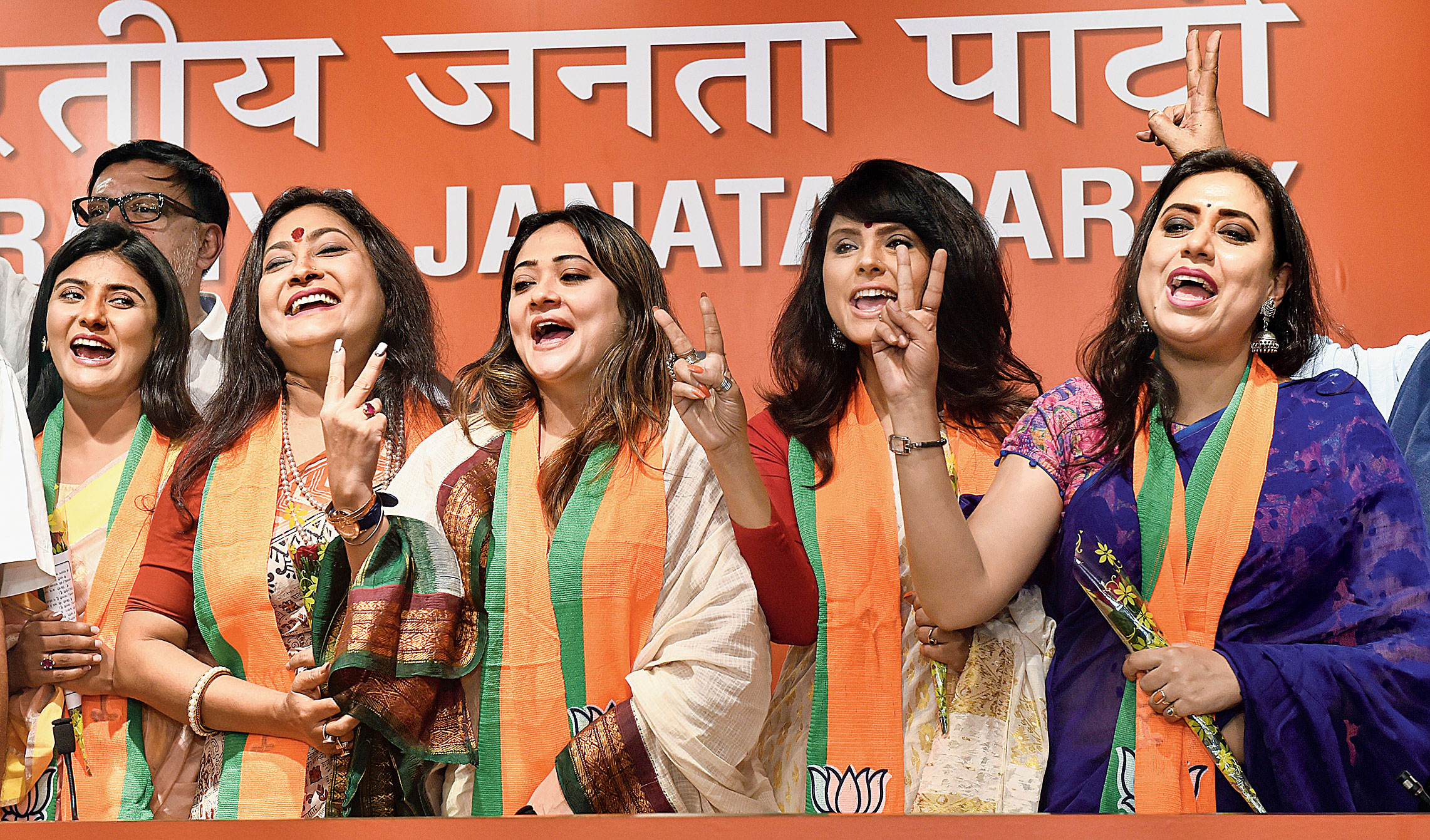 Eleven actors from Bengal, including Parno Mittra, joined the BJP at its national headquarters in New Delhi on Thursday as a possible counter to Mamata Banerjee’s culture clan that includes the glitterati of Tinseltown.

Besides Parno, some of the other prominent faces were Rrishii Kaushik, Kanchana Moitra, Rupanjana Mitra, Moumita Gupta, Rupa Bhattacharya and Arindam Haldar aka Lama. Sources said more stars were likely to follow suit over the weekend.

“Bengal is a laggard in vital areas such as education, health care and industry. I believe the deficiencies can be overcome only by the BJP, not the ruling party. I don’t believe in politics on social media. Participation, if any, should be direct. That is why I am here today,” Parno said.

Asked if she feared losing work because of her political affiliation, Parno said she had always been selective when it came to choosing films and so was in no danger of suffering a career setback.

Kaushik, predominantly a TV actor, said: “I have always been a supporter of the BJP. I believe this is the right time to join active politics.”

Dubbing it a “major blow” to the hegemony of Trinamul in the Bengal entertainment industry, MP Ghosh said: “I personally thank all these actors for showing courage to join the BJP.”

A senior Trinamul leader played down the development. “Tolly and telly, both industries were, are and will be with Mamata Banerjee,” he said.