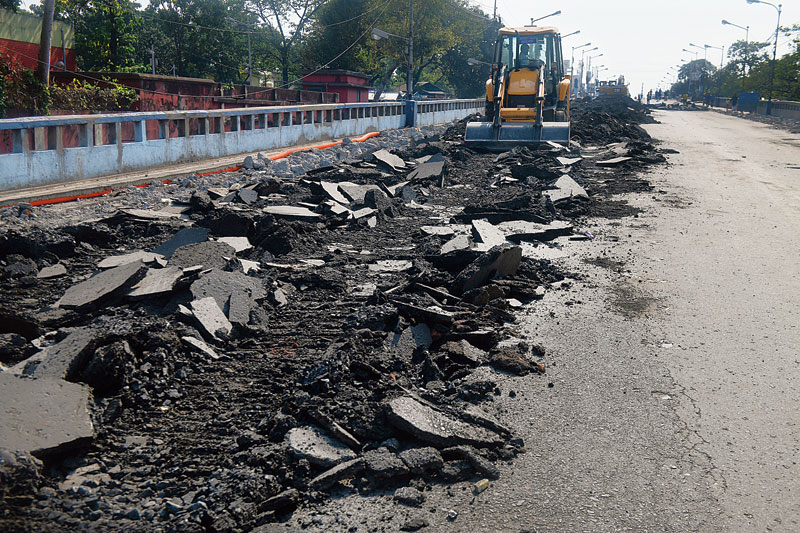 The Noapara-Dakshineswar Metro link, which could have reduced the inconvenience being faced by commuters because of the Tallah bridge shutdown, will not be commissioned in March as planned earlier, officials said.

The revised target to open the corridor, the officials said, is July.

Noapara station of the north-south Metro corridor is not of much help because the narrow approach road has left passengers averse to using it.

Baranagar station of the Noapara-Dakshineswar stretch would help commuters and the state government has been requesting the railway authorities to open it at the earliest.

“The target date for commissioning (the Noapara-Dakshineswar link) is July. There are some issues and some work is pending,” said Manoj Joshi, the general manager of Metro Railway, Calcutta.

Rail Vikas Nigam Ltd (RVNL), which functions under the railway ministry, is the implementing agency of the project. RVNL officials had earlier said they were hopeful that the Dakshineswar link would be opened by March.

Joshi, who inspected the project last week, said additional personnel needed to be deployed to speed up work. Also needed is better coordination among agencies.

The installation of the signalling system, work on which is on, requires better coordination, Joshi said. “More coordination is required with the suppliers of the equipment and agencies such as RDSO (Research Design and Standards Organisation, under the railway ministry).”

Apart from this, modification of Noapara station and the maintenance base will take some time, officials said. A crossover line needs to be installed to connect the Noapara carshed with the Dakshineswar-bound tracks.

“Finishing work of the stations has just started and will be over by June,” an official said.

After all work is over, the commissioner of railway safety will inspect the stretch before giving its nod for the service to start.

It will take more than three years to replace the 57-year-old Tallah bridge, which is a key link between Calcutta and northern suburbs.

So, the 4km-Metro link between Noapara and Dakshineswar, especially Barangar station on the route, will be the only hope for thousands of office-goers from Dunlop, Bonhooghly, Belghoria and other areas on the northern fringes.

The first phase of East-West Metro is likely to be commissioned on February 13, Metro Railway officials said. Trains are likely to run between the Sector V and the Salt Lake stadium stations in the first phase. The 6km stretch has six stations.