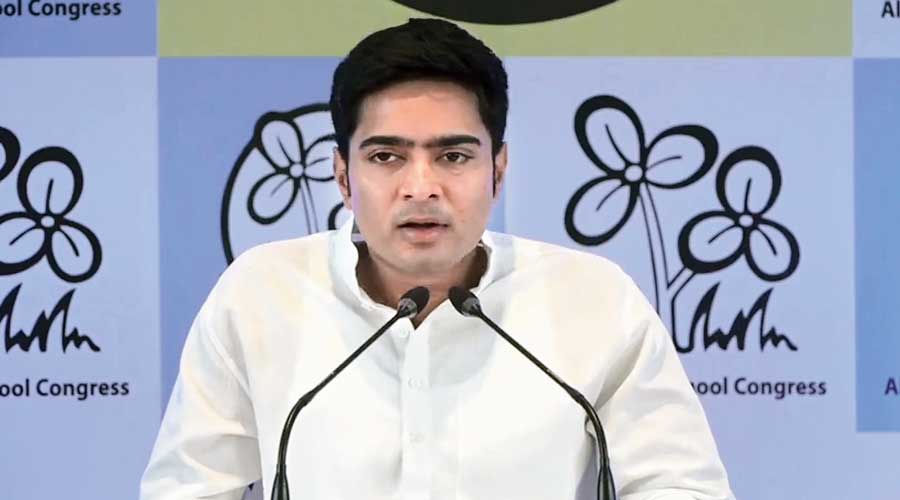 The Enforcement Directorate (ED) on Saturday summoned Abhishek Banerjee, the Trinamul Congress general-secretary and chief minister Mamata Banerjee’s nephew, to New Delhi on September 21 for another round of questioning in connection with its probe into a coal pilferage case.

The fresh summons comes within four days of Abhishek appearing for a nine-hour questioning session by the ED in New Delhi on Monday.

The central agency had also summoned Abhishek on Wednesday for questioning, but the Diamond Harbour MP had expressed his inability to go.

A section of Trinamul leaders said the decision to summon Abhishek was taken soon after Biman Banerjee, Speaker of the Bengal Assembly, decided to send separate letters to the ED and the CBI asking officers to explain how they could showcause three Trinamul leaders — ministers Subrata Mukherjee and Firhad Hakim along with Madan Mitra, the Trinamul MLA from Kamarhati — without his consent.

The ED, which is probing into the money laundering aspect in connection with the Narada sting operation, recently submitted chargesheets against housing and transport minister Hakim, panchayat minister Mukherjee, along with Mitra, former Calcutta mayor Sovan Chatterjee and IPS officer S.M.H. Mirza.

The chargesheet followed a criminal case drawn up by the CBI. The ED requested a special court while submitting the chargesheet that the accused be summoned for questioning on November 16. The court, while granting the plea, had directed that the summons to Mukherjee, Hakim and Mitra be served through the office of the Assembly Speaker, as the trio are legislators.

Summons to the other two would be served directly at their addresses, the court had said.

Speaker Banerjee has decided to question this move saying the state Assembly’s consent was required before drawing up chargesheet against MLAs. Separate letters are being sent to both agencies asking why the mandatory clearance was not taken before drawing up the chargesheet.

“In retaliation to the Speaker’s letters, the ED has decided to call Abhishek. It would take a few days to assimilate whatever he answered during the nine-hour long questioning. But it seems there is an urgency,” said a senior Trinamul leader overseeing preparations for Mamata Banerjee’s by-election campaign in Bhowanipore.

ED officials said they recently found that two companies that had links with Abhishek and his family had received several crores of rupees from a construction company, which in turn received the amount through some of the accused in the alleged coal pilferage case.

“We want to clarify some of the answers that Abhishek has submitted to us in writing,” said a senior ED official.