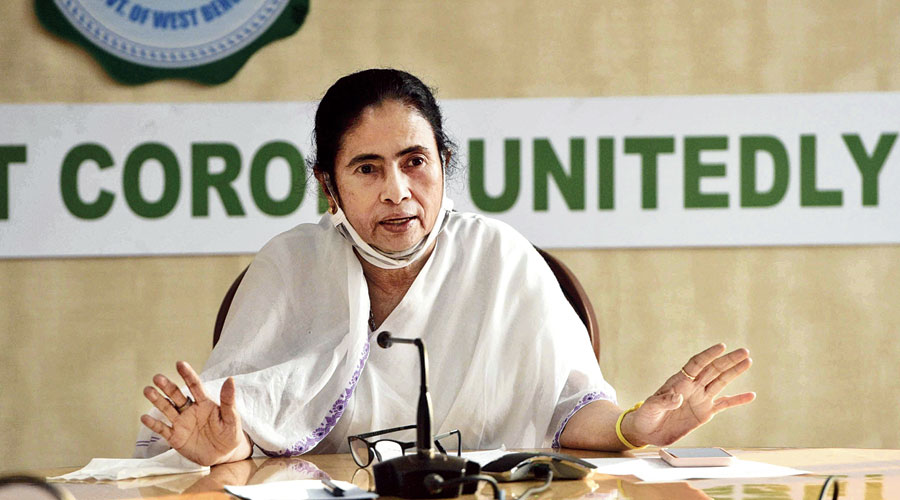 The Mamata Banerjee government on Monday appointed four senior IAS officers as nodal officers to supervise and coordinate initiatives to control the spread of Covid-19 in four districts where the coronavirus had spread at an “alarmingly high rate” in the past few days.

A senior official said that almost 85 per cent of positive cases were reported from these four districts.

“Despite several attempts by the government to contain the spread of the infection, the number of positive cases could not be brought down in these districts. This suggests loopholes in implementing administrative decisions. The senior officers will now monitor a synchronised battle against the spread of Covid-19,” said a senior government official.

Opposition leaders in Bengal wrote to chief minister Mamata Banerjee about their growing concerns on the treatment of Covid and non-Covid patients in the state and irregularities related to Amphan relief, among 10 demands. The letter was signed by Abdul Mannan, the leader of the Opposition, and Sujan Chakraborty, the leader of the Left Front Legislative Party. “We sought her (the CM’s) intervention to ensure all patients get proper treatment in Bengal,” Mannan told newspersons.

He added that the Opposition also demanded FIRs against those accused of misappropriating Amphan relief materials.