Take money from BJP when they offer but vote for TMC, Abhishek tells voters

‘If they can cheat you, why won't you do the same?’ 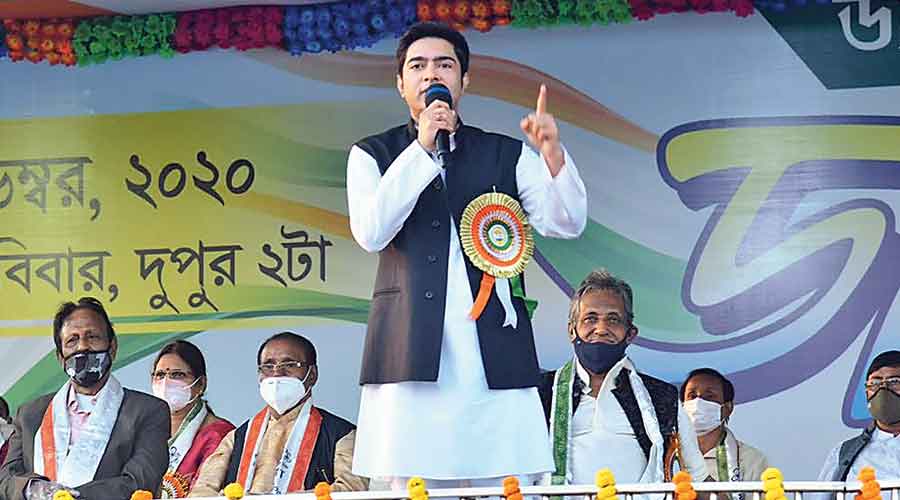 Alleging that the BJP was distributing cash to purchase votes, TMC MP Abhishek Banerjee on Thursday asked people to exercise their franchise in favour of his party, after having taken the money being offered by the saffron camp.

Insisting that people should bargain for more, he urged voters to ask for Rs 5,000 if offered Rs 500.

"Take money from lotus (BJP symbol) and vote for the twin flowers (TMC symbol). If they can cheat you, why won't you do the same," Abhishek asked at a public meeting at Kumargram in Alipurduar district

Speaking at another rally at Cooch Behar's Tufanganj, he said that people have to decide whether they want leaders from outside or their "daughter Mamata Banerjee".

Taking a jibe at the BJP's "acche din" promise, the TMC MP said that the saffron party has failed to live up to the expectations of people.

He pointed out that the price of essential items, petrol and cooking gas have skyrocketed under the BJP rule at the Centre, causing hardships to many people.

Slamming the Union government over its handling of the Covid-19 situation, he said the Mamata Banerjee dispensation had to make massive arrangements to bring home people from other states, and provide for their sustenance, with "little or no help" from the Centre.