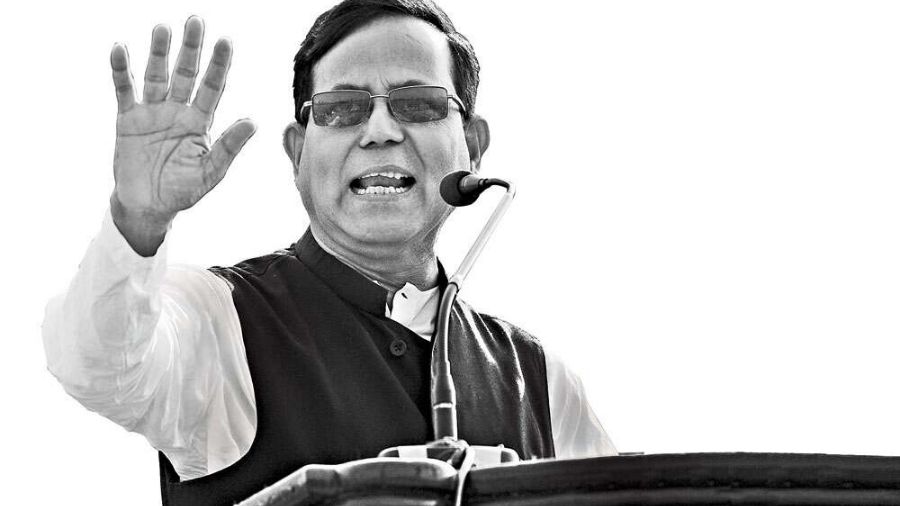 The CPM’s Bengal unit on Thursday evening named Mohammad Salim as the new face of the Bengal  CPM, as the party’s new state committee endorsed the 1957-born politburo member’s name to lead the party at a time when it is struggling to reclaim electoral relevance in an increasingly polarised Bengal, with the politicalscape divided between the Trinamul and the BJP.

Salim pipped the Howrah district secretary Sridip Bhattacharya, who was favoured by a section of the party bosses at Alimuddin Street, at the last hours on the last day of the 26th state Congress of the party held in Calcutta and attended by general secretary Sitaram Yechury and his predecessor Prakash Karat, among others.

Salim, who replaced Surjya Kanta Mishra, is a well-known face for the CPM having served in both the upper and lower Houses of Parliament, as well as a state minister and is frequently seen on national television airing the party’s views.

This would be the first time that the CPM has handed over the reins of the party in a state which it had literally lorded over for 34 uninterrupted years to a member from the minority community.

According to sources, some sections of the party leaders were apprehensive of appointing Bhattacharya, largely unknown to people outside the immediate party circle, at a time when the party has displayed a very miniscule turnaround in the recently concluded civic polls.

The Left’s sway on the minority community has dwindled severely since its last term in power between 2006 and 2011. The 2021 Assembly polls saw a massive consolidation of the minority votes towards the Trinamul, as in areas which the Congress had its strongholds went the Trinamul way.

Salim’s elevation gives CPM a chance to go to the minority voters that the party is not paying mere lip service to the community.

On Wednesday, CPM had nominated Saira Shah Halim for the upcoming bypoll to the Ballygunge Assembly seat. According to CPM sources, Salim had played a role in Saira’s getting the ticket.

Salim had also played a pivotal role in bringing the Indian Secular Front to forge an alliance with the Left Front ahead of the 2021 Assembly polls, though electorally the move failed.

With panchayat polls scheduled for next year and Lok Sabha polls barely two years away, the new state secretary’s task is cut out.

Along with the elevation of Salim, some of the familiar faces during the last four decades of Bengal politics have moved away.

The 77-year-old Biman Bose, the oldest member in the state committee, and former state secretary, stepped down from the committee, though will continue as a whole-timer. The party had decided earlier that none above the age of 60 would be included in the state committee. Those above the age of 72 would have to step down. The only exception was made in the case of Bose, who is considered fitter than most other CPM leaders and even at this age participates in party rallies.

The young brigade of the CPM who had contested the 2021 Assembly polls unsuccessfully like Minakshi Mukherjee, Pratikur Rahman, Mayukh Biswas and Srijan Bhattacharya who were invitees to the state committee have now been inducted.