Bengal BJP leader held for stir, out on bail

Raju Banerjee, a state secretary of BJP, was picked up with some district party leaders in Raiganj for a sit-in which broke lockdown rules 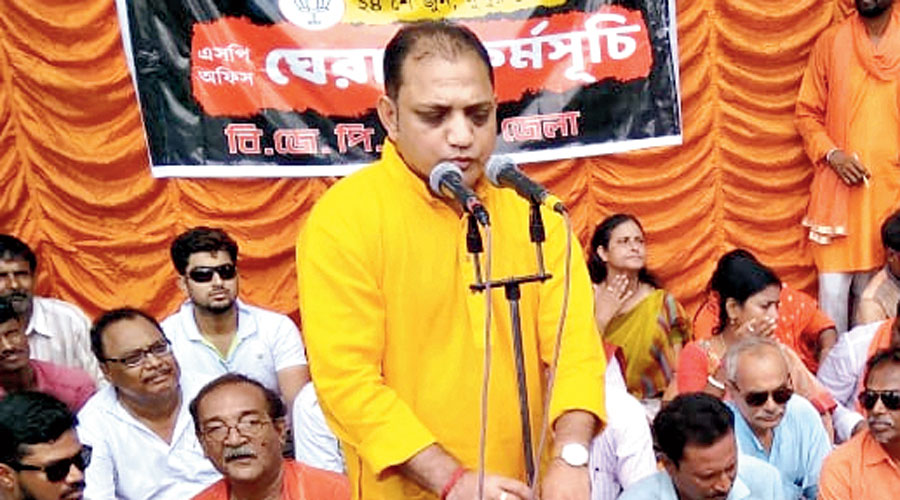 Raju Banerjee, a state secretary of BJP, was arrested from Raiganj on Thursday, hours after he was held and freed on Wednesday.

Banerjee was accused of orchestrating a roadblock on NH31 and blocking traffic on Sunday after the news of a teenage girl’s death in Chopra block under Islampur subdivision spread. Produced in court, Banerjee was released on bail on Thursday afternoon.

On Wednesday, Banerjee was picked up with some district party leaders in Raiganj for a sit-in related to the girl’s death — which party leaders had claimed was murder — in front of the party district office of the town, which broke lockdown rules. They were later released on personal bonds.

Police are probing the girl’s death, which was followed by the discovery of the body of her friend a day later. The girl and boy, both 16, had passed Madhyamik this year.

“Police checked call lists and texts in their cell phones, and suspect the two minors were in a relationship. Both died of poisoning from a similar type of poison,” a source said.

“The girl’s father and two brothers are being interrogated.”

The BJP has also accused the police of bias against the girl’s family. Trinamul has slammed the BJP for politicising the entire issue.