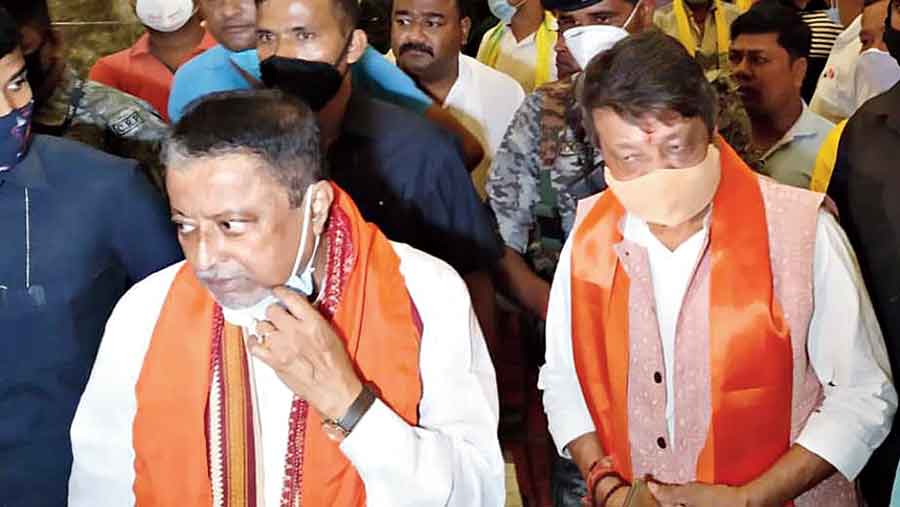 All eyes are on Siliguri now, thanks to the scheduled whirlwind visit of BJP national president J.P. Nadda here on Monday.

A number of frontline leaders of the party and central leaders tasked with consolidating the BJP’ support base in Bengal, party MPs and MLAs have started congregating in Siliguri from Sunday.

Elaborate arrangements are being made at a hotel off NH31 on the northeast end of the city where Nadda will address party leaders and workers and is likely to share strategies for securing most seats in north Bengal in next year’s crucial Assembly polls.

In all, there are 54 Assembly seats and eight Lok Sabha seats in the region. At the 2019 Lok Sabha polls, BJP had secure seven seats and manage a lead in 38 Assembly segments.

Trinamul, which could not bag even one Parliament seat from the belt, gained a lead in 12 Assembly segments. The Congress got a lead in four.

A political observer said that since then, the BJP leadership had consistently focused on north Bengal. “The party wants to retain the leads in these 38 seats and increase the number of seats in the Assembly elections. Trinamul, on the other hand, is desperate to revive its support base. At this point, Monday’s meeting is significant as it is expected that the BJP president will unveil plans before party leaders and workers to perform better,” said a political observer.

The observer pointed that Trinamul had started playing the development card again to woo voters from areas such as the tea belt and the Rajbanshi-dominated stretch.

Nadda, party sources said, will reach Naukaghat More in southern parts of the city, from the airport. There, he will pay homage to Panchanan Burma, considered the most revered statesman of the Rajbanshi community. From there, he will visit a local Kali temple and then reach the meeting venue. He will leave for Delhi late in the afternoon.

That the BJP will sharpen its political attack on the Mamata Banerjee government and her party and try and drum up support in the tea belt is evident from recent visits of Raju Bista, the BJP MP of Darjeeling, to the tea gardens of the Terai belt or gardens on the outer reaches of Siliguri.

Here, Bista met people and slammed the state government for poor road connectivity to these gardens.

“Putinbari is hardly 10 to 12km from Siliguri and it was shocking to see people there do not have any road connectivity. There is a river midway and people here use tractors to cross it. During rainy season, over 5,000 people who live in the adjoining areas remain completely cut off from Siliguri. A bridge had collapsed years back and no initiative was taken by the state to rebuild it,” said Bista.