Amit, whose right ear almost got severed under the impact of the hit, had undergone a plastic surgery on Saturday, said an official of the hospital 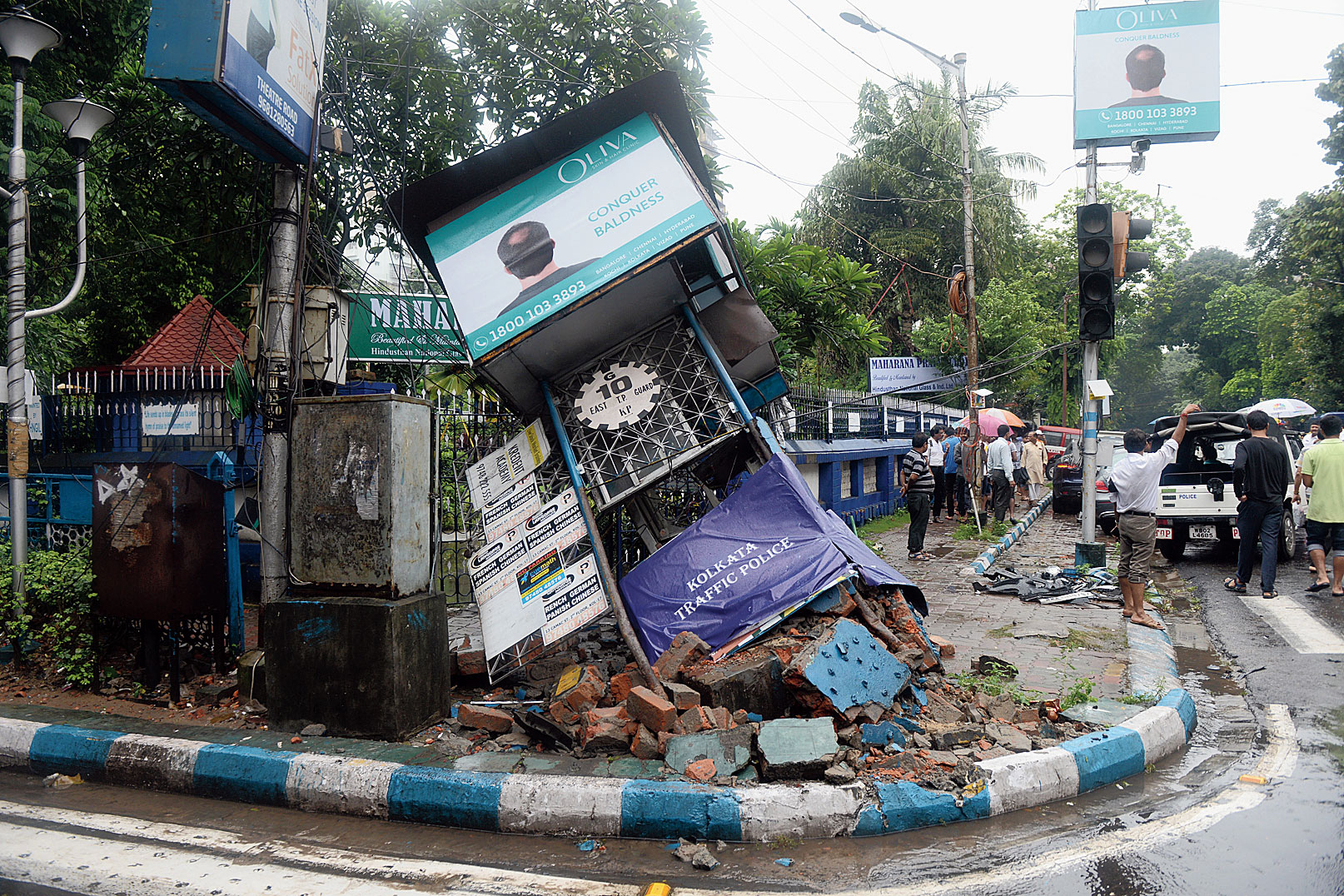 The damaged police kiosk opposite Shakespeare Sarani police station after it was hit by the Mercedes that veered off its path when the Jaguar rammed into it. Two of the three Bangladeshi tourists, who were standing in front of the kiosk, died when the Mercedes hit them with great force.
Picture by Bishwarup Dutta
Subhankar Chowdhury   |   Calcutta   |   Published 18.08.19, 08:37 PM

Amit Kajaria, 50, and his wife Kanika, 44, who sustained injuries after their Mercedes was hit by Arsalan Parwez’s Jaguar F-PACE early on Saturday, are still in trauma with relatives and friends visiting them at AMRI Hospital, Dhakuria, where the couple is admitted.

Hospital officials said both were recovering, but Kanika was complaining of pain in the abdomen and chest. She underwent a CT scan on Sunday.

“The CT scan is likely to throw light on whether she has sustained any internal injury. We would take a call on whether any laparotomy has to be conducted based on the report of the scan,” said the doctor.

Laparotomy is a surgical procedure where an incision is made in the wall of the abdomen to examine the abdominal cavity to find out any for injury, said the doctor.

Doctors at AMRI said they were not discussing the accident with the couple as they apprehend that could cause further trauma.

Amit, whose right ear almost got severed under the impact of the hit, had undergone a plastic surgery on Saturday, said an official of the hospital.

“His ear is still bandaged. The operation was successful but he will need to be at the hospital for a few more days,” said the official. A CT scan has already been conducted on him on Saturday. But the doctors are likely to go through the report on Monday. The CT scan was conducted to check for any internal bleeding. “Like Amit, Kanika’s condition is also stable but she is under heavy sedation and being monitored closely,” said the hospital official.

Both of them are still on liquid diet, said doctors. Police, however, did not come to the hospital to record their statements on Sunday.