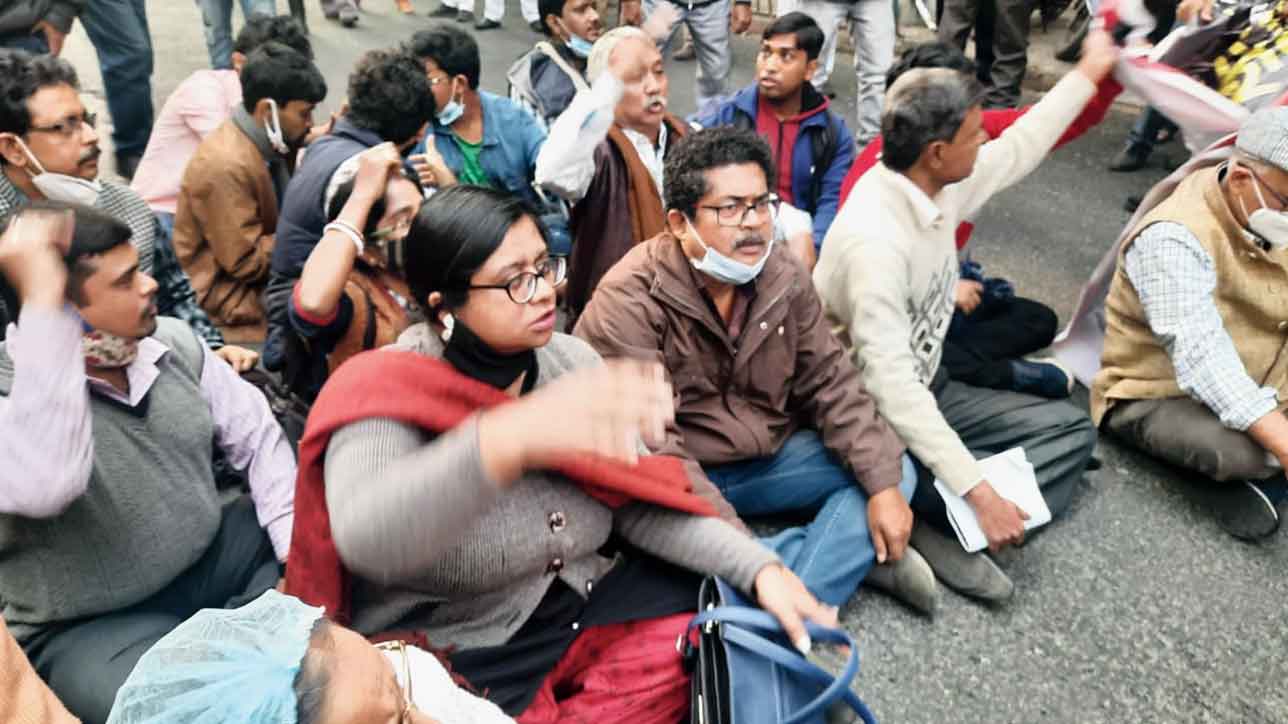 Calcutta police arrested around 250 Left Front leaders and workers who had gathered in front of the State Election Commission office Wednesday to demand polls to the Howrah Municipal Corporation on January 22.

Left leaders claimed protesters were taken into custody before they could start the event. To condemn the arrests, Left parties have called for a statewide protest on Thursday.

“Police had no warrant to arrest Left activists… The way arrests were made in this Covid-19 period will only spread infection. The government deliberately broke coronavirus protocols. We condemn these arrests,” said Left Front chairman Biman Bose. “Tomorrow (Thursday) protests will be held across the state.”

Left parties on Monday announced a protest in front of the state poll panel’s office on Rawdon Street from Wednesday 2pm against the panel’s decision not to hold Howrah civic polls on January 22.

On Wednesday, Left workers from Howrah and Hooghly reached the poll panel office by 1.30pm. They were picked up by police around 1.45pm. Senior Left leader Rabin Deb reached the venue at 2.15pm and was arrested.

“Till 4.30pm, police arrested 245 of us. We were taken to Presidency Jail where we demonstrated against the arrests,” Deb said.

They were released on unconditional bail later and took out a rally from Presidency Jail to the National Library, raising slogans.

“…An expert committee must be formed by the poll panel and based on their advice the commission should decide if it is right to conduct polls on January 22,” Majumdar said. “What we are observing is that the contamination rate is on a rise… The number of omicron cases are also increasing…I think if this continues, the commission must reconsider the dates.”

Majumdar’s comments came after chief minister Mamata Banerjee at a district review meeting at Gangasagar on Wednesday asked government officials to take steps to combat the rising graph of Covid-19 cases in the state.

CPM leader Biman Bose also said polls should not be delayed any further.