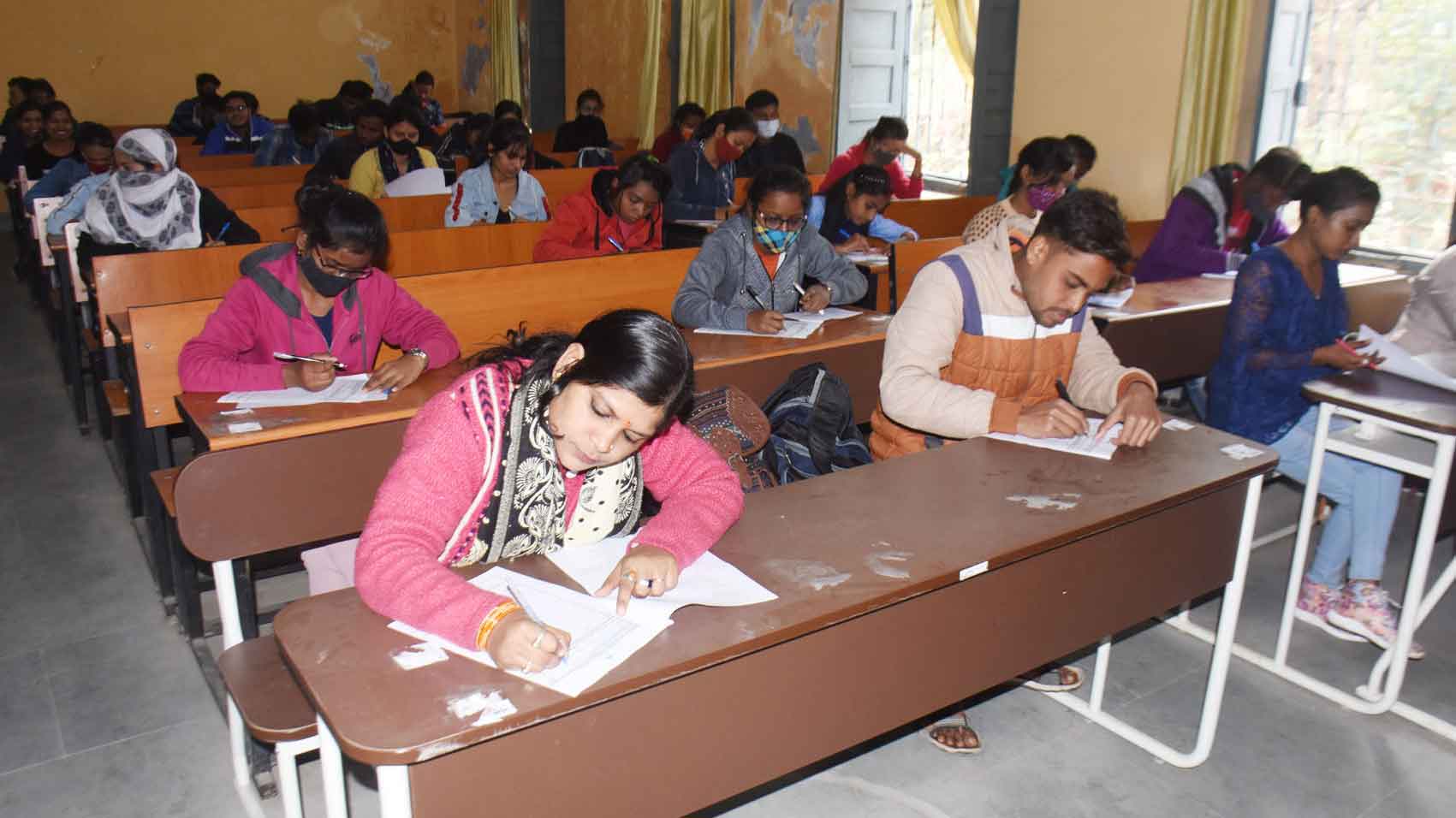 Students appear in the written test during the Placement Drive-2021 at PK Roy Memorial College in Dhanbad
Gautam Dey
Our Correspondent   |   Published 18.12.21, 09:52 PM

The occasion was the inaugural day of a six-day placement drive conducted by the placement cell of PK Roy Memorial College and the selected students who will be placed at lab and office of Jai Balaji Group will get a pay package of Rs 3 lakh per annum.

Notably, 150 students appeared for the written tests after which 30 qualified for the interview round following which eight were lapped up for placement.

Talking to The Telegraph Online, BK Sinha, Principal of the host college said “Apart from Jai Balaji Group which conducted placement today, HCL Infosys systems Limited will carry out campus selection on Monday (December 20) which will be followed by the placement session of Reliance Industries and others."

Divulging more details, Sinha said,  “Only graduate pass students were allowed  for the placement” and added that they are in process of roping in Wipro and Infosys too. We are also in  process of launching some specific courses tailored as per the requirement of the industry and arrange industrial training for the students."

Dhanbad: In a close contest between Bhelatand Colliery and Surface Department at Tata Digwadih stadium of Dhanbad on Saturday, Bhelatand Colliery clinched the  ‘Inter-Colliery T20 Cricket Tournament winning by 21 runs in the final.

Bhelatand Colliery won the toss and elected to bat first and scored 138 runs in 20 overs. While, Rohit Shukla scored 65 and Manoj Nayak 26, Deepak Kumar Singh of Surface bagged the first Hat-trick of the tournament.

Batting second, the Surface Department  managed to score only 117. Deepak Kumar Singh braved odds with 48 runs (47 balls), but, economical bowling from Virendra Singh and Mithu Gope of Bhelatand Colliery made sure Bhelatand romped home. Rohit Shukla from Bhelatand Colliery was adjudged the Man of the Match for his match-winning 65 runs (53 balls).