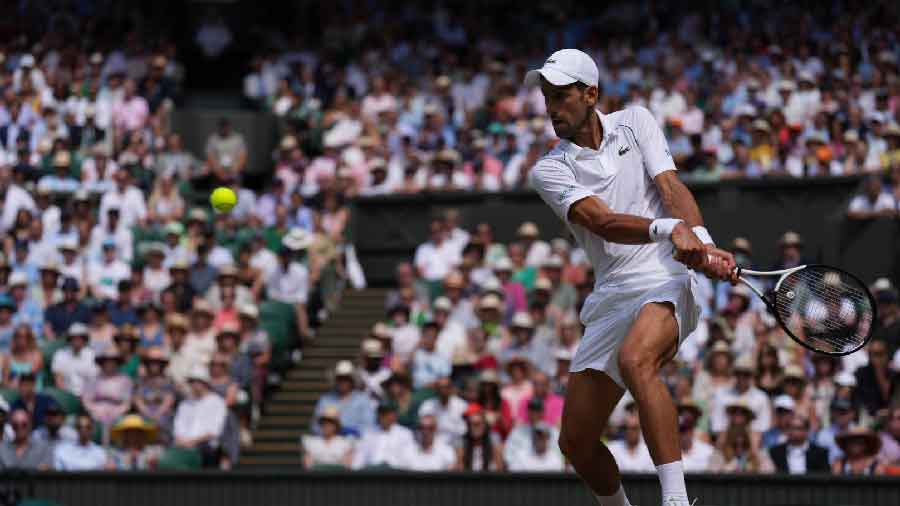 The 35-year-old Serb stretched his unbeaten streak at Wimbledon to 28 matches as he calmly seized the initiative after being eclipsed in an opening set dominated by the Kyrgios serve. In claiming a seventh Wimbledon crown, Djokovic took his Grand Slam singles haul to 21, one behind men's all-time record holder Rafa Nadal.

Playing in his first Grand Slam final, the 27-year-old Kyrgios played some scintillating tennis in a 31-minute opening set in which Djokovic could get nowhere near his serve. But Djokovic raised his level to break out of nowhere early in the second set and began to take control as Kyrgios's volatile temperament started to boil in the afternoon heat.

When Kyrgios dropped serve from 40-0 up at 4-4 in the second set and Djokovic held to move a set from victory the Australian appeared close to losing control as he ranted with his box. Kyrgios re-focused in a fourth set in which neither player saw a break point but his dream of becoming Australia's first male Grand slam champion for 20 years evaporated as his game fell apart in the tiebreak.

After a Kyrgios backhand hit the net on Djokovic's third match point, the top seed raised his arms to the sky and after shaking hands bent down to pluck some grass from the famous old court having become the second-oldest men's Wimbledon champion in the professional era.