T20 World Cup : Adam Zampa’s googlies on & off the field 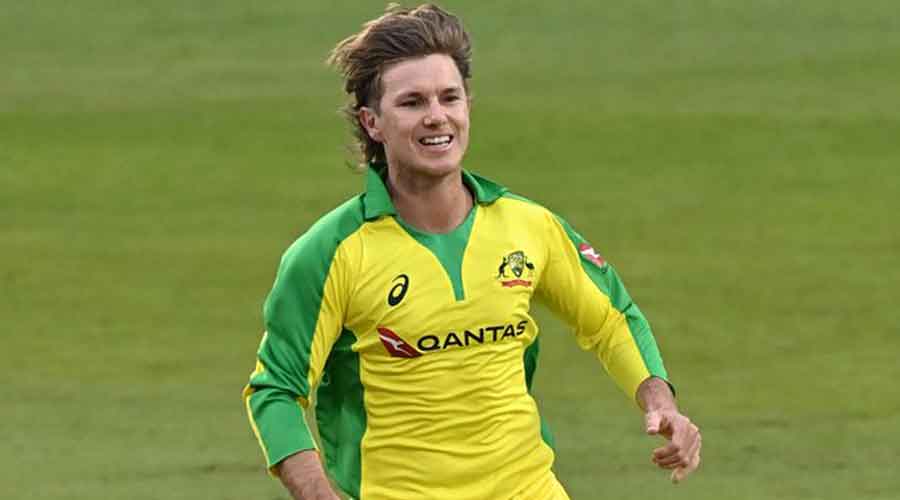 Spinner Adam Zampa’s deliveries are very unpredictable — his googlies are hard to read and at 29, he looks boyish too. But a journalist in the press box quipped: “Sri Lankans should focus more on his deliveries than his looks.”

It was Zampa’s dismissals of Charith Aslanka and Avishka Fernando that put the brakes on Sri Lanka’s run flow.

Zampa proved his mettle as a fine T20 bowler in the 2016-17 series against Sri Lanka. In the first of the three-match series, he bowled brilliantly but Australia lost. They lost the second too, without him. When recalled for the final game, Zampa bagged 3/25 and the Man of the Match award. On Thursday, yet again against Sri Lanka, he bagged the same award.

Most of the Australian expatriates are extremely fond of speaking highly about their cricket team’s feats. Looking forward to the team regaining their invincible tag, an Australian fan even wore a T-shirt with the words “The Invincibles” — a nickname earned in 1948 on Australia’s tour of England, in which they won every match — on Thursday.

Love for the game

Sri Lankans living in the UAE enjoy their cricket. Win or lose, they love to cheer on their team. At Thursday’s game against Australia, which they eventually lost, whenever the giant scoreboard displayed “Live the game, Love the game” the fans danced to the drum beats. Many of them also play the game regularly, representing various teams in the domestic tournaments.

One of the leading cricket academies in the UAE, Desert Cubs, is run by the Sri Lankans, and the Lanka Lions Cricket Club was once the strongest team in domestic cricket.