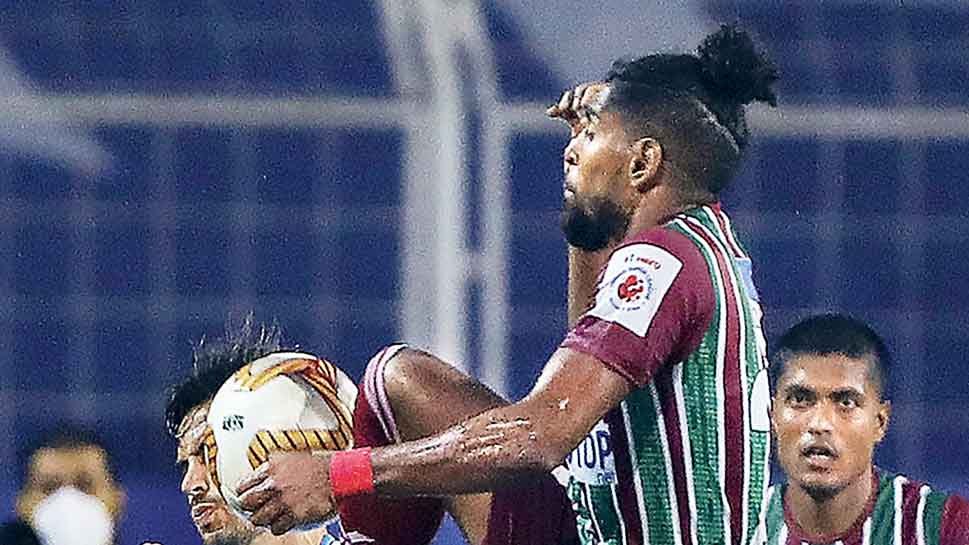 ATK Mohun Bagan rode a Roy Krishna strike to beat Jamshedpur FC 1-0 in an ISL VII match at the Nehru Stadium in Fatorda on Sunday. ATK Mohun Bagan are now on top of the league table with 36 points from 17 matches. Mumbai City (34 points) can reclaim pole position if they beat Bengaluru FC on Monday.

Krishna broke the deadlock in the 85th minute after David Williams did well to direct the ball to him on the left flank. The Fijian, who was closed in by Peter Hartley, then picked up his spot and sent the ball at the back of the net.

The result also meant that Jamshedpur’s chances of making it to the play-offs are all but over.

The first half was a cagey affair with both teams adopting a rather cautious approach.

Bagan though soon took the upper hand. They had a penalty shout as early as the seventh minute when Krishna went down in the box, under pressure from Hartley, after being fed by Williams. However, the referee ruled otherwise.

There were a few chances in the opening half-hour with Marcelinho going closest in the 28th minute when he crashed a shot against the side netting. Bagan had another good opportunity soon after when Sandesh Jhingan’s quick free-kick found Williams. His low shot was diverted by Jamshedpur goalkeeper TP Rehenesh.

Jhingan had an opportunity off a corner at the stroke of half time but he missed his chance to head the ball in.

Earlier, NorthEast United FC (NEUFC) continued their unbeaten run and defeated Odisha FC 3-1 to climb to the third spot at the Tilak Maidan in Vasco.

Goals from Luis Machado (9th and 24th) and Deshorn Brown (19th) helped the Highlanders strengthen their chances of qualifying for the play-offs.