Advertisement
Home / Sports / Pink-Ball Test: Punam Raut walks despite being given not out, opinions divided

Pink-Ball Test: Punam Raut walks despite being given not out, opinions divided

Former coach WV Raman says incidents like these keep the sanity of the game intact; Snehal Pradhan disagrees with batter 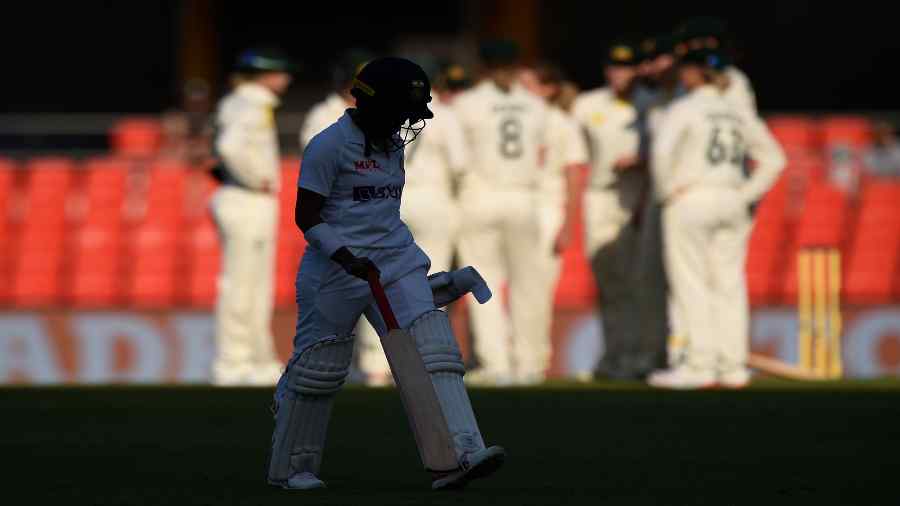 Vagaries of the weather couldn't stop Punam Raut from shining bright in Carrara.

On Day Two of the Pink Ball Test between India and Australia on Friday, Raut decided to walk off despite being given not out by the on-field umpire. She was dismissed caught behind for 36.

The video is going viral on the Internet:

Former coach WV Raman lauded Raut's gesture but stressed he would not question the senior batter if she doesn't do the same thing in a similar situation in the future. In an interview with Sony Sports, he said, "These are things that happen instinctively. I am glad she did that because she is the senior-most cricketer. She is really experienced. We need things like these to happen because it keeps the sanctity of the game intact. In the future, if she doesn't walk, people are going to really talk about that also. The other thing is, in the future, if a situation like this comes where she has to retain her place, will she walk in a similar situation? That is something that we will have to look at."

But former cricketer Snehal Pradhan does not agree with what Raut has done. "The spirit of cricket is a concept that probably does more harm than good. We've got the rules, they should be enough," Snehal was quoted as saying by ABC Sport.

Spirit of cricket my A$s!! Its clearly an insult to umpire!

How Day Two panned out

Rain wiped out a significant part of the second day's play after opener Smriti Mandhana stole the limelight with a magnificent maiden Test hundred in the historic women's day/night match. India were 276 for five in 101.5 overs when lightning forced the players indoors some time after the dinner break, meaning more than a session's play was wasted due to inclement weather. The lightning was followed by rain, rendering the outfield wet.

The Carrara Oval's excellent drainage system notwithstanding, play could not resume as the outfield needed more than a few hours to dry, even after the super-sopper was employed by the proactive ground-staff.

The umpires inspected at 8.30 pm local time before arriving at the decision to call off the remaining day's play, the second time after a similar experience during the opening day's play on Thursday.