Djokovic banished the ghosts of wildcards past by despatching Japan’s Tatsuma 6-1, 6-4, 6-2 to sail into third round 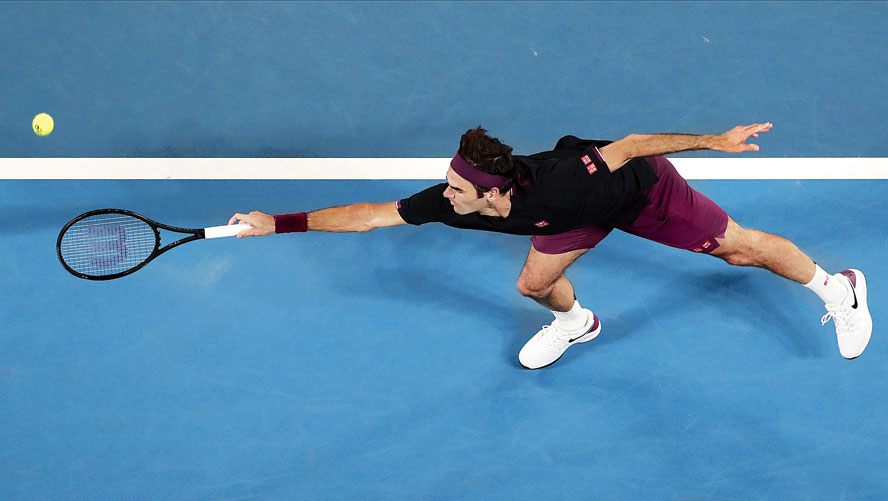 Ruthless Swiss master Roger Federer Wednesday said he had “plenty left in the tank” as he kept intact his 20-year record of reaching at least the third round of the Australian Open after crushing Serb Filip Krajinovic.

The six-time champion first played at Melbourne Park in 2000 and has gone on to make the semi-finals or better on 14 occasions, with no exits before Round III. The 38-year-old third seed dominated the 41st-ranked Krajinovic 6-1, 6-4, 6-1 on Rod Laver Arena.

Defending champion Novak Djokovic banished the ghosts of wildcards past by despatching Japan’s Tatsuma Ito 6-1, 6-4, 6-2 to sail into the third round.

The World No. 2 was famously knocked out of the second round at Melbourne Park by Uzbek wildcard Denis Istomin three years ago. He had no such problem against Ito. .

Djokovic fired down 16 aces and racked up 31 winners in a 95-minute romp. Greece’s Stefanos Tsitsipas was handed a slice of fortune when Philipp Kohlschreiber withdrew injured.

Fifteen-year-old prodigy Coco Gauff set up a blockbuster date with defending champion Naomi Osaka, as Serena Williams screamed and shouted her way into the third round.

Former World No. 1 Caroline Wozniacki, playing her final tournament before retiring, came from behind in both sets for a 7-5, 7-5 win over Dayana Yastremska of Ukraine. Serena shouted at the top of her voice during a testing second set against 70th-ranked Tamara Zidansek, before seeing off break points to win 6-2, 6-3.

Earlier, World No. 1 Ashleigh Barty raced through 6-1, 6-4 against Polona Hercog.

India’s Divij Sharan and New Zealand partner Artem Sitak progressed to the second round of men’s doubles but Rohan Bopanna and partner Yasutaka Uchiyama were knocked out. Sharan and Sitak defeated Portuguese-Spanish duo of Pablo Carreno Busta and Joao Sousa 6-4, 7-5. Bopanna and Uchiyama went down to Bryan brothers Bob and Mike 1-6, 6-3, 3-6.

Sania Mirza has pulled out of the mixed doubles to protect her calf from a strain but will compete in the women's doubles with Ukrainian partner Nadiia Kichenok.